Home » Business » US Energy Dept. Uses Blockchain To Save Power Plants From Cyberattacks 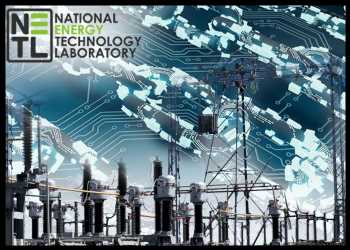 US Energy Dept. Uses Blockchain To Save Power Plants From Cyberattacks

The U.S. Department of Energy is to develop a line of defense using blockchain technology to prevent cyberattacks targeting the country’s power plants.

Using a $1-million grant provided by NETL, the Colorado-based company is exploring how blockchain technology can be used to secure a power plant, where a distributed ledger of all sensor, actuator and device transactions is kept. Because the storage of this information is decentralized, there is no single point of failure.

Other applications under development in this project will enable secure energy transactions to protect process data at power generation facilities as well as increase grid reliability and integrate a more decentralized energy infrastructur, the energy agency said in a statement.

Accurate information on the status of power plant operations is critical for electric grid security.

One method of cyberattack involves compromising a system so that it appears operational when it has actually been shut down by the hackers, leaving millions without power.

A similar attack carried out by cyber criminals targeting a power plant in the Ukraine had caused widespread power outages during winter in 2016.

NETL claimed that the applications being developed in the electric grid security project have the potential to thwart such attacks by preventing hackers from altering the plant’s operational information.

This effort to secure power generation infrastructure is part of DOE’s Office of Fossil Energy Sensors and Controls program.

Trump says Europe will be a 'massive buyer' of US natural gas. There's one slight problem with that