US stocks fall as investors mull how stimulus will impact inflation 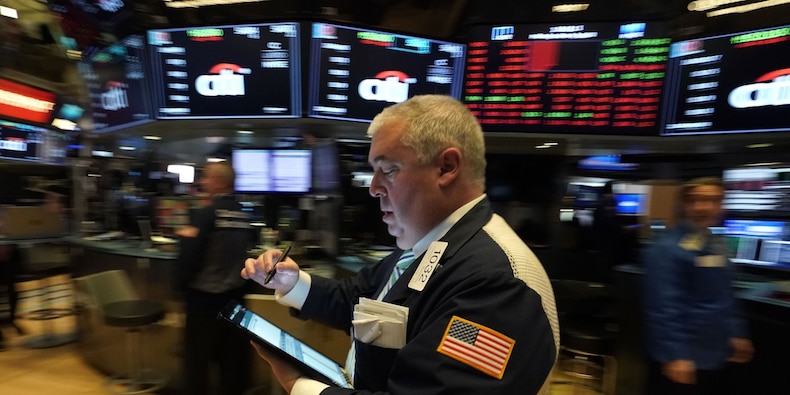 US stocks fell Monday morning as investors remained cautious that a large federal stimulus, coupled with surging commodity prices and rising government bond yields could lead to a rise in inflation, just as the world economy is starting to bounce back from the coronavirus pandemic.

The yield on the benchmark 10-year US Treasury note is around 1.37%, its highest in a year, having doubled in the space of six months.

“Near-term Treasury bond prices are likely to remain under pressure as yields rise in anticipation of the economic re-openings that lie ahead. That said, in our experience the bond market has been known to project its expectations for inflation well beyond levels that are justified by the trends in the actual inflation rate,” said John Stoltzfus Oppenheimer Asset Management chief investment strategist.

Here’s where US indexes stood after the 9:30 a.m. ET open on Monday:

“Big Short” investor Michael Burry warned over the weekend that rampant speculation and widespread betting with borrowed money has driven the stock market to the brink of collapse.

“Speculative stock #bubbles ultimately see the gamblers take on too much debt,” the investor tweeted, along with a chart showing the S&P 500 index and levels of margin debt both soaring in recent months. “The market is dancing on a knife’s edge,” Burry said.

Toast Inc, a cloud-based restaurant-software provider, is planning an initial public offering that could value the firm at around $20 billion, the Wall Street Journal reported.