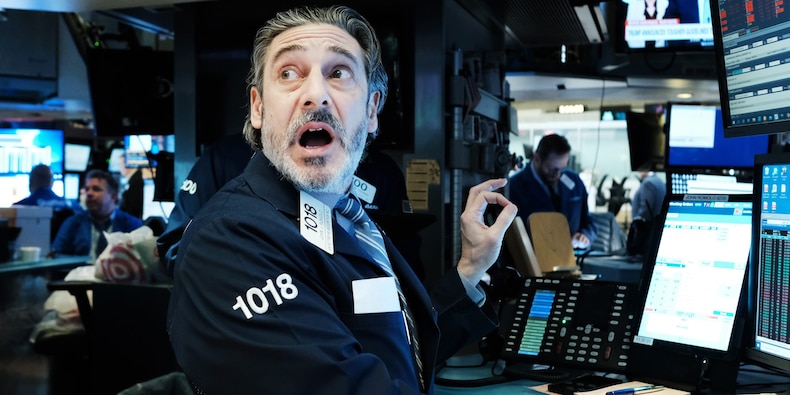 US stocks were poised to open slightly higher on Thursday after Fed Chairman Jerome Powell and Treasury Secretary Janet Yellen said on their second day testifying before Congress the economy is healing, but there is still a long way to go.

Powell said the US government had avoided the worst outcomes of the coronavirus pandemic, having adopted aggressive spending measures and a low interest rate environment over the past year.

Futures on Dow Jones, S&P 500, and Nasdaq rose between 0.2% and 0.4%, suggesting a slightly higher open at the start of trading later in the day.

Three more US states – Utah, Idaho, and Louisiana – have expanded vaccine eligibility to all adults in the coming weeks.

European Union leaders are will hold a virtual summit to discuss boosting vaccine supplies and their rollout across the bloc. US President Joe Biden is expected to make a guest appearance to talk about EU-US relations.

The EU announced tougher proposals on Wednesday that could restrict the export of vaccines from the 27-member bloc. The UK could be one of the major losers of that proposal, because although its own rollout is ahead of the EU, it is reliant on the bloc for imports of the vaccine itself, as well as several key components.

“Not only will (the summit) see EU leaders discuss whether to ban vaccine exports, it could further set the tone of the UK’s post-Brexit relationship with the bloc,” Connor Campbell, a financial analyst at SpreadEx, said.

Germany backpedaled on a plan for a five-day lockdown over Easter, after Chancellor Angela Merkel called the decision a “mistake.” Case numbers are continuing to rise in multiple countries across the region, with Belgium announcing an early school closure and Poland reporting a record daily count of almost 30,000 cases.

The regional stock indices were little changes on the day. London’s FTSE 100 rose 0.2%, the Euro Stoxx 50 fell 0.1%, and Frankfurt’s DAX was about flat.

In Asia, stocks edged lower after the US securities regulator began to enforce a law that could delist Chinese firms from American exchanges. The Holding Foreign Companies Accountable Act became law under the Trump Administration on December 18, 2020.

The crucial Suez Canal is reportedly still blocked by the 400-metre-long “Ever Given” container ship, which has halted the route through which 12% of global trade passes, according to Deutsche Bank.

Oil prices fell on Thursday, shrugging off the ongoing traffic jam, with Brent crude falling 1.3% to $63.55 a barrel and West Texas Intermediate falling 1.6% to $60.16 a barrel.