(Reuters) – U.S. stocks headed lower on Wednesday, as a selloff in healthcare stocks extended for a second day, overshadowing a rally in chipmakers led by Qualcomm. 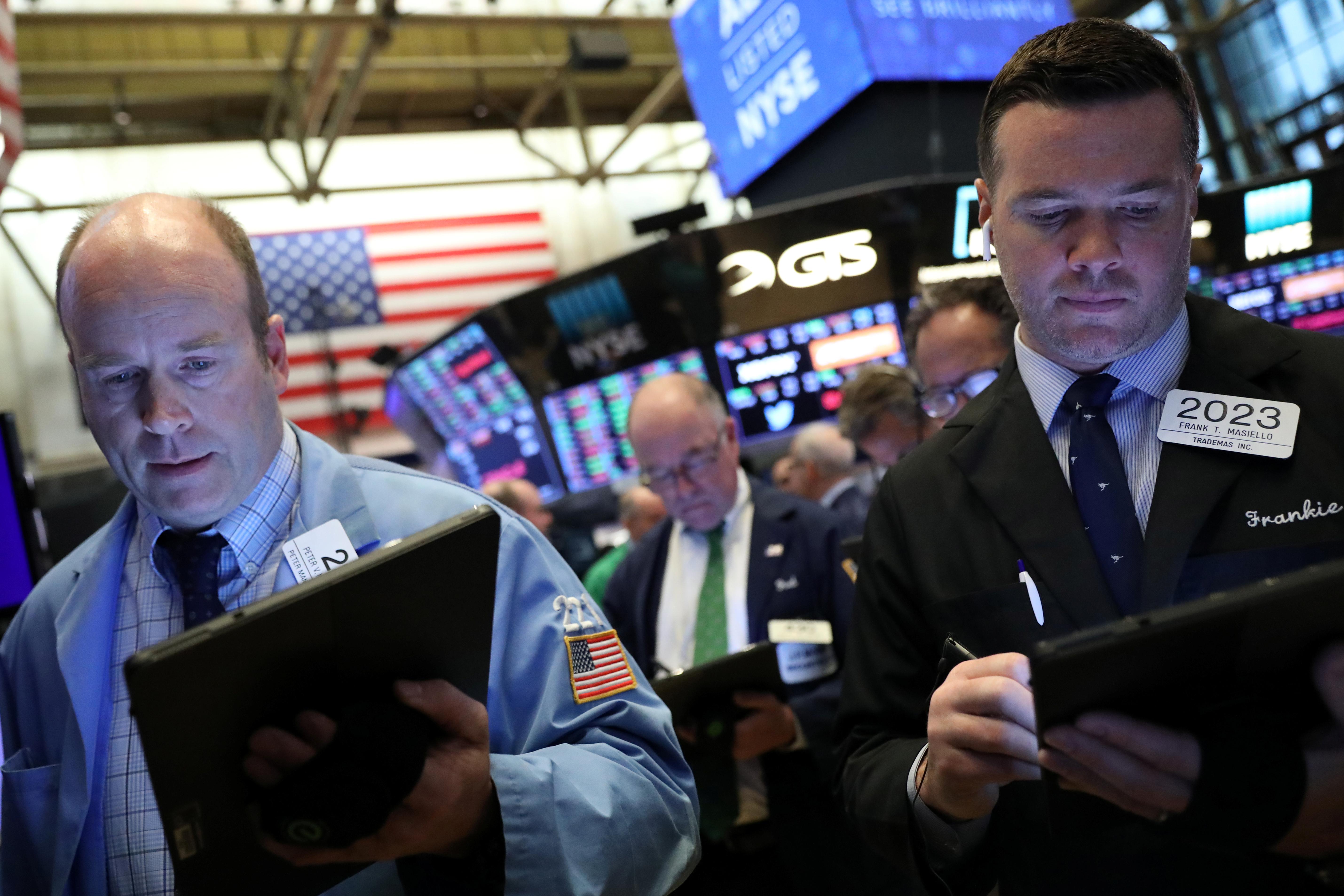 The S&P healthcare index tumbled 2.5%, on pace to wipe out its yearly gains over concerns about potential changes to healthcare policy as 2020 presidential election looms.

“With a Democrat-controlled Congress, there is definitely more talk on regulating the sector and drug prices, which has negative headline risks,” said Matthew Granfki, director of strategy at Los Angeles-based Miracle Mile Advisors.

UnitedHealth Group Inc, Pfizer Inc and Merck & Co fell more than 2% and were the biggest drags on the broader S&P 500 index.

The weakness in healthcare stocks stalled early optimism after data showed China’s economy unexpectedly steadied in the first quarter, assuaging concerns about a slowdown in the world’s second-largest economy amid a trade war with the united States.

Chipmakers, which get a huge portion of their revenue from China, rallied, with the Philadelphia chip index rising more than 1%.

The top gainer was Qualcomm Inc, surging 10.4% after winning a major victory in its legal dispute with Apple Inc that called for the iPhone to once again use Qualcomm modem chips.

Intel Corp, up 3.4%, said it was exiting the 5G smartphone modem business.

With first-quarter earnings season in full swing, analysts now expect S&P 500 profits to have dropped 1.8% year-on-year. Though a solid improvement over recent estimates, it would still mark the first earnings contraction since 2016.

Of the 54 S&P 500 companies that have posted results so far, about 80% have beaten estimates, according to Refinitiv data.

“Investors were overly pessimistic about Q1 earnings, and so far you’ve seen a few beats and that will continue going forward because there is so much of negative expectations built in,” Granfki said.

United Continental Holdings Inc advanced 4.7% after a better-than-expected jump in quarterly profit and fueled a 1.22% rise in the Dow Jones transport index.

An outlier among tech stocks was International Business Machines Corp, down 3.8% after reporting a bigger-than-expected drop in quarterly revenue.