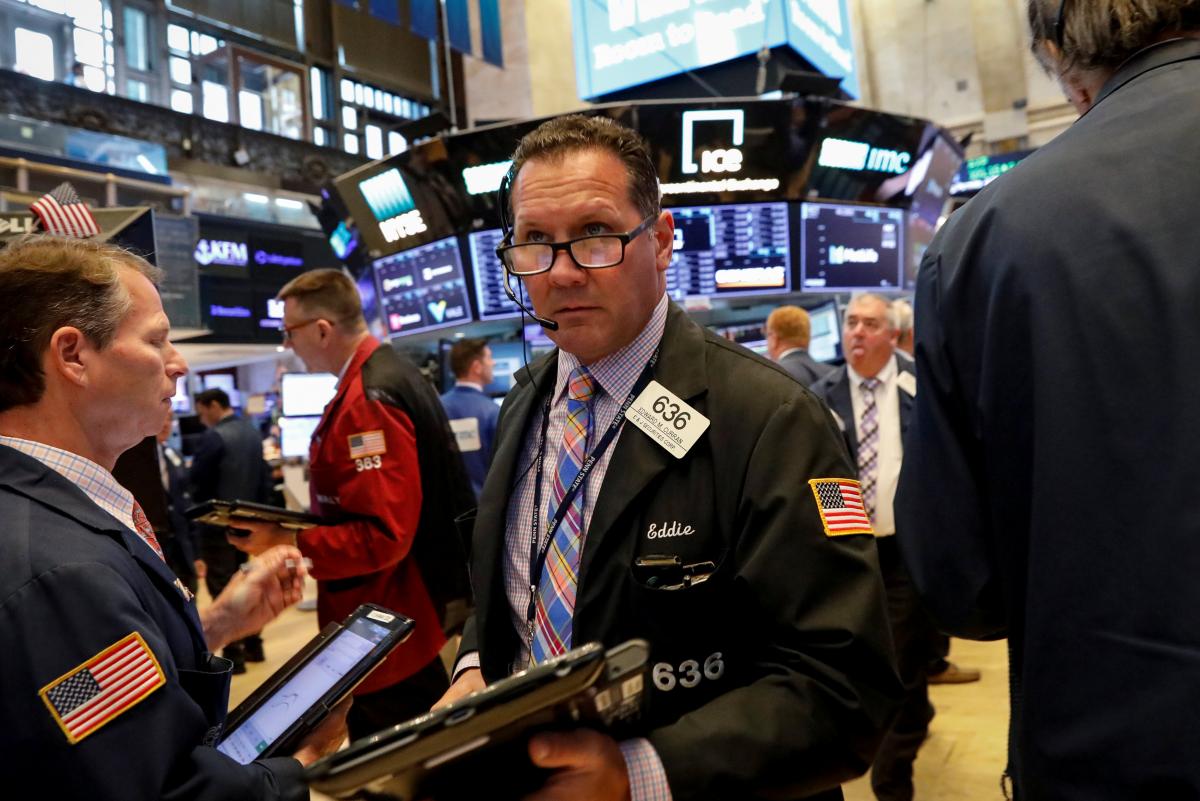 (Reuters) – U.S. stock indexes dipped on Monday, led by losses in shares of Amazon and technology companies, as investors awaited quarterly reports from a host of marquee names to gauge the impact of an escalating trade conflict between the United States and China.

Amazon.com (AMZN.O) slipped 1.4 percent and was the biggest drag on the benchmark S&P 500 and the Nasdaq after U.S. President Donald Trump renewed his attacks on the online giant.

A drop in shares of chipmakers such as Intel (INTC.O), Nvidia (NVDA.O), Micron (MU.O) also pressured the index, the biggest decliners among the 11 main S&P sectors.

Investors are also worried that the U.S.-Sino trade war could spill over to the currency markets. Trump has criticized the dollar’s strength, while accusing China of manipulating the yuan, which Beijing has denied.

“We have a whole plate of issues for investors to deal with, including currency manipulation, which is going to tie into the trade war,” said Andre Bakhos, managing director at New Vines Capital LLC in Bernardsville, New Jersey.

“Investors are waiting for more earnings news to create a convincing direction for the market.”

About 180 S&P companies, including Ford Motor (F.N), 3M Co (MMM.N) and Boeing (BA.N), as well as a host of high-flying technology names such as Facebook (FB.O), Twitter (TWTR.K) and Intel (INTC.O) will report later in the week.

Second-quarter earnings season has been healthy so far, with analysts’ profit growth forecast now at 22 percent, up from 20.7 percent on July 1, according to Thomson Reuters I/B/E/S.

Hasbro (HAS.O) rose 11.1 percent, the most on the benchmark S&P 500, after the toymaker’s quarterly revenue and profit topped analysts’ estimates.

Investors are also tracking the bond market, where yield on the U.S. 10-year Treasury note US10YT=RR hit a one-month high of 2.90 percent.

The financial sector .SPSY rose 0.81 percent, the most among the three S&P sectors trading higher.

Tesla’s shares (TSLA.O) fell 5.2 percent after a report that the electric car maker has turned to some suppliers for a refund of previously made payments in a bid to turn a profit.

Hospital operator LifePoint Health (LPNT.O) surged 33.8 percent on agreeing to be bought by Apollo Global Management LLC (APO.N) in a deal valued at about $5.6 billion.