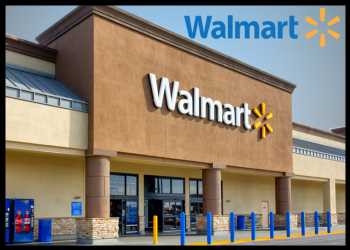 Walmart Inc. has stopped displaying the Mississippi state flag from outside its stores as it includes the Confederate battle flag, a symbol of racism for many.

The decision comes amid the increasing efforts to remove memorials related to the Confederacy following protests against racism and police brutality that arose after the killing of African-American George Floyd.

Generally, the retail giant displays the local state flag in its US stores. In Mississippi, there has been efforts for long to remove the Confederate emblem from its flag that has flown over the state since 1894. As of January, Walmart had 85 stores in Mississippi.

The latest move is said to be in line with Walmart’s 2015 decision to ban the sale of Confederate flag merchandise, along with other retailers including Amazon, Sears, and eBay. The then decision was after a shooting at a historic African-American church in Charleston, South Carolina.

Nikki Haley, Governor of South Carolina at that time, signed legislation calling for the removal of the Confederate flag from the State Capitol.

In Mississippi, many public universities reportedly have stopped flying the state flag.

The city of Gulfport, Mississippi, unanimously passed a resolution last week, urging the Mississippi Legislature to respectfully retire the flag, acknowledging that for many it is “a painful reminder of past days of transgressions in this State and has also been used by some as an image of hatred, divisiveness, and violence.”