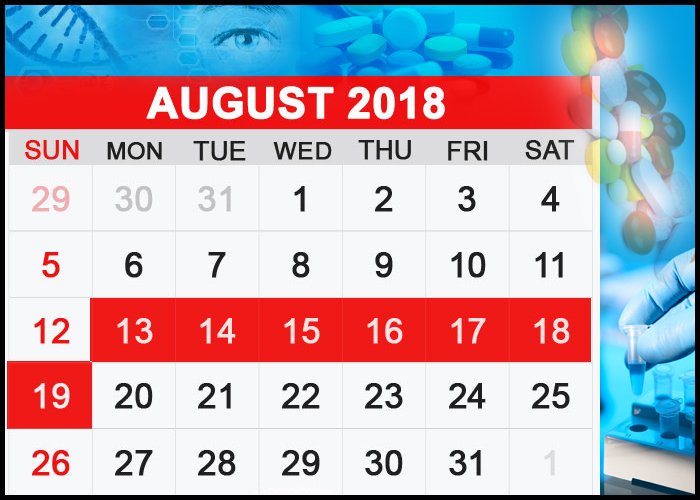 Week Ahead In Pharmaceuticals: 5 Stocks To Watch (REGN, PFE, ALT…)

The week that passed by was an action-packed one for the pharma sector, with a number of “firsts” happening on the regulatory front.

The FDA approved Apotex Inc.’s potassium chloride oral solution USP, 10% (20 mEq/15 mL); and 20% (40 mEq/15 mL) on August 8 as the first generic drugs to receive a Competitive Generic Therapy (CGT) designation. Potassium chloride is indicated for the treatment and prevention of hypokalemia (low potassium blood levels) in patients who are on diuretics, and when dietary management with potassium-rich foods is insufficient or diuretic dose reduction is not possible.

Annovera, the vaginal contraceptive system, developed by the Population Council, and licensed to TherapeuticsMD Inc. (TXMD), was greenlighted by the FDA on August 10, becoming the first vaginal ring contraceptive that can be used for an entire year.

Another first on the regulatory front is the FDA approval of Amicus Therapeutics Inc.’s (FOLD) Galafold (migalastat) on August 10. It is the first oral medication to be approved for the treatment of adults with Fabry disease.

While it was all good news on the regulatory front on Friday, it was a heartbreaking day for investors of Gemphire Therapeutics Inc. (GEMP). The stock touched a new low, following the Company’s decision to terminate its phase IIa trial of Gemcabene in pediatric non-alcoholic fatty liver disease due to unanticipated problems.

Now, here are some of the pharma/biotech stocks and upcoming events to keep an ear out for in the coming week.

The FDA is slated to announce its decision on Regeneron Pharmaceuticals’ supplemental Biologics License Application for a 12-week dosing interval of EYLEA Injection in patients with wet age-related macular degeneration. The expected decision date is August 11, 2018.

For wet AMD, the current recommended dose for EYLEA is 2 mg administered by injection in the eye every two months (eight weeks) following three initial monthly (every four weeks) injections. EYLEA may also be dosed once per month.

Pfizer has sought FDA approval for Lorlatinib in the treatment of patients with anaplastic lymphoma kinase (ALK)-positive metastatic non-small cell lung cancer previously treated with one or more ALK tyrosine kinase inhibitors, and a decision is expected in August.

Though no specific date for the decision in August has been announced, we estimate that the decision could be announced on August 13 based on the review timeline of 6 months from the acceptance of the New Drug Application for priority review.

Lorlatinib was specifically designed to inhibit tumor mutations that drive resistance to other ALK inhibitors like Pfizer’s very own non-small cell lung cancer drug Xalkori and to penetrate the blood brain barrier.

The FDA decision on Vertex Pharma’s (VRTX) supplemental New Drug Application seeking approval of Ivacaftor in children with cystic fibrosis aged 12 to less than 24 months is expected to be announced on August 15, 2018.

Ivacaftor, under brand name Kalydeco, is already approved for the treatment of cystic fibrosis in patients age 2 years and older who have one mutation in the CFTR gene that is responsive to Ivacaftor.

The FDA decision on Bristol-Myers Squibb’s blockbuster cancer drug Opdivo in the proposed use of treating patients with small cell lung cancer whose disease has progressed after two or more prior lines of therapy is expected on August 16, 2018.

Safety and immunogenicity data from phase I study of single dose NasoShield anthrax vaccine are expected in early 3Q, 2018.