Home » Business » This Year’s Tour de France Has Been Crazier Than Ever. How Will It End? 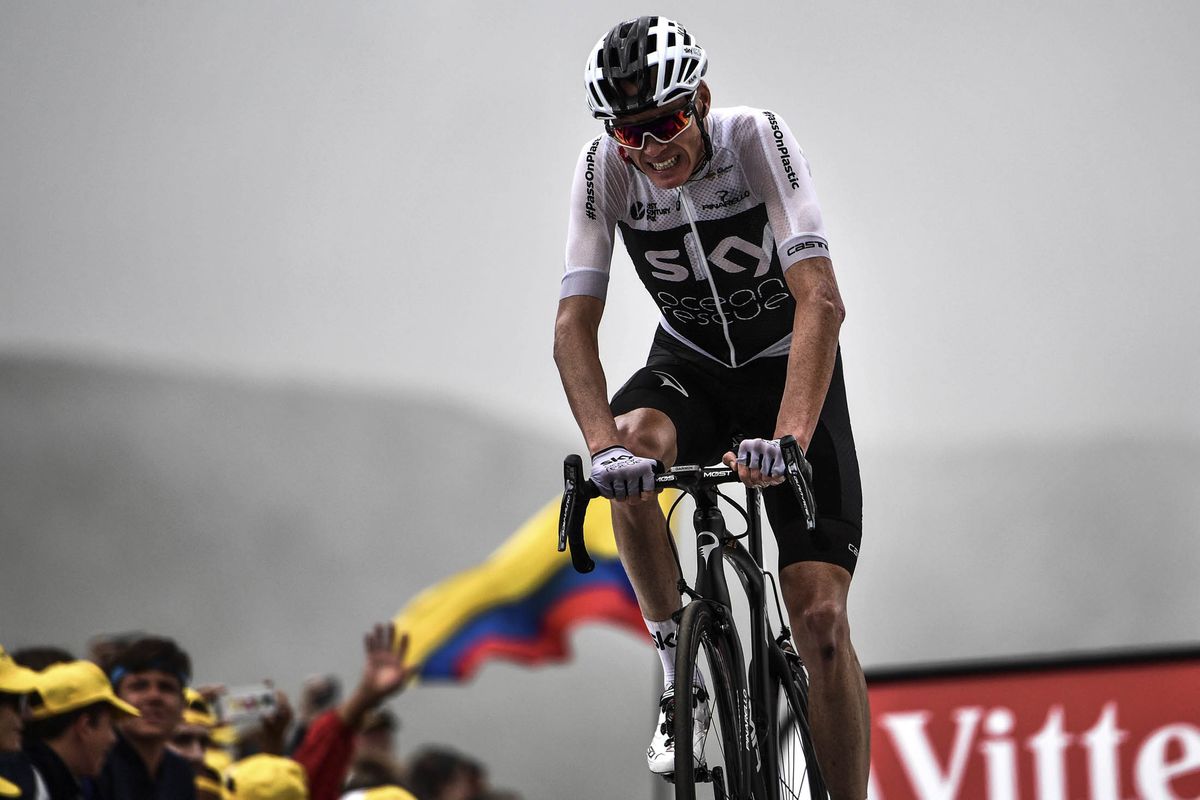 This Year’s Tour de France Has Been Crazier Than Ever. How Will It End?

If you haven’t been watching the Tour de France so far, you’ve missed a whirlwind of a race.

This year’s event took one of the sporting world’s most difficult feats and set it on an even more challenging course, one with death-defying cobblestones and vertigo-inducing climbs. Before the race concludes at the Arc de Triomphe in Paris on Sunday, it’s time to catch up on some of the more hard-to-believe highlights, and then join the 3.5 billion people who are already glued to this year’s wild and crazy ride.

1. A new star was minted and almost immediately dethroned

At the race’s start line in the island of Noirmoutier-en-L’ile, the veteran boldface sprinter (and self-dubbed “Tour-minator”) Peter Sagan was pitted against rising star Fernando Gaviria, who was in his first Tour de France. At the end of Day One, it was the baby-faced 23-year-old who came out victorious. Gaviria crossed the finish line in Fontenay-le-Comte with arms wide open to claim thefirst yellow jersey in 15 years for his home country, Colombia.

On the same day, four top riders crashed or had mechanical problems. Sagan offered no such excuse, simply saying: “He is faster than me.” The Slovakian legend, who counts 109 career wins, also voiced a few words of caution. “We will see,” he told the press. “Maybe I will wait for some mistake [so that I can overtake him]. We will see the next days on the climbs.”

Turns out, Sagan was correct: Though Gaviria would win a sprint stage three days later, the young ridereventually abandoned the race during stage 12, a 109-mile trek through the Alps, where the sheer verticality was ill-suited to the sprinter’s skill set.

2. The predicted winner was banned, allowed back in, kicked, booed, and then demoted

Four-time TDF champion Chris Froome may be the biggest name in cycling in 2018—but his celebrity isn’t without controversy. At the start of the month, the star of Team Sky wasundergoing a doping investigation following a medical test that showed excessive use of a legally prescribed asthma medication. The sport’s leading agencies, the International Cycling Union and the World Anti-Doping Agency, dropped the case and cleared Froome’s name just in time for the race to begin.

But spectators had already made up their mind. As the athlete has gone through the race’s 23-day, 2,069-mile course, he’s been booed, spit on, kicked, and pummeled with questionable bottles of yellow fluid. Whether or not it’s had an effect on his performance is up for debate. But Froome’s fifth Tour win (which would tie the all-time record for most TDF wins) is looking less likely going into the final stages.

In an unlikely twist, Froome’s Team Sky colleague Geraint Thomas—whose job in the race, initially, was to support Froome toward victory—took the yellow jersey in stage 11 and hasn’t let go of it since. After Froome lost ground to Thomas during stage 17 from Bagnères‑de‑Luchon to Saint-Lary-Soulan, the senior rider seemed to concede. “‘G’ has ridden such an amazing race he deserves to be in yellow and fingers crossed he holds it until Paris,” he said of Thomas. “I’ll still fight for the podium and obviously we want to see ‘G’ up there in yellow,” he added, demoting himself from star to supporting teammate. Thomas now seems all but certain to win in Paris, but one big surprise remains unconfirmed. After Friday’s stage 19, the last day in the mountains, Froome lost ground and fell into a tenuous fourth position, leaving fans wondering if the star will will make it onto Sunday’s podium at all.

3. Everyone got maced by accident

On a partly cloudy day in the Pyrenees city of Carcassonne, just 16 miles into a grueling 135-mile stage 16, the race came to a sudden halt. First it was a literal road block—bales of hay—that stopped the front riders, including Chris Froome and Geraint Thomas. Then it was tear gas. The cause? French police were responding to a farmer’s protest in one of the villages alongside the race route. The gas took out at least a half-dozen marquee riders and caused officials to pause the race for 15 minutes.

4. Spectators took out a top rider

“The Tour de France lost one of its best riders because of stupid fans on Alpe d’Huez,” read the headline from sports news site SBNation, and it couldn’t have been better put. Though the estimated 12 million spectators that line the Tour de France route are one of the aspects that make the race so fun to watch—with their inane costumes and antics—the narrative took a different turn on July 19.

Two and a half miles from the stage 12 finish line, a collision between a fan and Italian rider Vincenzo Nibali sent the yellow jacket contender to the hospital with a fractured vertebra. Why not protect riders from this so-called stranger danger? The sport’s insiders say it’s nearly impossible to secure and police a 2,100-mile route.

5. One big record was clinched—but not the one people expected

Froome’s quest to join the innermost circle of all-time greats may have been cast aside, but another record is within reach on Sunday under the Arc de Triomph. Remember Peter Sagan, the veteran who was initially outdone by the novice? In a high-speed version of the turtle and the hare, Sagan is set to claim his sixth green jersey—the prize for the best sprinter—tying an all-time record set by German racer Erik Zabel in 2001. Sagan has been so dominant, he reached a mathematically insurmountable lead in the green jersey competition midway through stage 16. Perhaps that makes his victory the only sure bet when the racers cross the finish line in Paris.

New Zealand Gave a $330,000 Grant to Create a Human Catapult

Billionaire Icahn exits Hertz with 'significant' loss after bankruptcy filing
We and our partners use cookies on this site to improve our service, perform analytics, personalize advertising, measure advertising performance, and remember website preferences.Ok