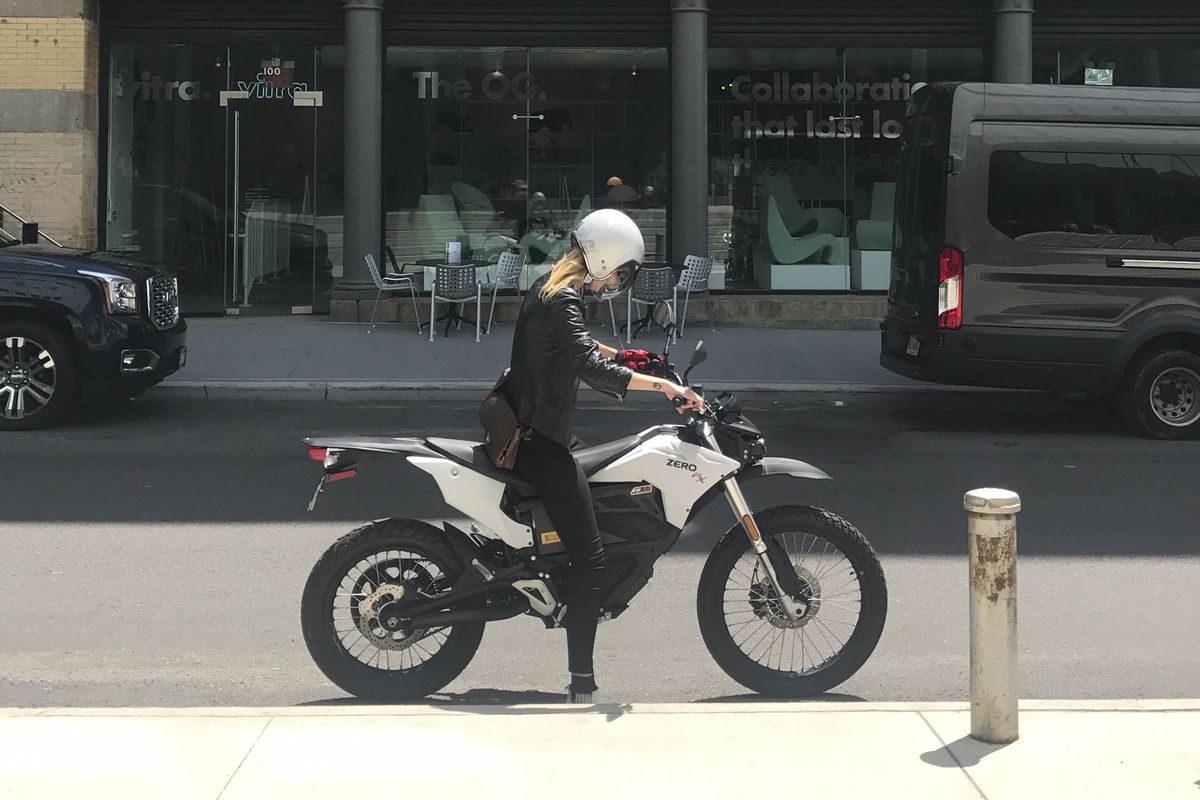 Motorcycles are perfect for impatient people.

They let you weave through traffic, waving at all those suckers stuck in rush-hour gridlock while you glide blissfully by. The only limit to how quickly you reach your destination is the speed at which you feel comfortable doing your duck and bob. (Also maybe the speed limit.)

This, of course, is where electric motorcycles pose a conundrum.

On the one hand, they are the most suited of any two-wheeled contraptions for capitalizing on this need to go fast—their immediate power/torque response when you twist the throttle is thrilling. The fact that they’re literally unstallable means they’re actually faster from the line than most gasoline-powered bikes. And their almost total lack of maintenance means you’re never spending time (and money) at the mechanic.

On the other, they require large chunks of your day just sitting—almost 10 hours for a full charge for some. This is significant considering that some electric bikes can go for barely 20 minutes on a dirt path before needing to re-up. Even on city streets, depending on how aggressively you ride, you could be sitting by your wall outlet more than you’d like.

Zero Motorcycles is at the forefront of manufacturers working to minimize that problem. The California-based company has steadily enhanced the power, range, and suspension in all of its models since I first rode one in 2014. It is targeting city riders more than off-road types, since that is where the larger consumer base sits.

Zero’s new $10,495 FX is lithe like a lynx—silent and smooth-running with squishy shocks and a high dirt bike seat well suited for taller riders. It pours itself like morning milk through heavy traffic and over uneven terrain.

If you like the sound and feel of a vibrating metal beast underneath you, you’ll hate it.

But if you’re someone who yearns to feel free from any whiff of our collective combustion engine baggage, it may be the antidote to your motorcycle-loving impatience.

The FX is a dual-sport machine, both street- and dirt-capable, but the brand definitely is oriented toward the latter. To ride it anywhere off-road, though, I recommend switching out the Pirelli tires it comes with to something rather more knobby. They suited me fine in New York City. Either way, its high-waisted aluminum frame and arched fenders (painted in “Alcatraz White”) look like they can attack back alleys, potholes, and staircases with ease.

With a combined weight of just 289 pounds and the equivalent of 46 horsepower, they certainly can. The Zero FX requires no shifting, since it’s clutch-less, and it features a regenerative system that recharges the power pack when decelerating.

Those capabilities are no different from whatother electric motorcycles offer, but the FX excels in how smoothly and powerfully it handles when it runs.

For the price, it’s better than other electrics out at the moment. Winding my way through the crowded streets of Chinatown—mind the carts and bicycles and human torrent—felt like being able to suddenly walk a tightrope with ease. Its hind wheel sank and then eagerly pushed forward anytime I twisted the throttle. Feelings of exhilaration weren’t far off.

I also loved using the FX on my daily commute from the East Village to Midtown Manhattan—a distance of two miles, but it’s typically a 45-minute drive in morning traffic. It was perfect: There was no pause in acceleration as I switched gears, no clutch-induced dilution of the intensity of the forward-motion, no extra weight hanging like emotional baggage from mechanical components such as, say, an engine.

The FX felt light enough to really whip around, and I loved that I could see over and through traffic because of its high and upright sitting position. (Seat height is 34.7 inches, a bit taller than typical.) The Bosch antilock disc brakes have ABS, so you can’t lock up the rear wheel and do a power slide on this like you’d want to do on dirt, but the Showa suspension components, and the 41mm fork with adjustable compression and rebound damping, plus spring preload adjustability, more than make up for it—they jump to life the moment you squeeze the throttle or turn the handlebars. They make the Zero FX one of the most fun bikes I’ve ridden in years.

Most of the riding I did this past week was in Eco mode; there’s also a Sport mode for the FX, though it saps battery faster, which sufficed with enough response to keep me happy for the duration of my testing. Top speed in either mode is 85mph, though at a range of 92 miles in the city (roughly 40 miles at high speed on the highway) Eco mode is significantly practical. A large battery display like the kind in the top right corner of your phone says exactly how much of a charge you have left in the bike. It would be even better if it said how many more miles that charge offered, but I’ll look to the next generation for that.

A full charge on a standard 110-volt household outlet takes nine hours, or you can use Zero’s $600 hypercharger and do it in four and a half. Another option is to buy the $8,495 version of the ZERO FX, called the ZF3.6, which comes with a battery pack that you can swap out for an instantly full “tank.”

Though not inherent just to this bike, I do have a quibble with the sound of the FX, which is virtually noise-free except for a subtle repetitive chain slap from the belt-driven wheel. Two quibbles, actually. One is that its slight whirring, especially as you decelerate, sounds corny. Appliance-like. I admit it embarrasses my downtown sensibilities to ride a very cool-looking bike that sounds like a Vespa. Will people take me seriously on a motorcycle that sounds like this?  The thought did run through my mind.

The second thing is the very real fact that cars have no idea you’re beside or behind them, especially when splitting lanes, because they can’t hear you coming. The adage “loud pipes save lives” is most often repeated by burly chopper lovers and their consorts as a way to justify the sometimes too-loud rumble of their bikes, but it’s true. Riding up the highway or barreling down a city avenue on a featherweight electric motorcycle amid disgruntled taxi and truck drivers can make you feel very exposed. Riding the Zero FX requires hyper-vigilant defensive riding skills at all times, the same as riding a bicycle in heavy traffic. You can’t assume anyone in a car notices you—ever.

That should be the mentality anytime you get on a motorcycle, whether it’s powered by electricity or not.Riding a Ducati would be no different. But it is worth mentioning.

People on the sidewalk will notice you no matter what. From my informal polling of everyone on bikes or on foot who asked me about it, or snapped a surreptitious photo, it seems to be a hit. I agree. I didn’t want to give it back.