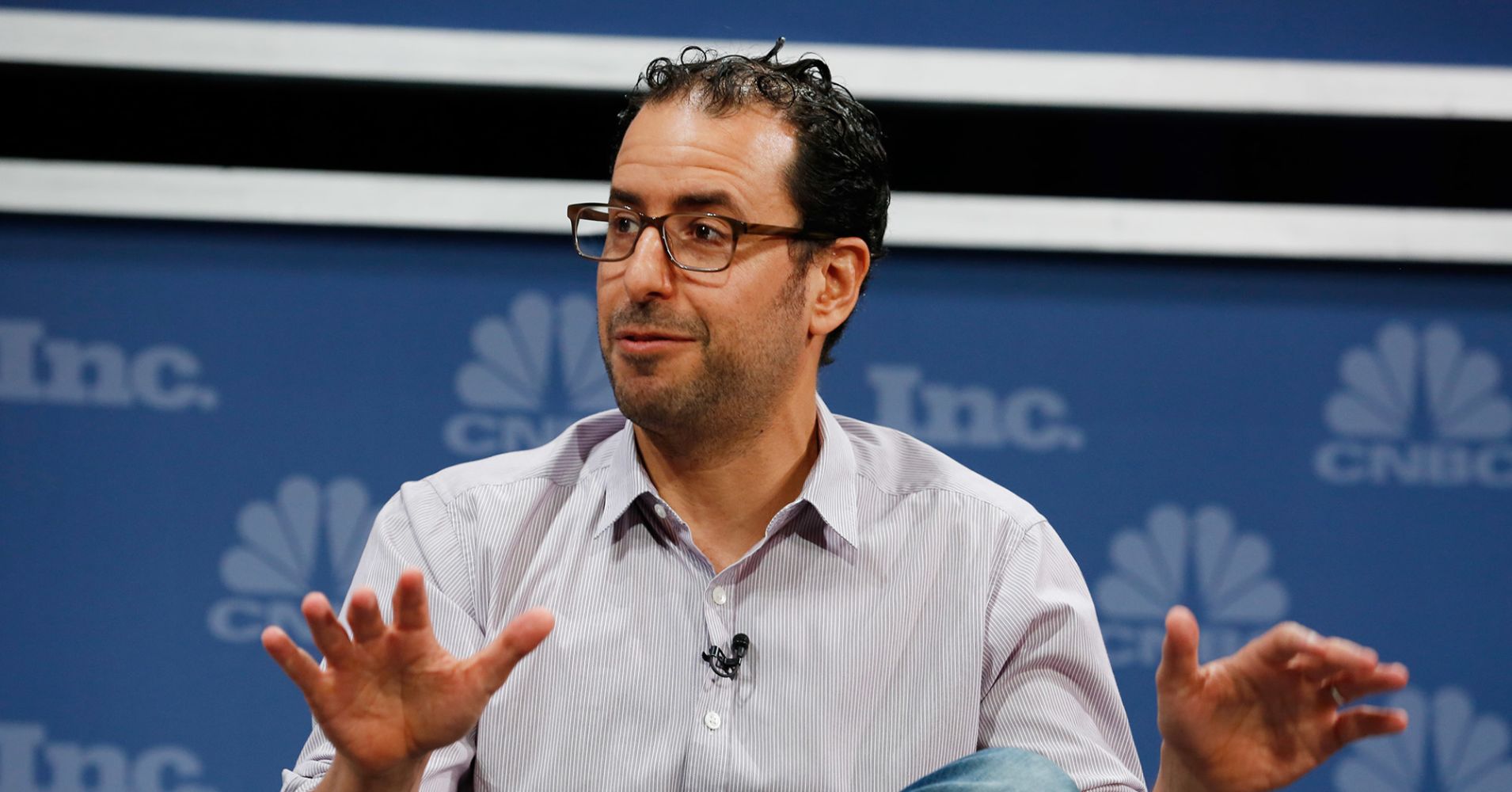 Today, Alberto Perlman, 41, is CEO of the world’s largest branded fitness program, Zumba Fitness. But before he co-founded Zumba, he was an unemployed 24-year-old.

In 2001, Perlman was still reeling from his first business, a start-up accelerator, going bust after the tech bubble burst. He wanted to continue working for himself but wasn’t sure where his next idea would come from. That is until one night at dinner, when his mother, Raquel, mentioned her aerobics instructor who had been selling out classes at a local gym.

Curious if it had business potential, Perlman went to the gym to check out the class. When he got there, there was a line around the corner. Instantly, he knew the instructor, Beto Perez, had tapped into something.

“Some people were turned down because the room was too full,” Perlman tells CNBC Make It. “I didn’t understand why until I saw the class.”

When Perez hit play and the music started, everything clicked. What he saw was fitness without sacrifice — people following Perez’s lively choreography set to Latin music in a way that made them feel like were dancing with friends rather than working out.

“I told him, ‘Why don’t we take what you do, put it on video and let people enjoy it at home?’”

The problem was, no one, not Perlman or Perez nor Alberto Aghion (Perlman’s childhood friend who was brought on after working with him at the defunct accelerator) had the money to make that happen at scale. So they decided to shoot a promo instead.

They grabbed a camera and headed to the beach.

“So we first shot a video with a Handycam … on the beach with 200 of Beto’s class students … and we took that video and started showing it to potential investors,” he says.

Gym chains declined initial pitches to have Zumba classes taught at their locations, and the trio couldn’t garner sales interest at fitness trade shows either, Perlaman says, “but every time Beto would teach a class, everybody said ‘yes’” — the class members’ enthusiasm spoke volumes.

“We knew that the class was powerful, we knew that something was there, so we didn’t give up every time we heard ‘No.’

“That’s different from having a bad idea and not giving up,” he points out. “I see many entrepreneurs have an idea that they’re obsessed with that they haven’t proven … and they won’t give up — and that’s just being stubborn.”

Eventually in late 2001, their persistence paid off. The video the trio shot led to a deal with an Ohio-based infomercial company to create a Zumba workout DVD. While the videos posted impressive initial sales through 2002, after production costs the co-founders were left with little profit.

For Zumba to successfully scale globally, to accomplish what other once-promising fitness crazes like Billy Blanks’ Tae Bo couldn’t do, the business partners had to pivot away from selling Zumba via workout videos. And it all happened as a result of listening to customer feedback.

“I thrive on on customer reaction … I thrive on understanding how they’re viewing what we are delivering,” Perlman says.

In 2003, after hearing customers repeatedly ask about ways they could teach classes mimicking the workout featured in the DVDs, the trio shifted the Zumba business model to certifying instructors. To the co-founders’ collective surprise, more than 150 people interested in becoming Zumba instructors flew into Miami to learn choreography first-hand from Perez.

What followed was years of growing an instructor base, and eventually in 2006, creation of the Zumba Instructors Network (ZIN). On top of a roughly $300, day-long instructor certification course, the company charges instructors $30 a month in exchange for Zumba Fitness’ marketing efforts and class materials, like music and new choreography. Certified instructors are then able to host their own classes at gyms or other local spaces and keep the profits made from their class. By 2012, over 100,000 instructors had signed up to teach classes in over 125 countries, according to the New York Times. Now, the company says Zumba is practiced in over 180 countries, with over 15 million weekly participants.