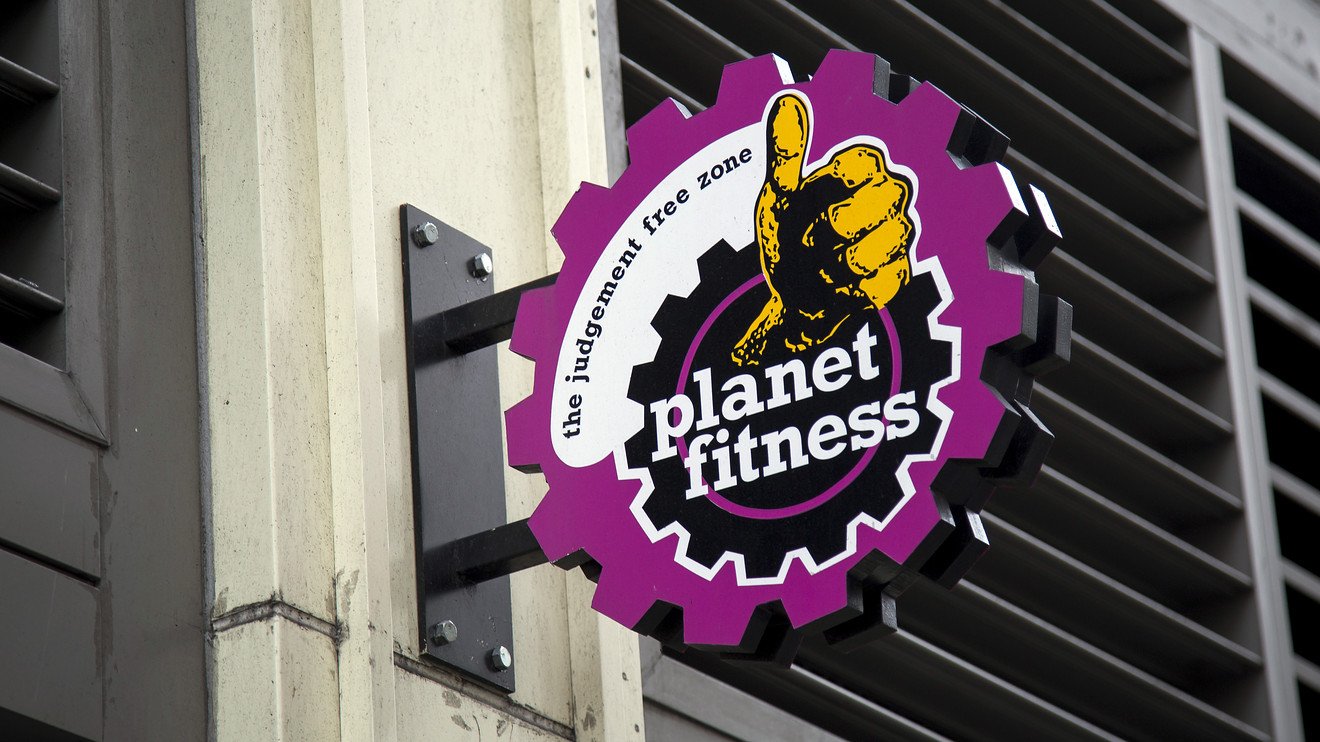 Anyone who followed the stock market during the late-1990s tech craze no doubt has this name seared into the brain: Driehaus Capital Management. The fund group was synonymous with “momo” investing — all the rage at the time.

And why not? It’s still paying off.

Both funds are run by Jeffrey James who has been with Driehaus since the heady days of the tech boom. He joined the firm in 1997 after stints at Lehman Brothers and the Federal Reserve.

At the heart of his system is a late-1990s stock-selection technique called earnings estimate revisions analysis. I studied this system closely back then with several money managers who helped invent it. including John Bogle Jr., who now runs the Bogle Investment Management Small Cap Growth fund BOGIX, +0.50% and Ed Keon and his colleagues at I/B/E/S, now a division of Thomson Reuters.

• Upward revisions to earnings estimates. The starting point here is that Wall Street analysts are conservative by nature. So if they move estimates up by a nickel it probably really means a dime. Thus upward revisions often beget more upward revisions — and this will move stocks up.

• An outlier analyst way ahead of the pack. On Wall Street, it’s a lot easier to be wrong with the pack than wrong on your own. You are less likely to lose your job if “everybody got it wrong.” So when an analyst leaps out of the pack with estimates much higher than the mean, it signals she has a lot of confidence in her numbers. This could signal surprisingly better earnings growth ahead.

By the late 1990s, estimate revisions analysis had fallen out of favor. Many money managers said it got broken by overuse — in other words, it was arbitraged away.

But James says the system still adds value. “Earnings revisions are the No. 1 factor driving stock performance over time,” he says. His funds’ outperformance seems to confirm this.

James also looks for other qualities in companies. A key factor is a new product cycle. Apple’s AAPL, +0.09% iPhone launch 11 years ago is a legendary example. James also likes to see companies gaining market share, benefiting from some big consumer trend, or getting a boost from new management launching fresh initiatives. “We want to find companies with very open-ended growth outlooks where they can beat expectations over the next several years.”

He also looks for macroeconomic trends that may help a sector or a company. In looking at the big picture, James isn’t worried that a recession will soon kill off the bull market

He cites recent new highs for the Conference Board’s Leading Economic Index, or LEI. “Going back to the 1950s, when the LEI makes a new cycle high there’s typically four to eight years left in an economic cycle,” says James. That suggests “quite a bit of sustainability” to this recovery.

He concedes that trade wars pose a risk. But he thinks the benefits from the tax cuts and lighter regulation will win out. “Those are two powerful tailwinds for economic growth.” Citing robust business confidence, he also thinks capital spending and its twin, productivity growth, will finally kick in to support the next leg up. Both have been scarce during this recovery.

As for inflation, another big risk, James is in the camp that says secular forces like globalization and technology will contain price hikes and keep inflation from forcing the Fed to overdo it on interest-rate hikes — one of the key bull market slayers.

Here are six momentum stocks James singles out as favorites from among his current holdings. Domestic small-cap names like these are currently favorites of investors looking for companies that will suffer less in any trade wars. The Russell 2000RUT, +0.09% is up 10.3% year to date vs. just 4.7% for the S&P 500SPX, +0.18% and 1.2% for the Dow Jones Industrial AverageDJIA, -0.06%

Going to the doctor can be so time consuming and annoying, it was only a matter of time until virtual visits came into the mix. TeladocTDOC, +1.46% helps make virtual visits happen by providing the interface and signing up insurers and businesses that manage their own health insurance Teladoc is the largest “telehealth” provider in the world, with over 20 million members. They made over 600,000 virtual visits in the first quarter.

Teladoc definitely has the kind of growth that James likes to see. Earnings grew 47% in the first quarter compared to the same quarter a year earlier, or 109% if you include the gains from the purchase of another telehealth provider called Best Doctors. “Teladoc is by far the largest provider of telemedicine services,” says James, a quality that gives the company a protective moat around its business. Once an insurer or a company pairs off with a telehealth provider “it’s not going to hire a second or third one,” he says.

As baby boomers age, more and more will suffer from breathing issues like emphysema or chronic obstructive pulmonary disease that will require them to use oxygen from a tank. Boomers never liked to be tied down, so they are shunning the heavy stationary tanks and bulky canisters that are typically used.

This helps explain the rapid growth at InogenINGN, +0.31% which offers lighter and more portable systems. Known as Inogen One, its product concentrates oxygen in the air around a patient and delivers it to help with breathing. The company has great earnings growth and estimate revisions. James says consensus earnings expectations for this year are $1.78 per share, compared to $1.25 a year ago. Next year’s estimates are $2.06 a share compared to $1.56 a year ago. “We think the estimates are low,” he says.

When there are problems like system outages, cyberattacks, supply-chain disruptions, storms or even terrorist attacks, managers in companies and government want to quickly get in touch with far-flung employees to implement a plan and track progress. Everbridge’sEVBG, +3.12% software helps them do that. The company delivered over 2 billion communications in 2017.

Everbridge clearly has the kind of growth that James likes. Its customer base nearly quadrupled in the past six years. James expects 30%-35% compound annual earnings growth over the next four years. “Everbridge has the market to itself, and there is a large available market. There is a long runway of growth,” he adds.

This companyAAXN, +1.44% had a good run with tasers. It still sells them. But now they are ubiquitous. So for growth, the company has moved to body cameras. It changed its name from Taser International to Axon — the brand name of its body cameras — to represent the shift.

“Body cams are a commodity,” says James. “The value-add and differentiation is in the software.” Archiving, analyzing and retrieving all that video for delivery to courts and the media is no easy task without the right software. “It has taken years to develop,” says James. Now that the bulk of this investment is in place, profit margins should grow as the company makes more sales.

Shares of this insurance brokerGSHD, -1.30% have more than doubled in price since it began trading after its initial public offering in late April. But James thinks the stock has more to go, given the rapid growth. Sales advanced 36% last year to $42.7 million, and net income grew 85% to $8.7 million.

Goosehead is growing quickly because it offers a different approach to selling homeowner’s, auto and other kinds of insurance. Its sales agents search among offerings from over 80 insurance underwriters to find the best policies for clients. (Goosehead assumes no insurance underwriting risk.) Goosehead handles all the back-office details so that agents can focus on what they do best — selling.

You shouldn’t have to look like a jock to go to the gym. That’s the key message from Planet Fitness PLNT, +0.10% In fact, the less you look like one, the more you probably need to go. Judging by the 11.1% same- store sales growth in the first quarter, following a 10.2% growth rate for all of 2017, this “Judgment Free Zone” approach to marketing seems to resonate. It doesn’t hurt that Planet Fitness charges well below what a lot of gyms charge, or about $10 to $20 a month.

Planet Fitness is also an Amazon.comAMZN, -0.65% play of sorts. No, not because you can’t download exercise. Instead, as Amazon.com puts more brick-and-mortar stores out of business, it’s freeing up great locations for the gym. Planet Fitness had 1,565 gyms at the end of the first quarter, and it plans to double that over the next several years, says James. .

Read: How retirees can benefit from the gym — and it doesn’t have to be that much work

Michael Brush is a Manhattan-based financial writer who publishes the stock newsletter Brush Up on Stocks. At the time of publication, he had no positions in any stocks mentioned in this column.