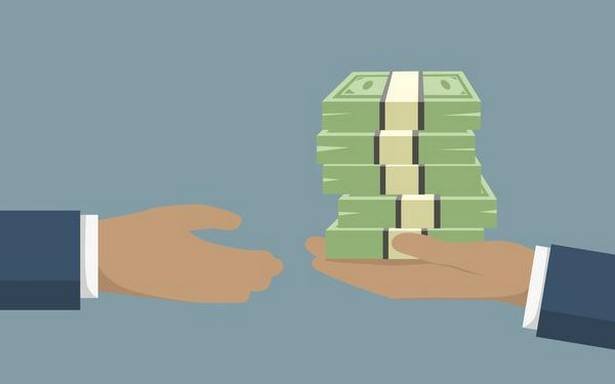 Indian banks reported a total loss of about ₹70,000 crore due to frauds during the last three fiscals up to March 2018, the Rajya Sabha was informed on Tuesday.

The Minister said that data of frauds is as per the year of reporting and not the year of occurrence of fraud or sanction of loan or letter of undertaking, which may might be of an earlier period. The Minister also informed the House that gross advances by SCBs increased from ₹25.03 lakh crore on March 31, 2008, to ₹68.75 lakh crore on March 31, 2014.

On stressed assets, he said the spurt was due to aggressive lending practices, wilful default, loan frauds, corruption in some cases and economic slowdown.

Replying to another question, he said as per RBI data, there were 139 borrowers with aggregate gross NPAs of more than ₹1,000 crore.

Mr. Shukla said the RBI had issued directions to banks in June 2017, instructing them to file applications for initiation of corporate insolvency resolution process (CIRP) under the Insolvency and Bankruptcy Code (IBC) in respect of 12 borrowers. These borrowers had cumulative fund-based and non-fund based outstanding amount of ₹1,97,769 crore as on March 31, 2017.

“It subsequently issued further directions to banks advising them to finalise and implement resolution plans in respect of 29 accounts by December 13, 2017,” he said.

Bill Ackman is betting big on himself
Economy
Industies News