Home » Economy » Why The Dollar Was Key to The 1st Half 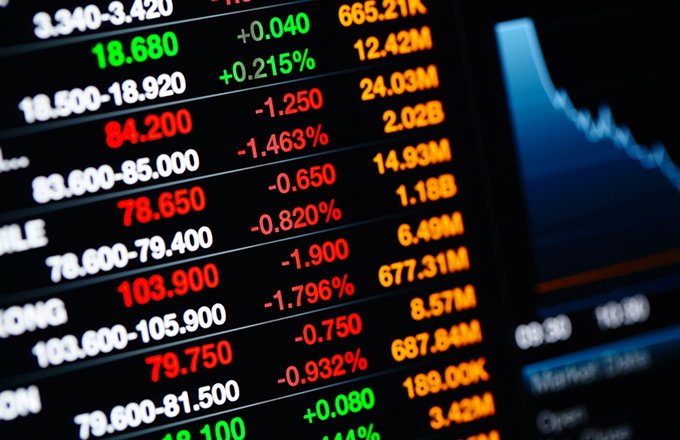 Why The Dollar Was Key to The 1st Half

Like most years since the most recent financial crisis, investors began 2018 with one big question: Is this the year interest rates finally rise? After several years of anticipation, this year the answer turned out to be yes. Short-term rates rose as the Federal Reserve (Fed) stuck to their script of gradual tightening, while U.S. 10-year Treasury yields rose above 3% for the first time in over four years.

Still, despite the fulfillment of this long-held prophecy, rates have not dominated markets. Instead, it has been the byproduct of higher U.S. rates that has been most impactful: a resurgent U.S. dollar. To understand the markets in the first half of 2018, and to have a chance of navigating them successfully in the back-half, investors need to focus on the dollar.

During the first six months of the year, the best performing asset or sub-asset classes were those that either benefited directly from a strong dollar, such as U.S. consumer discretionary stocks, or those that are perceived as relatively resilient to a strong dollar, like U.S. small caps. As for the laggards, they tended to have one thing in common: a negative beta or sensitivity to a strong dollar. Examples include Chinese equities, broader emerging market (EM) stocks, EM debt and gold (see Chart 1).

Emerging market equities are probably the best example of an asset class that rose and eventually fell with the dollar. From mid-December of last year through the January peak, EM stocks rose roughly 15% in dollar terms. Even after surrendering much of those gains, as late as March EM stocks were still up for the year. Then everything abruptly changed. The dollar surged over 7%; EM stocks lost approximately 13%.

Despite the potential export benefits that some EM stocks receive from a strengthening USD, investors in locally denominated EM assets suffer FX losses during periods of dollar strength.  In addition, many EM companies borrow money in USD; when it strengthens, the real economic cost of their balance sheet liabilities increase.  Recent losses in emerging markets are completely consistent with previous bouts of dollar strength. During the past eight years, monthly changes in the DXY have explained approximately 30% of the variation in emerging market equity returns. For every 1% increase in the value of the dollar, EM equities have typically lost about 1.15%.

The dollar’s bounce in early 2018 is easy to see in retrospect. Europe unexpectedly slowed, particularly relative to overly optimistic expectations, while the Fed kept nudging rates higher.  As such, the narrative tilted from global growth to the U.S. once again leading the global economy. In addition, the dollar was a crowded short in early 2018; this dynamic made the eventual rebound all the more powerful.

Going forward, to my mind, two issues will dominate: relative growth versus expectations and trade. On the former, the dollar’s advantage may be fading as U.S. growth expectations remain high, a full 0.3% higher than in January. At the same time, while European growth is still sluggish, expectations are more moderate, making them easier to beat.

The second issue is trade, more specifically, will the Fed blink and slow the pace of tightening as trade concerns mount? A shallower path of rate hikes would probably take some pressure off the dollar. The relative performance of several asset classes, from emerging market debt to U.S. small caps, largely rests on the outcome.

Russ Koesterich, CFA, is Portfolio Manager for BlackRock’s Global Allocation team and is a regular contributor to The Blog.

Are bonds still a good hedge to stocks?

International investing involves risks, including risks related to foreign currency, limited liquidity, less government regulation and the possibility of substantial volatility due to adverse political, economic or other developments. These risks may be heightened for investments in emerging markets.

This material is not intended to be relied upon as a forecast, research or investment advice, and is not a recommendation, offer or solicitation to buy or sell any securities or to adopt any investment strategy. The opinions expressed are as of July 2018 and may change as subsequent conditions vary. The information and opinions contained in this post are derived from proprietary and nonproprietary sources deemed by BlackRock to be reliable, are not necessarily all-inclusive and are not guaranteed as to accuracy. As such, no warranty of accuracy or reliability is given and no responsibility arising in any other way for errors and omissions (including responsibility to any person by reason of negligence) is accepted by BlackRock, its officers, employees or agents. This post may contain “forward-looking” information that is not purely historical in nature. Such information may include, among other things, projections and forecasts. There is no guarantee that any forecasts made will come to pass. Reliance upon information in this post is at the sole discretion of the reader. Past performance is no guarantee of future results. Index performance is shown for illustrative purposes only. You cannot invest directly in an index.

©2018 BlackRock, Inc. All rights reserved. BLACKROCK is a registered trademark of BlackRock, Inc., or its subsidiaries in the United States and elsewhere. All other marks are the property of their respective owners.

Investopedia and BlackRock have or may have had an advertising relationship, either directly or indirectly. This post is not paid for or sponsored by BlackRock, and is separate from any advertising partnership that may exist between the companies. The views reflected within are solely those of BlackRock and their Authors.