TOKYO (Reuters) – The dollar struggled near two-month lows, while the yen also sagged on Friday on reduced safe haven demand amid a switch in investors’ view that the Sino-U.S. trade conflict would be less damaging to global growth than initially feared. 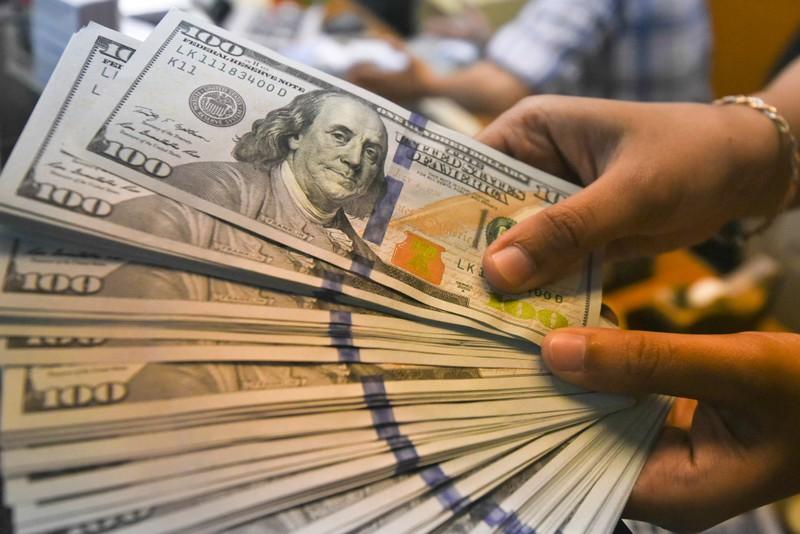 The dollar index against a basket of six major currencies stood at 93.910 after touching 93.829 overnight, its lowest since July 9.

The index has fallen more than 1 percent this week, with investor flows being diverted away from the greenback to its peers such as emerging market currencies amid an ebb in U.S.-China trade war concerns.

The better risk sentiment contrasted with a Reuters poll showing forecasters were unanimous in their view that the trade row between the world’s two top economies is bad for growth.

The euro was also a beneficiary of the shift in currency flows. The single currency was steady at $1.1777 after climbing 0.9 percent the previous day, when it had scaled a three-month peak of $1.1785.

“The ‘risk on’ mood in light of optimism towards U.S.-China trade issues has cleared the path for the euro’s rise,” said Masafumi Yamamoto, chief forex strategist at Mizuho Securities in Tokyo.

Helped by a bounce in currencies such as the Turkish lira and South African rand, ravaged earlier in the month by trade friction and domestic factors, MSCI’s emerging market currency index rose to a three-week peak on Thursday.

The Australian dollar, seen as a gauge of risk sentiment, stood near a three-week high of $0.7293 touched overnight. The Aussie has jumped nearly 1.9 percent this week.

“Higher U.S. yields, particularly the two-year yield’s rise, has added further momentum to the dollar’s gains versus the yen ahead of next week’s Fed meeting,” Yamamoto at Mizuho Securities said.

The two-year Treasury yield has climbed to a decade high this week on the back of receding risk aversion and expectations for a hawkish Federal Reserve meeting next week.

The Australian dollar, pound and euro also advanced significantly against the yen this week.

(This story has been refiled to add dropped word in fifth paragraph.)