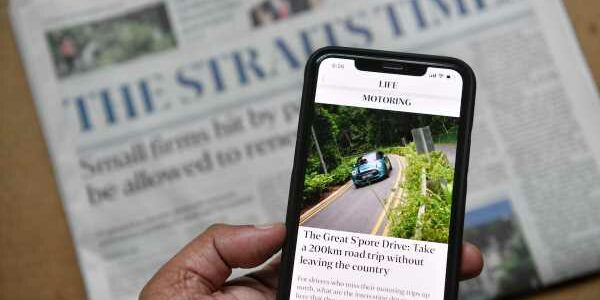 The Energy Market Authority (EMA) is seeking proposals to appoint an importer for a two-year trial to import electricity from Malaysia.

The imported electricity should preferably be from low-carbon sources, EMA said in a statement yesterday. It added that proposals for electricity imported from coal-fired generation sources will not be accepted.

The trial aims to test the technical and regulatory frameworks for electricity imports, facilitating larger-scale imports from the region in the future.

Under the request for proposal, up to 100MW of electricity will be imported for sale in Singapore via an existing undersea cable between Singapore and Malaysia. This translates to about 1.5 per cent of Singapore’s peak electricity demand last year, which can power around 144,000 four-room Housing Board flats for a year.

Potential importers will have to demonstrate their supply reliability, credibility and track record, their ability to secure demand from Singapore consumers, as well as plans to manage the power supply’s carbon emissions, EMA said. It will accept proposals until 3pm on June 4.

The announcement comes days after solar-energy provider Sunseap Group and Malaysia’s electricity utility Tenaga Nasional announced plans for a joint venture (JV) to trial the import of electricity from Malaysia.

The JV is expected to begin “as early as end-2021” via the electricity interconnector between Singapore and Malaysia.