Home » Economy » These five ‘mega trends’ are producing soaring stocks regardless of Trump, tariffs or the economy 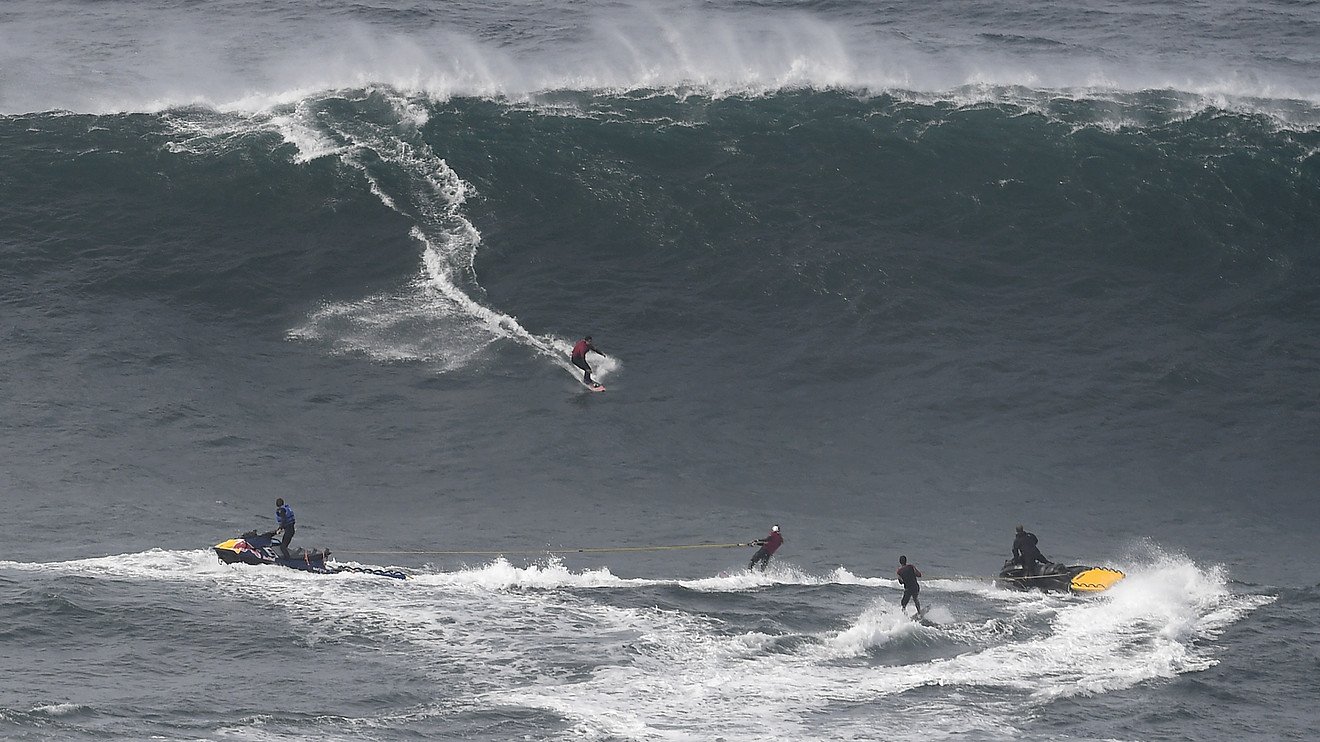 These five ‘mega trends’ are producing soaring stocks regardless of Trump, tariffs or the economy

The idea that “uncertainty” has returned to the stock market in 2018 is perhaps the understatement of the year.

Protectionist trade policies are whipsawing the S&P 500 SPX, +0.88% based on the news cycle, and headlines can cause individual segments of the market to move even more dramatically. Just look at the slump for Harley-Davidson Inc. HOG, +2.36% in late June, and how automakers responded to discussions of targeted tariffs last week.

There are plenty of investors who are a bit testy about this, since one tweet by Donald Trump or the latest tit-for-tat in tariffs can undercut their strategy.

But there are still stocks that are very much on the upswing regardless of trade escalations. Those companies are riding long-term trends that are sure to withstand whatever political moves we see this year — and many years after that.

That makes those opportunities perfect both for investors looking for stability in tough times, as well as for those seeking out the next big idea to fuel growth.

Some of the ideas require patience and a long-term perspective. But the future is undeniably on your side if you own these stocks.

Here are five so-called mega trends that are sure to reshape the global economy in the years to come, and a few stock ideas so you can trade them.

Machine learning and artificial intelligence (AI) are not the stuff of science fiction any longer. Businesses continue to deploy AI solutions to help organize information, streamline operations and maximize sales to customers.

As a result, research firm IDC estimates worldwide AI spending will be up over 50% in 2018 from last year, and sales will top $50 billion annually by 2021.

One way to play this mega trend is via mega-cap tech companies that have the scale to play this trend widely. Google parent Alphabent Inc. GOOG, +1.22% was ahead of the curve on this trend, acquiring AI startup DeepMind in 2014 for $500 million and in many ways proving the value of artificial intelligence through autocompleted searches and instant answers. Others, like Microsoft Corp. MSFT, +0.68% are expanding into AI functions as part of their enterprise offerings, and of course there’s IBM IBM, +1.34% with its iconic Watson engine.

Investors can also play the hardware side, if they don’t want to horserace the AI technologies themselves. There’s chipmaker Nvidia NVDA, +0.78% which is the dominant manufacturer of the hardware required for these complex computer brains, as well as specialized players like Xilinx Inc. (XLNX, +0.56% that make “field programmable gate arrays” that allow engineers to be much more flexible and responsive in how they code.

And if you don’t want to choose, there are also specialized ETFs like the Global X Robotics & Artificial Intelligence ETF BOTZ, +1.01% which includes some of those stocks.

While we are certainly seeing strong consumer spending trends in 2018, it’s important to remember that the dollars are increasingly moving away from brick-and-mortar merchants and into e-commerce. Consider that broad e-commerce sales were up 16% last year to tally over $390 billion — the highest growth rate since 2011.

This is a trend that is amplified by strong consumer sentiment, but don’t think this is a cyclical thing that will crash if the broader U.S. economy rolls over. Furthermore, it’s a global phenomenon; research firm eMarketer recently estimated that Asia-Pacific e-commerce grew 31% last year while overall retail sales rose only 7% in the region.

So how do you play this trend? There are obvious answers in Amazon.com AMZN, +1.66% and its Asian peer Alibaba Group BABA, +0.25% But the universe of e-commerce investments is huge, including specialized plays including car-sales platform Carvana Co. CVNA, -4.98% which has soared 120% in the past 12 months, and furniture and home goods site Wayfair W, -0.51% which is up about 60% in the past year. Clearly there is more than enough spending to go around outside the big boys.

There are also ETFs including the Amplify Online Retail IBUY, -0.38% which is up 50% in the past 12 months.

Anyone who has used a credit card at a food truck or swiped their smartphone at a coffee shop knows that the trend away from cash has really gained steam. In fact, consultancy firm Capgemini estimates over 720 billion digital payments will be processed worldwide by 2020.

The most interesting thing, however, is that the U.S. is actually lagging behind in this trend despite seemingly rapid adoption; China’s tally of roughly $9 trillion in mobile payments in 2016 dwarfs the $112 billion total for the U.S. that same year.

That presents a host of interesting opportunities for investors, including a play on emerging market expansion as well as yet-to-be-realized growth at home.

Domestically, players like mobile payments giant Square SQ, +0.06% offer direct exposure to this trend. There are also indirect plays via Fiserv FISV, +0.44% a financial technology company that assists with mobile banking and other payment technologies.

There are also targeted plays internationally, with Alibaba and its Alipay, and Tencent TCEHY, +2.35% and its WeChat mobile payment system that dominates in China. Those two leaders are great investments if you’re more interested in the emerging markets angle.

There are diversified ETFs like the ETFMG Mobile Payments ETF IPAY, +0.83% that ties up a bunch of those names in one fund if you want to play the cashless trend broadly. With IPAY up over 40% in the past year despite a choppy market, that shows the promise of mobile payments even amid market uncertainty.

There’s always a lot of noise about publicly traded drug stocks, from patent expirations to chatter about potential regulations. But in many ways, the innovative biotechnology sector is a thing apart.

Many of those companies have nothing to do with marketing strategies or public health policies. They are focused primarily on researching the next generation of life-saving drugs, using techniques that once were seen only as science fiction.

Take BioXcel Thereapeutics BTAI, +12.21% a company that is trying to tailor cancer cures to individual patients’ immune system in order to fight off disease. Or take gene-editing stock Editas Medicine EDIT, +1.19% which is researching a host of techniques such as editing retinal tissue genes to combat childhood blindness.

You can understand why the general public gets excited about the prospect of those treatments, and why investors see tremendous profit potential. And with aging baby boomers in the U.S. demanding more treatment from conditions including diabetes to Alzheimer’s, there is a tremendous need for any successful treatments that win Food and Drug Administration (FDA) approval.

Individual biotechs can be risky, of course, as firms plow money into research that may not pan out. But diversified funds like the SPDR S&P Biotech ETF XBI, -0.16% which is up 27% in the past 12 months, offer a great way to play the broad promise of the sector without putting all your eggs in one basket.

This may not strike some folks as a mega trend, but the evolution of video games has moved way beyond stereotypes of geeks sitting alone in their parents’ basement. Gaming is a global phenomenon that knows no age or gender — and, most importantly, has become big business.

According to the Entertainment Software Association, the average male video game player in the U.S. is 32 years old and the average female player is even older, at 36. That’s in the prime age range for spending, and also for passing that tradition of gaming on to kids, since two-thirds of families have a parent who games.

The dollar signs also tell the story, with $36 billion in U.S. gaming spending last year alone and over $108 billion worldwide.

So how to play this trend? There are dedicated game companies like Take-Two Interactive Software TTWO, -1.19% and Activision Blizzard ATVI, -0.45% that are obvious choices; TTWO is up almost 70% in the past 12 months, and ATVI is up about 35%. There are also more mobile-focused gaming names like Glu Mobile GLUU, -3.96% which has soared 160%.

Companies such as China’s NetEase NTES, +2.44% gets 68% of its revenue from mobile gaming, and is enjoying a nice tailwind from the growth of smartphones in Asia. There’s also tech conglomerate Tencent that also is a big player in the industry both directly and indirectly, thanks to significant stakes in some of the biggest studios in the world.

As with so many of these trends, investors can cast a wide net on this mega trend simply buy buying ETFs like the ETFMG Video Game Tech ETF GAMR, +0.91% which includes all of those names among its 72 total holdings.