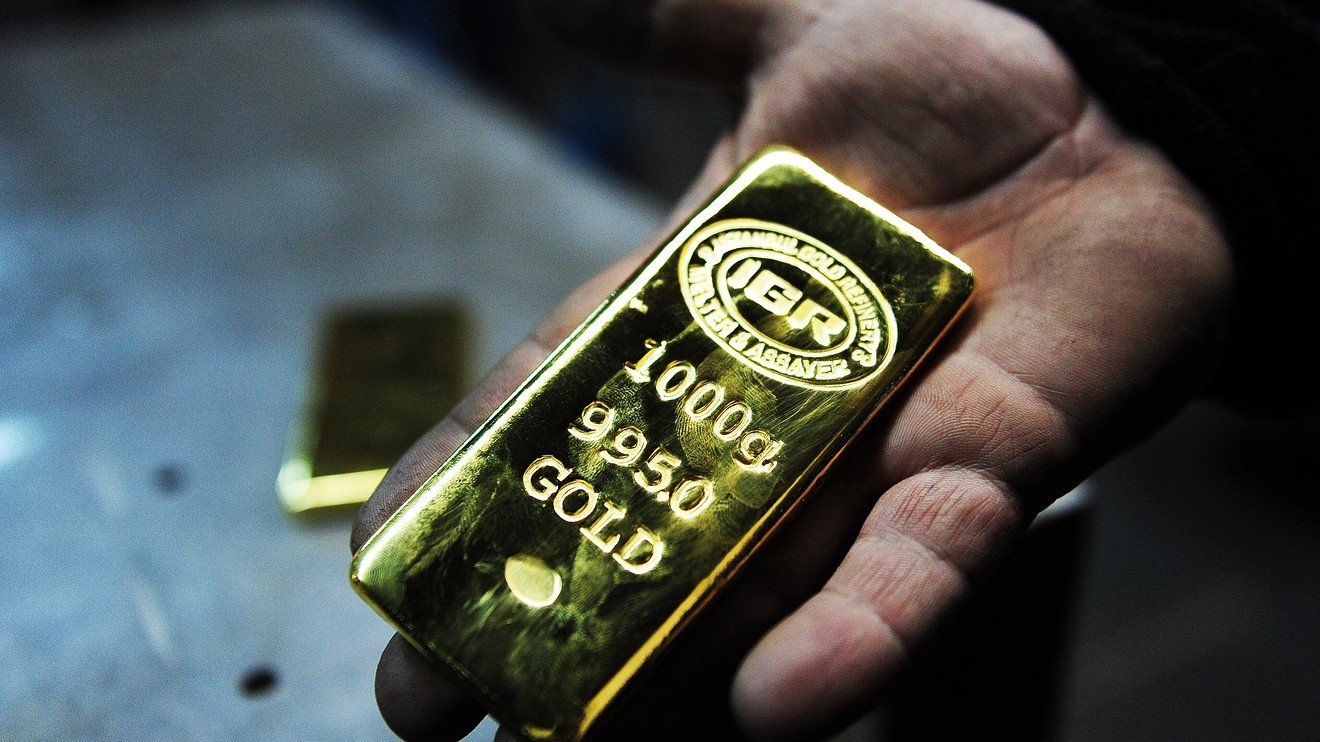 It’s bearish for gold that market timers have been remarkably upbeat in the face of gold’s dismal performance this year.

In fact, despite gold bullion GCQ8, -0.99% falling $140 an ounce since its January high, the average gold timer I track has not turned outright bearish. From a contrarian perspective that means that a tradable gold bottom is not yet upon us.

Consider the average recommended gold-market exposure level among monitored gold timers, as measured by the Hulbert Gold Newsletter Sentiment Index (or HGNSI). It currently stands at 0%, indicating that the typical timer is out of the gold market but not outright short. The current index level is right in the middle of its historical range, which extends from minus 56.7% to plus 89.7%.

The question that contrarians are asking: Why, if gold has performed so poorly, are gold timers on balance no worse than neutral?

As I mentioned in a column in late June, tradable gold bottoms typically are accompanied by HGNSI readings at least as low as minus 30%. Because the HGNSI at that time had not gotten any lower than minus 13%, I concluded that “gold’s losing strike may get even worse.”

The sentiment picture is even less encouraging today. With gold down another $15 since that late-June column, we’d otherwise expect the average recommended gold exposure level to be even lower than minus 13%. That’s because the normal pattern is for market timers to become more- and less bullish along with the market’s rallies and declines. That the average market timer did not behave in this way suggests there is a strong undercurrent of stubbornly held bullishness in the gold market.

That’s not the sentiment foundation on which strong rallies typically are built.

To be sure, sentiment is not the only factor impacting the markets. And even when contrarian analysis’ forecast is accurate, it applies primarily to the shorter term rather than the longer term. So gold’s discouraging sentiment picture does not by any means translate into a guarantee that gold’s near-term direction is down — or that gold a year from now couldn’t be higher. 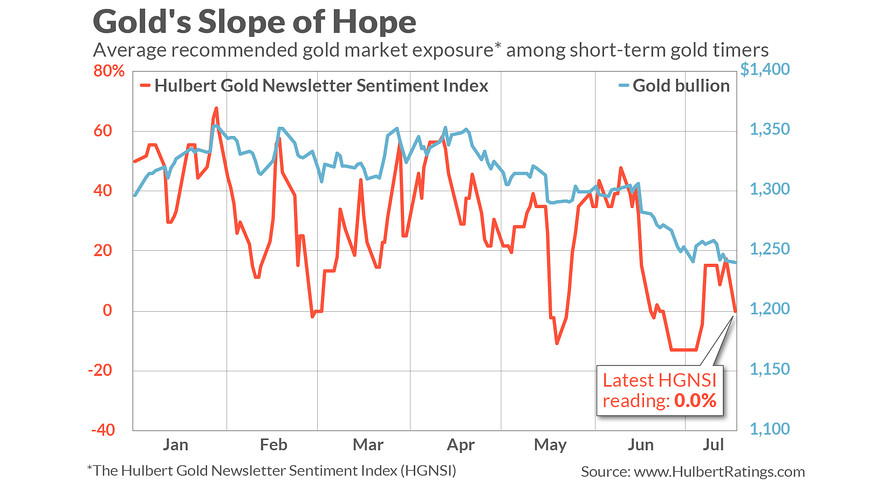 Still, it’s worth noting the failure of other widely cited factors to account for gold’s recent short-term weakness. Take inflation, since gold is widely considered to be an inflation hedge. In contrast to the Consumer Price Index’s 2.1% increase in 2017, its rate of increase over the last 12 months is 2.9%. Other things equal, therefore, one would have thought that gold would have increased this year — not fallen significantly.

The bottom line: Contrarians won’t trigger a buy signal until the gold timers on balance become much more discouraged.