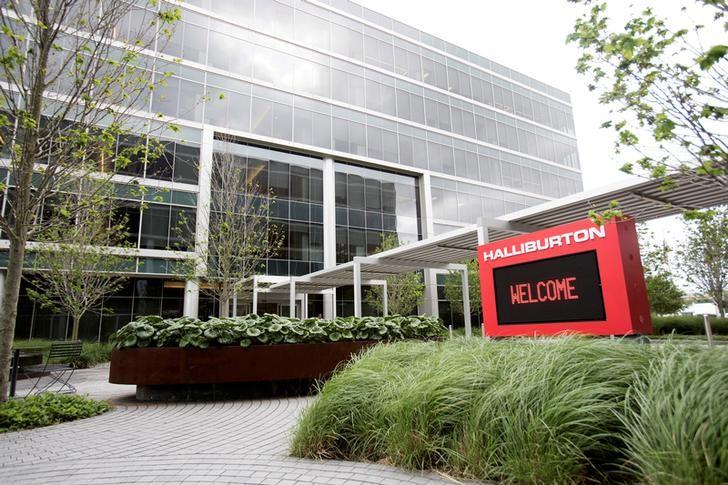 (Reuters) – Shares of oilfield services provider Halliburton fell by more than 8 percent on Monday after the company warned of moderate growth in the oil and gas-rich Permian Basin and lower third-quarter earnings.

Halliburton said some of its customers are reducing activity and lowering their rig count because increased production in the Permian Basin in west Texas and New Mexico has left companies that transport oil to Gulf Coast markets unable to keep up, as existing pipeline, rail and trucking capacity falls short of needs.

The bottlenecks have driven down the price of regional crude compared with U.S. benchmark oil and are threatening to dampen demand for oilfield services and equipment. Halliburton was the largest hydraulic fracturing provider in North America as of March, according to consultancy Rystad Energy.

Halliburton, meanwhile, lost about 7 percent of its market share in the Permian Basin between the first and second quarters of this year, according to preliminary data from Primary Vision Inc, which tracks hydraulic fracturing fleets.

Halliburton Chief Executive Jeff Miller said third-quarter results would likely mirror those of the second quarter and strove to play down the problems with transportation of crude out of the Permian. The company expects a 4 cents per share hit to earnings in the current quarter on the slowdown and on higher maintenance costs, he said, a number already baked into the company’s forecast.

“I’m not naive to the math around the off-take issue,” he told an earnings conference call, adding later: “Even in the Permian, as we’ve described that, that’s a moderation in growth as opposed to a pullback.”

Analysts said investors read those comments as an admission that the Permian was on the cusp of a slowdown and Miller also said that the bottlenecks would subside only in 2019.

That took the shine off a 24 percent year-on-year rise in Halliburton’s revenue for the second quarter that was slightly ahead of analysts expectations.

While Halliburton continues to benefit from soaring U.S. oil production – a record 11 million barrels per day this month – the Permian issues and a stalling of both oil prices and the U.S. stock market have helped knock more than 20 percent off Halliburton shares since May.

The company’s operations are more heavily weighted toward North America than those of its peers, leaving the it more vulnerable to the pipeline bottlenecks than rival Schlumberger, which missed forecasts for quarterly revenue last Friday.

Excluding one-time items, the company earned 58 cents per share, in line with Wall Street estimates, according to Thomson Reuters I/B/E/S.

“What the market is trying to discount is the change in earnings estimates and the outlook for North America, especially the North American land market … as growth in the Permian moderates,” said Evercore ISI analyst James West.

A doubling of crude oil prices since early 2016 has underwritten a surge in production that should make the United States the world’s biggest oil producer this year.