DAVOS, Switzerland (Reuters) – The International Monetary Fund trimmed its global growth forecasts on Monday and a survey showed increasing pessimism among business chiefs as trade tensions and uncertainty loomed over the world’s biggest annual gathering of the rich and powerful. 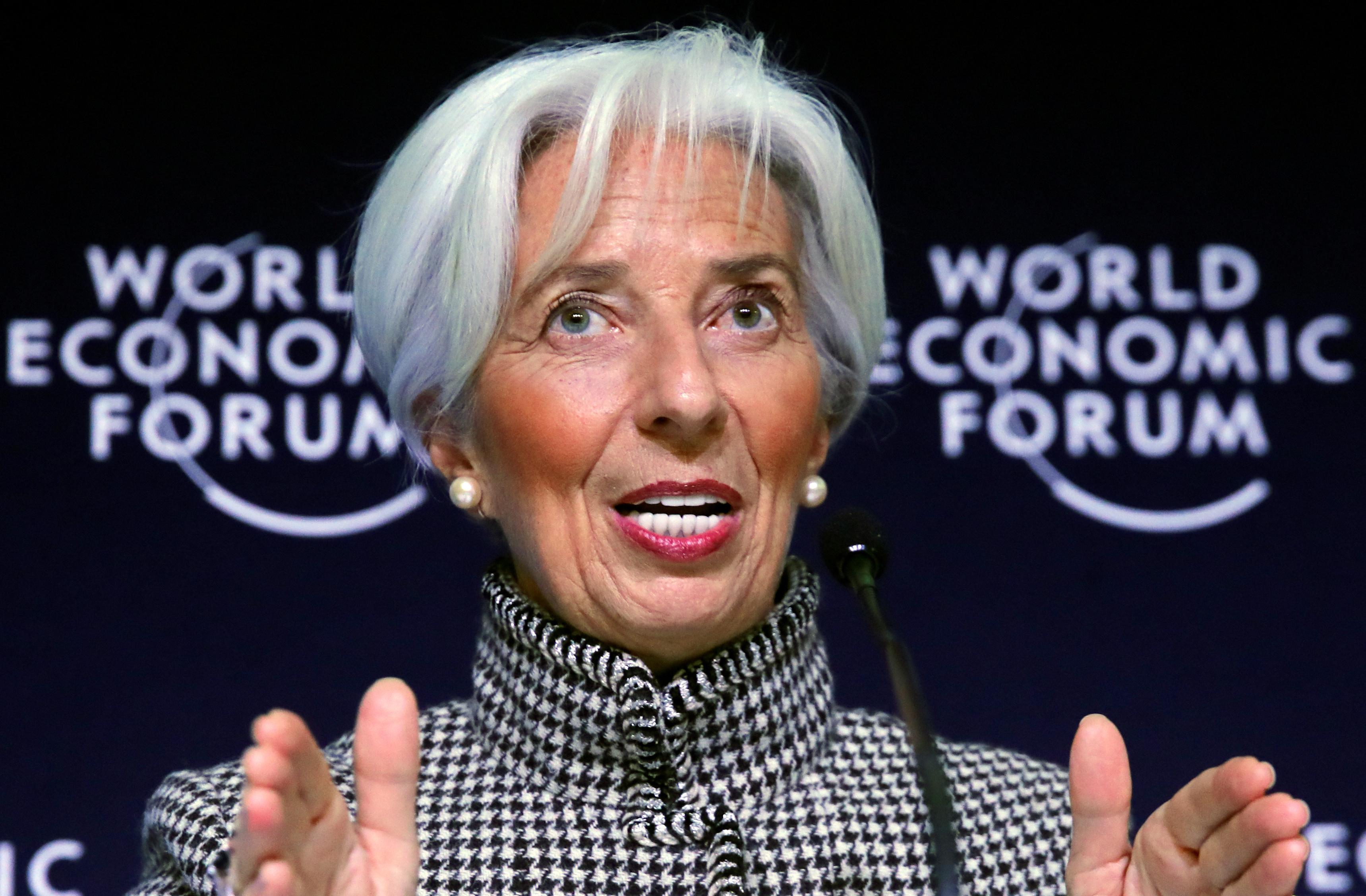 The gloomy IMF forecasts, released on the eve of the World Economic Forum in Davos, Switzerland, highlighted the challenges facing policymakers as they tackle an array of actual or potential crises, from the U.S.-China trade war to Brexit.

“Does that mean a global recession is around the corner? No. But the risk of a sharper decline in global growth has certainly increased,” she said, urging policymakers to brace for a “serious slowdown.”

In its World Economic Outlook report released on Monday, the IMF predicted the global economy will grow at 3.5 percent in 2019 and 3.6 percent in 2020, down 0.2 and 0.1 percentage point respectively from last October’s forecasts.

“There are so many variables and so much uncertainty globally, from the trade tension to geopolitical changes, so a lot of market activity and market sentiment are out of our control,” Laura Cha, chair of the Hong Kong stock exchange, told Reuters Television.

The IMF downgrades mainly reflected signs of weakness in Europe, with its export powerhouse Germany hurt by new fuel emission standards for cars and with Italy under market pressure due to Rome’s recent budget standoff with the European Union.

The global lender also cited a bigger-than-expected slowdown in China’s economy and a possible “No Deal” Brexit as risks to its outlook, saying these could worsen market turbulence.

A survey by auditing and accounting giant PwC of nearly 1,400 chief executives found that 29 percent believe global economic growth will decline over the next 12 months, the highest percentage since 2012.

While the most pronounced shift was among business leaders in the United States, the share of CEOs who expected growth to slow increased significantly across every region, it showed.

“It’s quite a reversal from last year and the gloomier mood cuts across just about everywhere in the world,” said Bob Moritz, global chairman at PwC.

“With the rise of trade tension and protectionism, it stands to reason that confidence is waning.”

Tim Ryan, U.S. Chairman at PwC, told Reuters: “We were a little bit spoiled by the environment the past six to eight years after the financial crisis,” describing an uncertain economy as the new normal.

“People are getting used to the volatility.”

Fears of a global slowdown have jolted markets and forced the U.S. Federal Reserve Bank to signal a pause in its interest rate hike cycle, as investors fret about increasing weak signs in China and the fallout from Sino-U.S. trade frictions.

“Sometimes we spook ourselves, so it remains to be seen how slow is slow, how bad is bad, let’s see how the first quarter looks,” said Cha.

Analysts polled by Reuters also saw a higher chance Japan will slide into a recession, keeping the country’s central bank under pressure to maintain its massive stimulus.

The IMF cut its growth projections for the euro zone and developing countries, while maintaining its forecast for a 2.5 percent expansion in the United States this year.

It also kept its China growth forecast at 6.2 percent in both 2019 and 2020, but said economic activity could miss expectations if trade tensions persist, even with state efforts to spur growth by boosting fiscal spending and bank lending.

“As seen in 2015–16, concerns about the health of China’s economy can trigger abrupt, wide-reaching sell-offs in financial and commodity markets that place its trading partners, commodity exporters, and other emerging markets under pressure,” it said.

Britain is expected to achieve 1.5 percent growth this year though there is uncertainty over the projection, which is based on the assumption of an orderly exit from the EU, it said.

From London's Brick Lane to Davos, veganism on the menu