Italy's Tria calls for 'constructive dialogue' with EU over budget

ROME (Reuters) – Italy will do whatever is necessary to restore calm if market turbulence turns into a financial crisis, Economy Minister Giovanni Tria said on Tuesday, calling for more measured debate over government budget plans. 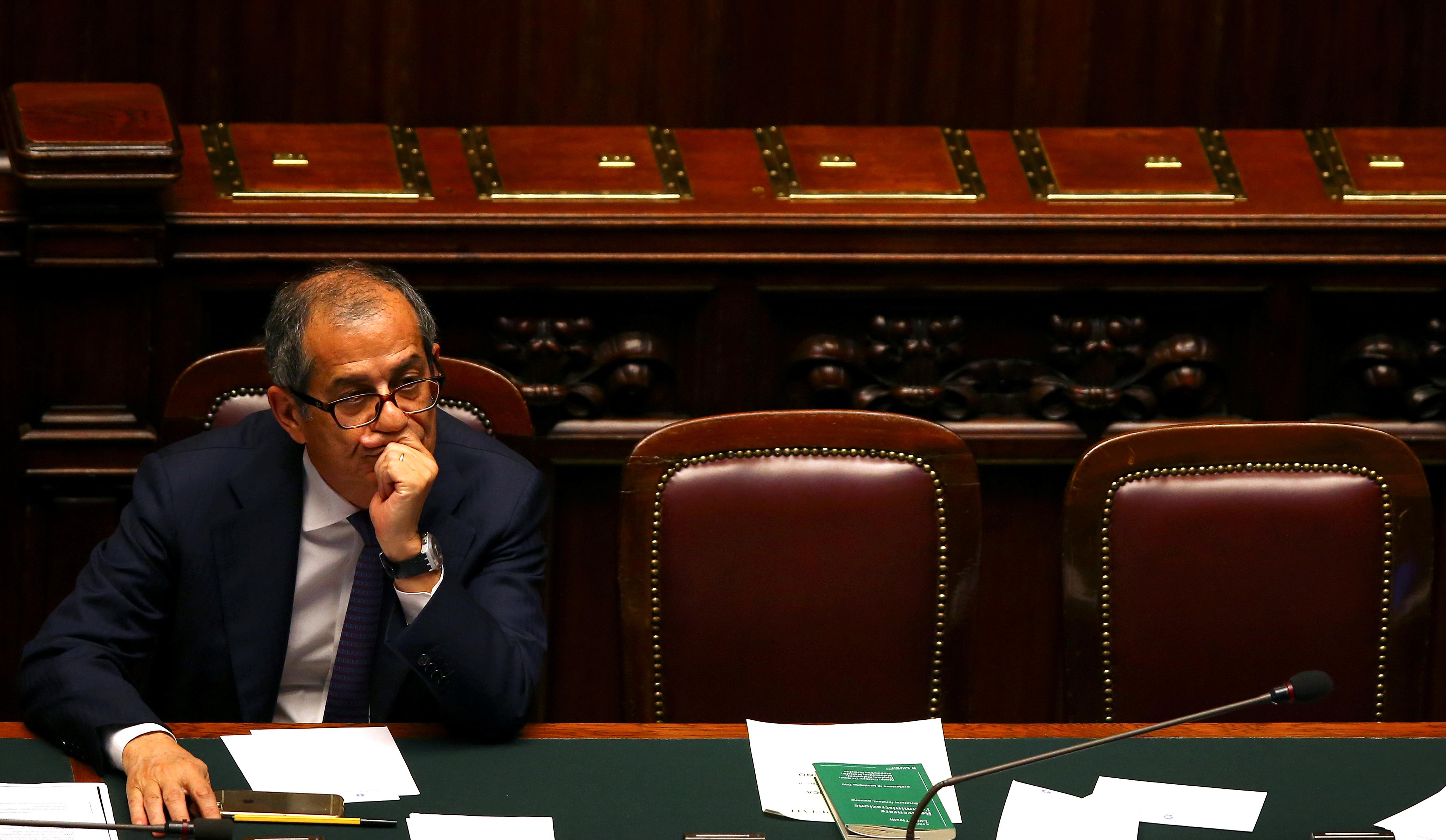 The coalition last week set a deficit target of 2.4 percent of economic output for 2019, tripling the previous goal for the heavily indebted nation, unnerving investors and prompting sharp criticism from the European Commission.

Addressing a parliamentary commission, Tria said fears over next year’s budget plan were unjustified. However, he said the government would act if the spread between its benchmark 10-year bond yield and the equivalent German bund balloons.

“In the face of a financial crisis, the government will do what it must do, as (ECB president Mario) Draghi did,” Tria added, referring to a promise the central bank chief had made in 2012 to do whatever it took to save the euro currency.

His words failed to reassure the market, with 10-year yields hitting a 4-1/2 year high IT10YT=RR, pushing the premium investors demand for holding the bonds over top-rated Germany paper to around 312 basis points, its widest in five years.

The European Commission warned last week that Italy’s deficit plans represented “a significant deviation from the fiscal path recommended by the Council”.

The leaders of the two ruling parties, Luigi Di Maio and Matteo Salvini, denounced the Commission position and said they would not backtrack on their spending plans, including tax cuts and a significant boost in welfare.

Tria, who is a university professor and is not affiliated to either coalition party, said the strategy adopted by previous governments to contain debt had not been efficient, adding that Italy needed to do more to boost growth and employment.

However, he said he wanted to lower the tone with Brussels.

“There will now be a constructive discussion with Europe to show the well-founded reasons for this government’s growth strategy,” he said.

“We are concerned that Italy will present totally unrealistic fiscal targets or growth projections, and that negotiations will prove very difficult,” he said in Helsinki.

The government says its expansive budget will boost growth and it has targeted output of 1.5 percent next year, which is strong by Italy’s chronically sluggish standards, 1.6 percent in 2020 and 1.4 percent in 2021.

“These targets are prudent,” said Tria, brushing off widespread criticism from independent analysts who have said they were overly optimistic.

“(We will) significantly reduce, within the first two years of this legislature, the growth gap with the eurozone and bring about the first significant decrease in the debt ratio over the next three years,” Tria said.

The Bank of Italy said on Tuesday there was always a risk of a vicious circle over debt costs, with repercussions for the real economy.

“Given the (debt’s) size and the need to service each year a not insignificant amount (about 400 billion euros), the danger of triggering a vicious circle … with repercussions on the real economy, is always present,” Bank Director General Luigi Federico Signorini told the parliamentary commission.

Italy's government digs in over budget plan as pressure rises