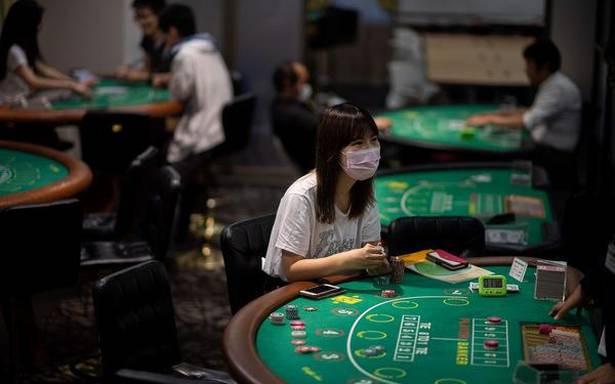 Analysts say the prize is clear: casino resorts will earn up to $25 bn in revenue, a rare chance of growth for domestic firms bruised by decades of deflation and weak demand

Japanese firms are likely to pursue stakes in the country’s first casino resorts, after parliament on Friday enacted a law smoothing the way for large-scale gambling — a business expected to generate billions of dollars in revenue.

Japan legalised casinos in 2016 but a further law was needed to lay out specific rules before these resorts — complexes hosting casinos, retail and conference space — could be set up.

The new law, which allows three licences to be given out initially, calls for a 30% tax on gambling revenue and caps casino space at 3% of total resort size, provides the clarity that was missing.

It will embolden local companies that have been wary of a sector that the Japanese public associates with addiction and crime, setting the stage for a race for stakes, casino executives and lobbyists told Reuters.

The prize for Japan Inc. is clear: these resorts will earn up to $25 billion in revenue, analysts say, representing a rare chance of growth for domestic firms that have been bruised by decades of deflation and weak demand.

A spokesman for Obayashi, which in May set up a team to explore casino resorts, said the firm had not decided whether to seek equity in any project. Mitsubishi Estate said the chances of it taking a stake were low but involvement in related real estate projects was possible.

A spokesman for SMFG’s banking unit said the firm was not considering investing in a resort, but was speaking to foreign operators as it researched the sector.

“There is going to be greater focus, greater attention, more budget and more human capital put on this,” said George Tanasijevich, managing director of global development at Las Vegas Sands. “You’ll see more activity, to the point that people are going to start to formulate their true options, and what their shareholders would see as favourable.”

But even as Prime Minister Shinzo Abe personally champions the creation of a casino industry, Japanese firms have stayed away, reluctant to be the first mover in a controversial sector.

A government survey last year showed 3.6% of Japanese, or 3.2 million people, had been hooked on gambling — often “pachinko” pinball — at some point in their lives. A Jiji poll shows six in ten Japanese are opposed to the latest casino law.

Still, some firms have already set out their stall. Slot machine maker Sega Sammy Holdings, which controls 45% of a South Korean resort, has said it will seek a majority stake in any Japanese project.

Of potential locations, Osaka is seen as a frontrunner. The city of 2.7 million boasting strong political support for casinos is expected to become the first to seek plan proposals in late 2019.