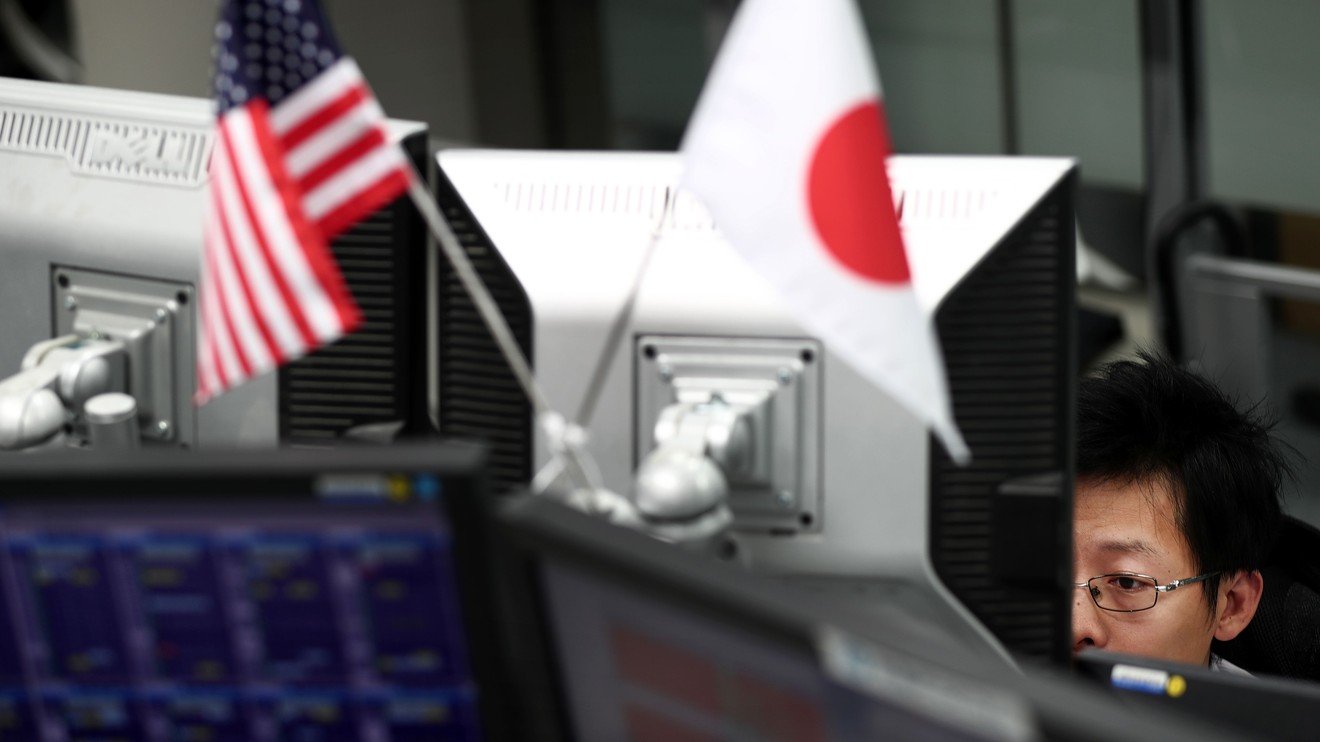 Trade wars have rattled global currency markets, but the degree by which foreign exchange trading has been impacted might be best observed through the lens of Japan’s yen lately, says Credit Suisse trading strategist Alvise Marino.

The “dollar-yen [pair] has become a cleaner expression of the effect of a trade war,” Marino told MarketWatch during a recent phone interview.

Indeed, the Japanese currency USDJPY, -0.36% which is ordinarily viewed as a haven during times of market uncertainty and fear, has been on a decided decline, hitting a six-month nadir on Thursday as trade tensions between President Donald Trump and the U.S.’s global trade partners, particularly China, stepped higher. Most recently, $34 billion in reciprocal tariffs between Beijing and Washington were implemented about two weeks ago.

While the yen’s fall is partly due to strength in the U.S. dollar, which was trading at a one-year high against a basket of rivals on Thursday, “Japan is also more exposed to the trade woes than other G-10 countries,” said Marino. “It is very directly exposed to U.S. tariffs in terms of which goods are affected.”

Japan is the fourth-largest export destination for U.S. goods, after Canada, Mexico and China, according to data from the Office of the U.S. Trade Representative, citing $65.1 billion in U.S. goods exports in 2013.

Marino makes the case that compared with the dollar-pegged Chinese yuan, the yen has become even more vulnerable to the recent trade clashes, mostly because experts believe that China would be reluctant to significantly weaken the onshore yuan.

China’s onshore yuan USDCNY, +0.7646% is set daily by the People’s Bank of China within a range of about 2%. Early Thursday, the onshore currency touched its weakest level against the buck in about a year. The offshore yuan USDCNH, +0.6300% which trades more freely, also has fallen sharply against bucks.

Still, the belief that the PBOC won’t intentionally seek to weaken the yuan much further is because strategist think the central bank would be wont to see a repeat of 2015 when the weakening in the yuan sparked a rush out of China assets.

That may leave the yen as the best vehicle for how investors are genuinely communicating their worries about intensifying trade spats, Marino said.

USDCNY, +0.7646%At the beginning of the year, when investors first assessed the threat of a trade war, the yen strengthened as investors turned to traditional safety plays That is why, in the year-to-date, the dollar-yen pair is only up some 0.2%.

However, the yen’s weakness has also been exacerbated by dollar strength that is unrelated to trade developments. Just this week, the greenback got a boost from Powell’s constructive comments on the U.S. economy.

Interest rate differentials between the U.S. and the rest of the developed world continue to diverge as the Fed tightens its monetary policy, supported by positive economic data, it is making the dollar and U.S. assets more attractive. The Bank of Japan, meanwhile, is arguable the most accommodative developed-world central bank in its lose monetary policy.

All this suggests that the yen might have more room to weaken against the greenback. Its trade-skirmish fueled slump could have knock-on effects for currencies in the Pacific region, such as the New Taiwan Dollar USDTWD, +0.2581% South Korean won USDKRW, +0.44% or Malaysian ringgit USDMYR, +0.3547% Will Slaughter, portfolio manager at Northwest Passage Capital Advisors, in a tweet, said that Asian, emerging-market currencies could be particularly influenced by the yen’s slump:

Since the beginning of the year, the Taiwanese currency has shed 3.4% against the dollar, while its Malaysian rival lost only 0.3%. South Korea’s won has fallen the most in 2018 so far, dropping 6.4% against the buck, according to FactSet data.