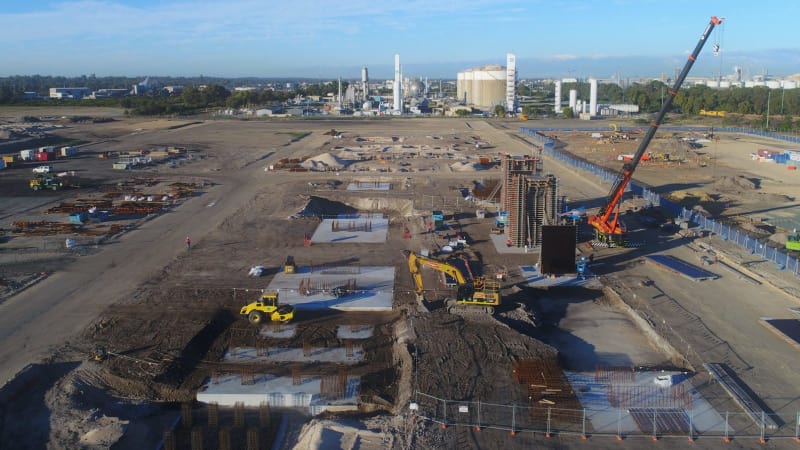 Western Australia stands to gain 93,000 jobs and a $56 billion shot in the arm of its economy by 2025 if it expands its lithium and new energy metals sector beyond just exports.

Regional Development Australia's Lithium Valley report outlined the impending lithium battery boom and how WA could capitalise on it by becoming a centre for processing battery minerals, making them, using them and recycling them. 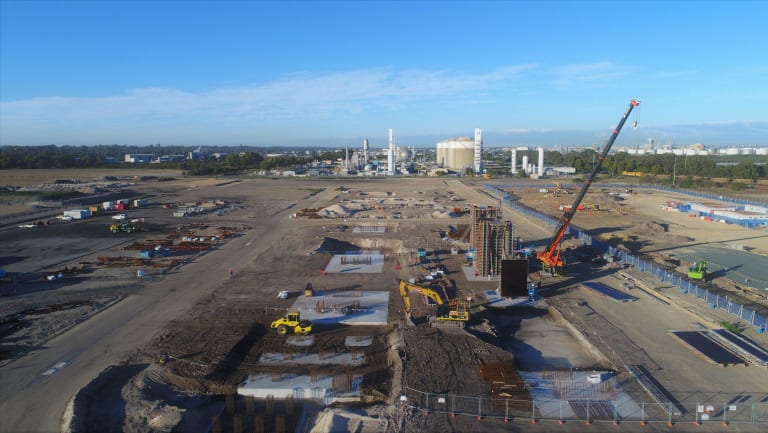 Construction of Tianqi’s lithium hydroxide plant is under way in Kwinana, WA.

The report found Australia misses out on 99.5 per cent, or $213 billion, of the potential value of its lithium assets because it doesn't have any downstream processing like electrochemical processing, battery cell production or product assembly.

The state has plentiful lithium reserves and supplies of every other metal required for battery production like cobalt, manganese, vanadium, nickel, copper, tin and rare earths.

The report called for WA to become a 'lithium valley' in the same way California became a hotbed for the world's biggest software and technology industries, known as Silicon Valley.

"We are the only place in the world that has them all,” he said.

“Not only do we have the resources but we also have the technological capability and skilled workforce to service this emerging industry.

“The world needs us and we can create ‘Lithium Valley’ to service this need.”

Recommendations included the establishment of a specialised lithium industrial park in Kwinana and a rethink of a royalties system that would incentivise secondary processing and disincentivise the direct export of raw materials.

It also implored the state government to turn 'Lithium Valley' into a recognisable brand and conduct a parliamentary inquiry into the energy metals industry.

The federal government was urged to create a lithium cooperative research centre in WA and request the European Union list Australia as a critical supplier of battery materials.

WA Liberal Senator Linda Reynolds said the report was groundbreaking but there was only a small window to get it right.

"It very clearly shows what the opportunities are but what we need now is a plan to realise it," she said.

Ms Reynolds said both state and federal governments needed to start looking at incentives and going overseas to build awareness over the stability of WA's lithium and other energy metal supply.

"(The USA) and the European Union were also quite concerned about continuity of supply for these critically important minerals," she said.

"Australia can play a very important role in a national security perspective as a reliable supplier for all of these minerals to our allies."

The world needs us … we can create ‘Lithium Valley’ to service this need.

He said the taskforce would assess the range of recommendations from the RDA report, and others, as the strategy develops.

Mr Johnston will chair the first lithium industry consortium on July 19, which he said would identify how to increase WA’s potential in lithium and energy materials across the entire battery materials value chain by hearing from those working in the sector.

The Lithium Valley report follows a meeting between the state government and representatives from electronic vehicle and battery multinational Tesla in May.

There are huge lithium projects under way with WA Lithium, a joint venture between Kidman Resources and Chilean-based producer SQM, recently striking a deal to supply Tesla with lithium hydroxide from a refinery to be built in Kwinana.

Also in Kwinana, the world's largest lithium processing plant is being built by Chinese lithium producer Tianqi at a pricetag of $700 million.