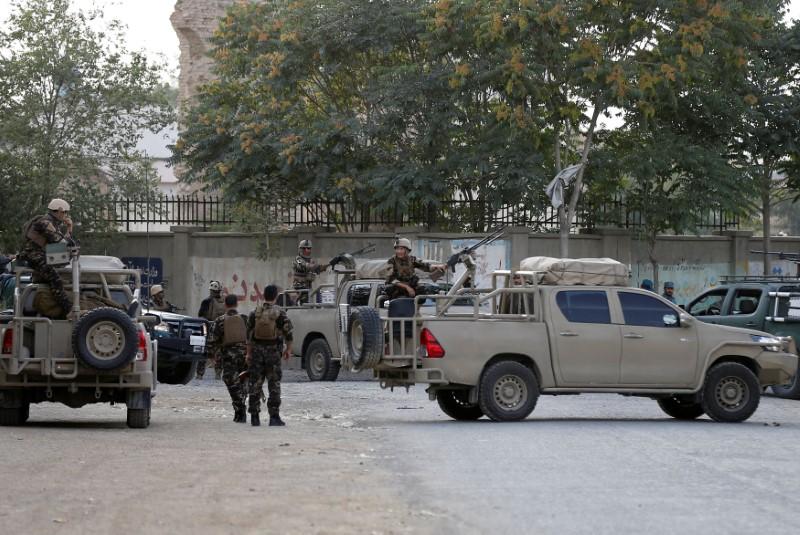 At least seven killed in suicide blast near Afghan ministry

KABUL (Reuters) – An apparent suicide attack close to a government ministry in the Afghan capital Kabul on Sunday killed at least seven people and wounded more than 15 as staff were leaving the office in the evening rush hour, officials said.