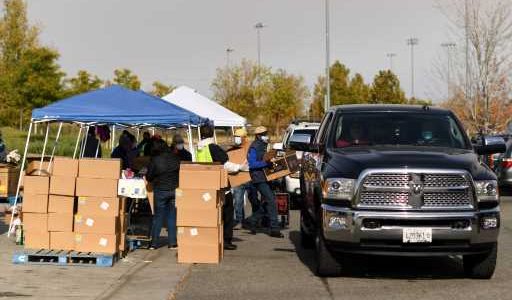 As the state braces for a third wave of COVID-19 cases and the tighter restrictions that come with it, a weekly survey from the U.S. Census Bureau finds that many Colorado households continue to struggle financially with the fallout from the earlier waves.

About 27.9% of residents surveyed said they are struggling to meet household expenses, 20.2% expect someone in their household to face a loss of income in the next month, and 8.5% describe not having enough food to eat the past week, according to the weekly Household Pulse Survey.

About 40.4% of Colorado adults surveyed said they live in a household that is behind on the rent or mortgage payment and at risk of eventual eviction or foreclosure. That represents the sixth-highest rate captured in the survey of any state after Alaska, New Mexico, Arkansas, Louisiana and Nevada. Nationally, 28.4% of adults said they feared getting booted from where they live.

The Center for Disease Control has banned evictions through the end of the year if a renter states they are unable to pay because of the pandemic. Gov. Jared Polis reinstated a state eviction moratorium last month as well. Most mortgage lenders continue to provide forbearance agreements that allow borrowers to skip their monthly payments for up to a year, and the share of households participating has dropped steadily the past several months.

Colorado respondents were a little less likely to say they expected someone in their household to lose employment income the next month, with 20.2% saying that was the case versus 24.1% nationally. Hawaii, Nevada, California and Texas were the states with the highest rates of expected income losses.

And Colorado remains below the U.S. average for households that report not having had enough to eat in the past week. Nearly 11% of U.S. households described food insecurity versus 8.5% in Colorado. Louisiana, Mississippi and West Virginia are the states where households are struggling the most to put a meal on the table.

Colorado residents are more likely to report living in a household where someone is working remotely. About 45% describe that as the case versus 36.9% of households nationally. The prevalence of remote work has actually risen the past five weeks in Colorado, the survey found, and that could shield some families if there is a broader shutdown.

Only the District of Columbia, Massachusetts, Utah, New Jersey and Maryland had a higher share of households with remote workers, the weekly survey found.

The K-Shaped Economic Recovery Gets Much Worse