May seeks to reassure EU leaders on Brexit deal

BRUSSELS (Reuters) – British Prime Minister Theresa May assured EU leaders in Brussels on Wednesday that she can still reach a Brexit deal, avoiding a showdown over stalled talks as Brussels stepped up planning for a failure of negotiations. 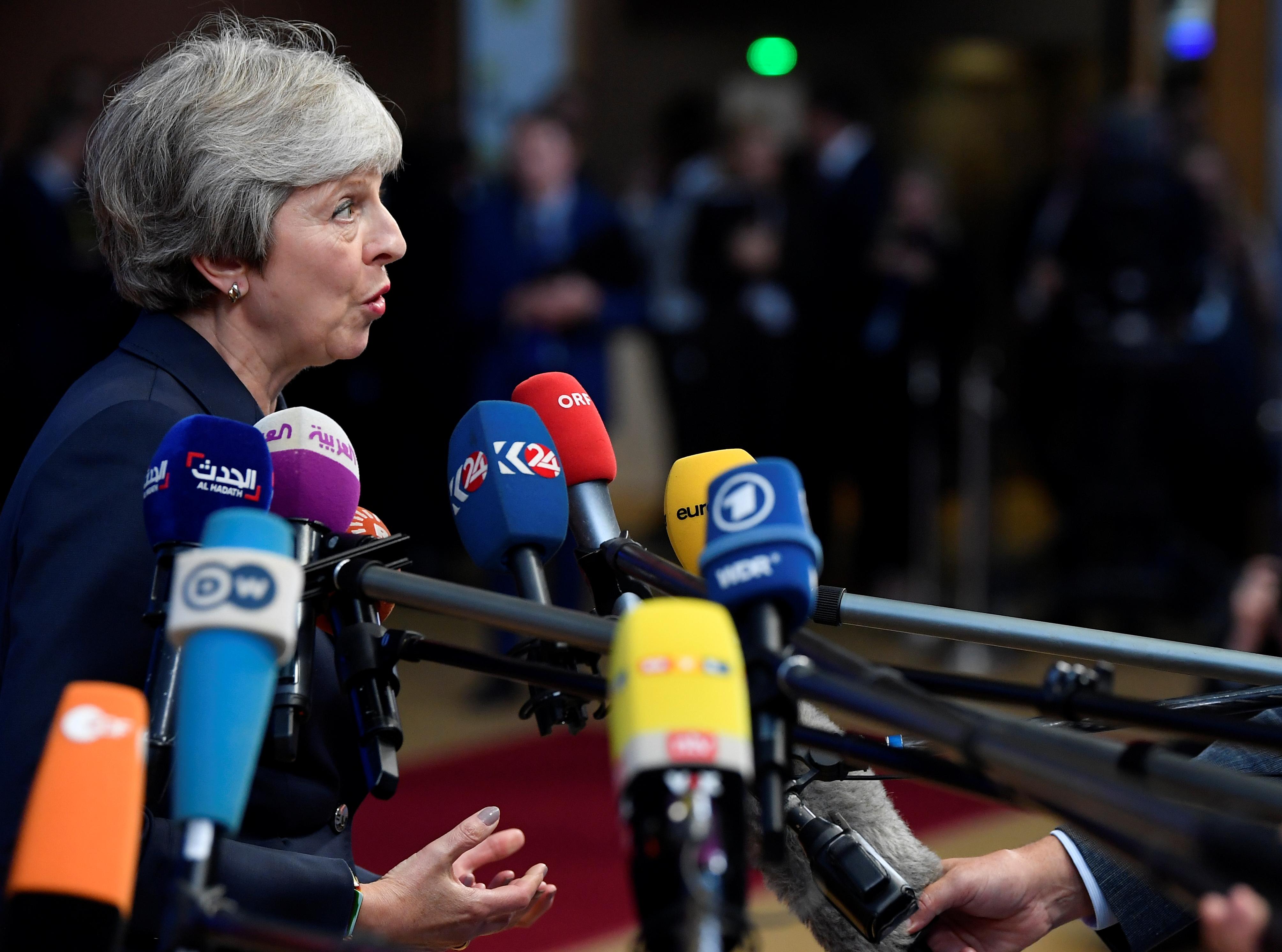 May was given a 15-minute slot to speak to the bloc’s other 27 leaders before they sat down to dinner without her and discussed preparations for a possible no-deal Brexit under which Britain leaves the European Union without a treaty to cushion the disruption to businesses across the continent.

But three days after talks stalled over the Irish border “backstop”, thwarting hopes of a deal at the summit, May arrived determined to stress that an accord was still on the cards.

“We have shown we can do difficult deals together constructively. I remain confident of a good outcome,” she told the leaders, according to a British official. “The last stage will need courage, trust and leadership on both sides.”

It was far from the “decisive progress” the 27 had wanted and they agreed to call off — for now at least — a planned Nov. 17-18 summit that was to have inked an agreement. Instead, May gets some more weeks to resolve the domestic political woes which most EU leaders believe are the real obstacle to a deal.

A month after May’s last meeting in Austria, when her rejection of EU proposals designed to avoid a revival of border tensions in Northern Ireland provoked angry reactions, her tone was much calmer, said EU officials who were present.

“The tone was more relaxed than in Salzburg, undoubtedly. There is a message of goodwill,” said Antonio Tajani, president of the European Parliament. “But I did not perceive anything substantially new in terms of content … The tone was of someone who wants to reach an agreement.” 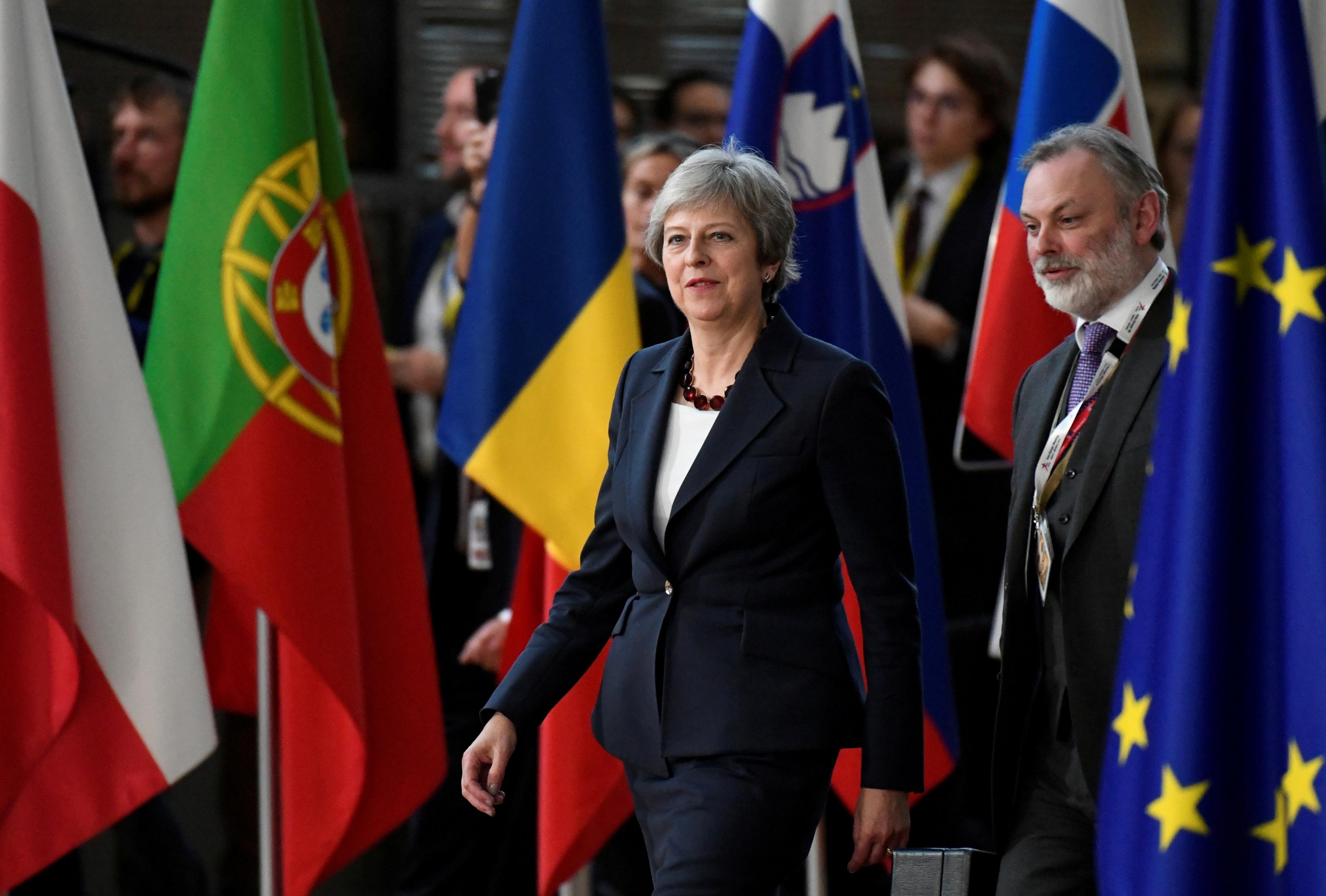 An aide to French President Emmanuel Macron said much of the discussion among the 27 was about May’s difficulties in getting any deal through parliament, where some in her own party would rather walk out of the EU without any strings.

Austrian Chancellor Sebastian Kurz said: “I am optimistic that we can reach a deal in the next weeks or months.”

EU negotiator Michel Barnier, who briefed the leaders, believes a deal must be done by December to give parliaments on both sides of the English Channel time to ratify a treaty. 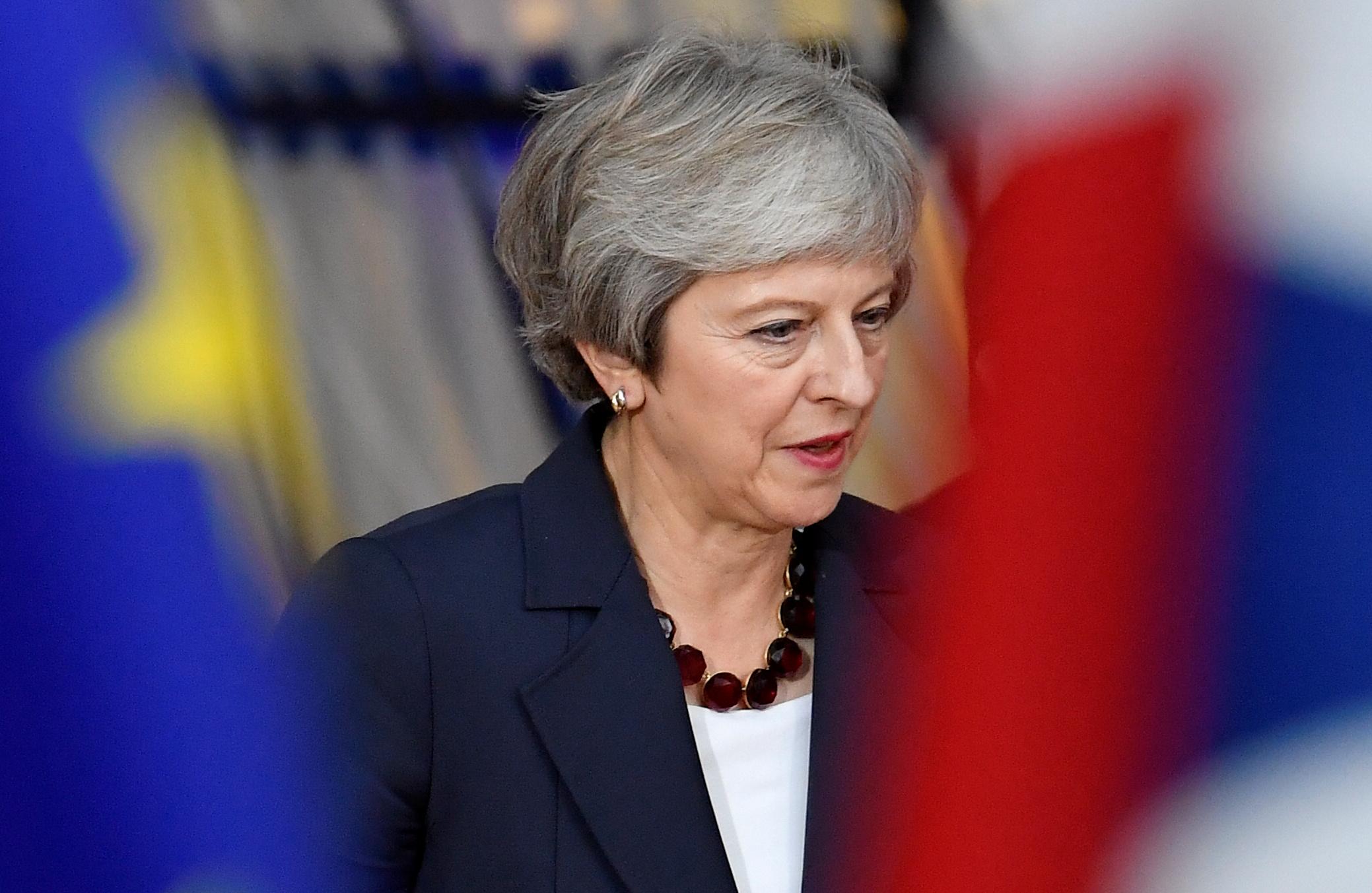 Tajani said he raised with May the possibility that the post-Brexit transition period, during which Britain would retain EU rules and so avoid border problems with Ireland, could be extended by a year to 2021. EU negotiators proposed this to ease a demand for special rules for Northern Ireland.

Such an extension, keeping Britain under EU governance with no say in it, would be highly unpopular with hardline supporters of Brexit. Tajani said May told him she would consider it but gave no indication of whether she favoured such an extension.

May has repeatedly ruled out extending what she calls an implementation period, but at least one of her ministers has indicated he may support such a step. She has instead pressed the EU to move on to talks on the future relationship, and secure a trade deal that could end the need for a backstop.

One EU diplomat closely involved in the negotiations said May’s intervention had revived spirits after the disappointments of the weekend: “The atmosphere has improved. There is more trust and willingness to move forward together.”

Earlier, German Chancellor Angela Merkel had cautioned that Europe must prepare for all outcomes: “That includes the possibility that Britain leaves the European Union without a deal.”

May will rejoin her EU counterparts on Thursday as the focus shifts to a summit with Asian leaders, including China’s Premier Li Keqiang and the prime ministers of Japan and Russia.

Germany has no interest in a ‘hard’ Brexit – foreign minister