Nikola Stock Rebounds Ahead of Earnings

Deutsche Bank analyst Emmanuel Rosner added the electric vehicle maker to the firm's short-term "Catalyst Call Buy List" ahead of its second quarter earnings report, due out tomorrow. Without a focus on near-term earnings, Rosner believes that the company could use the earnings call to provide highly anticipated business updates on its BEV truck customers, Badger manufacturing partner and reservations, and commercial partner for its hydrogen stations.

Prior to the short-term buy recommendation, Rosner had a Hold rating and $54 price target on the stock. He called the stock a rare pure-play on zero-emission commercial trucks but cautioned that the stock's then-valuation (on July 16) reflected more of the mid-term opportunity without discounting the risks.

Executive Chairman Trevor Milton also tweeted that Nikola had $881 million in cash in its account with $60 million more to come in the form of warrants. In addition to these developments, Lordstown Motors Inc. (RIDE) announced that it will go public at a $1.6 billion value through a special purpose acquisition company (SPAC) transaction. The company's Endurance pickup has already received 27,000 orders, primarily from commercial fleet operators. 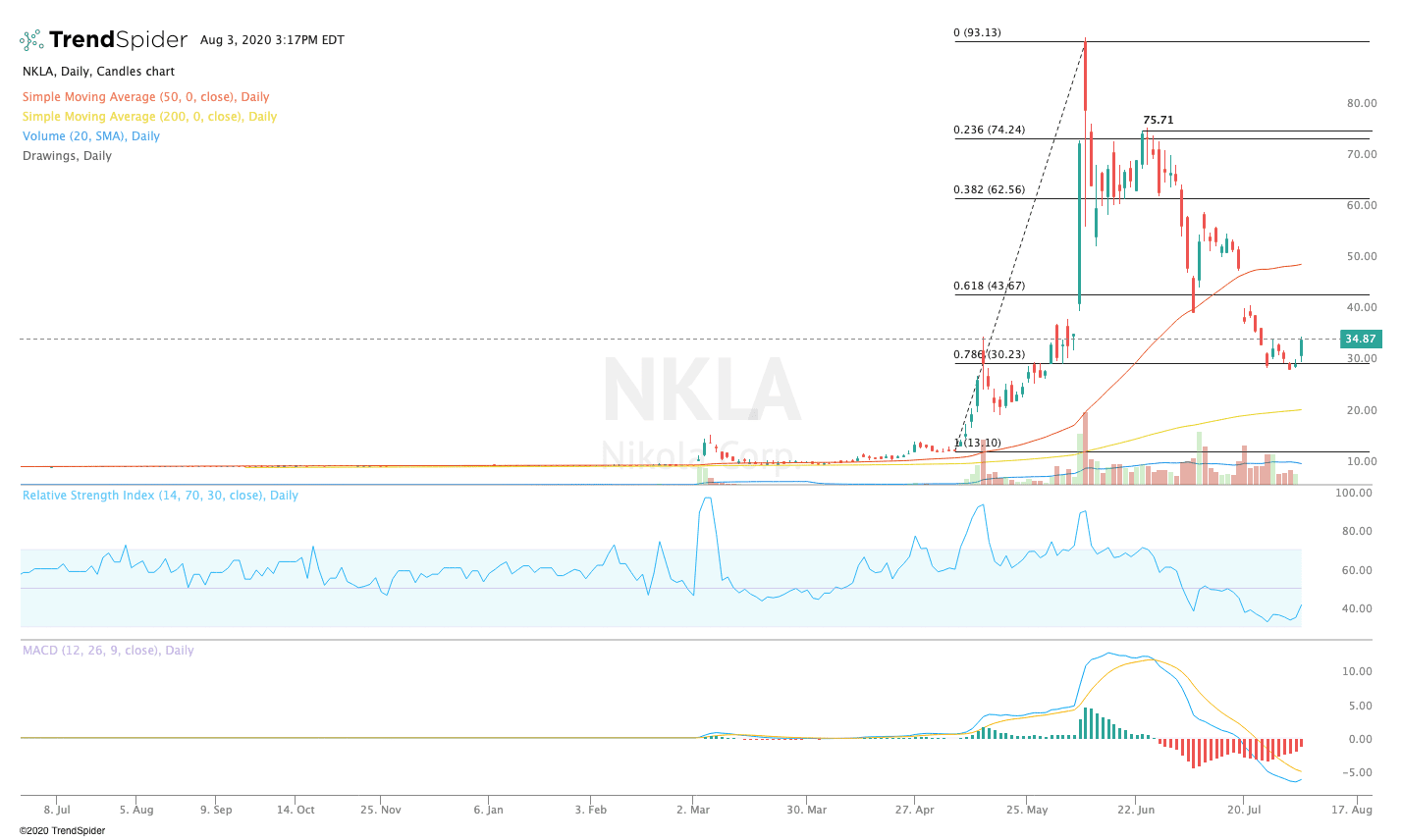 From a technical standpoint, Nikola stock rebounded from reaction lows of around $30.00, suggesting that its bearish downtrend could be reversing. The relative strength index (RSI) moved off of its lows to still-somewhat-oversold levels of 41.77, while the moving average convergence divergence (MACD) could see a near-term bullish crossover. These indicators suggest that the stock could see a bottom if earnings prove to be a positive catalyst.

Traders should watch for a move higher to the 61.8% retracement of $43.67 or the 50-day moving average at $49.57 over the coming sessions. If the stock moves lower, traders could see a move to retest the 78.6% retracement at $30.23 or an extended breakdown toward the 200-day moving average at $21.17, although that appears less likely to occur given the bullish momentum moving into the earnings call.

The author holds no position in the stock(s) mentioned except through passively managed index funds.