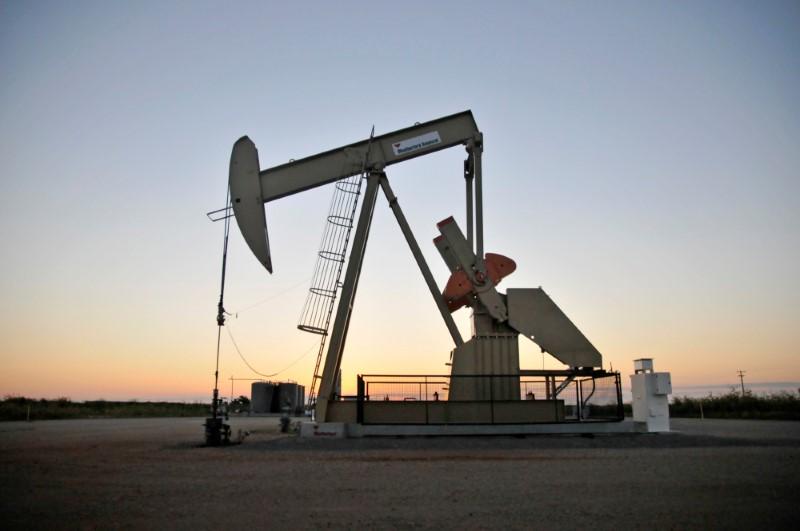 LONDON (Reuters) – Oil hit a two-week high above $74 a barrel on Wednesday as an industry report showing a drop in U.S. crude inventories and U.S. sanctions on OPEC producer Iran pointed to tighter supplies.

Oil also found support from a weak dollar, which has slipped this week in response to U.S. President Donald Trump’s comment that he was “not thrilled” by the Federal Reserve’s interest rate increases.

The prospect of a drop in oil exports from Iran, the third-largest producer in the Organization of the Petroleum Exporting Countries, in response to new U.S. sanctions is also supporting the market.

European oil companies have started to cut back on Iranian purchases, although Chinese buyers are shifting their cargoes to Iranian-owned vessels to keep supplies flowing.

OPEC has started to boost supplies following a deal with Russia and other allies in June, although producers have been cautious so far. Saudi Arabia told OPEC it cut supply in July, rather than increasing output as expected.

U.S. and Chinese officials were set to resume talks on Wednesday, but Trump has predicted there will be no real progress.

Oil up as Iran sanctions balance impact of trade war