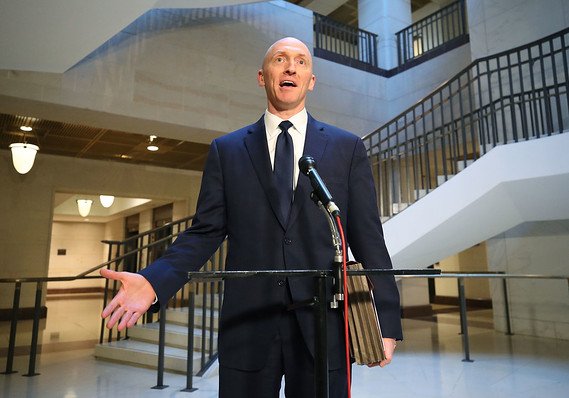 WASHINGTON — The weekend release of top-secret surveillance warrants has reignited partisan skirmishes over whether the Justice Department was justified in monitoring a former Trump campaign adviser.

President Donald Trump said on Twitter Sunday that the warrant applications make it look “more & more likely” his campaign was “illegally being spied upon.”

Democrats countered that the heavily redacted records actually show the Justice Department had acted properly in investigating and documenting the need to spy on Carter Page, the former Trump adviser. “Those applications set out in some detail, a lot of which unfortunately is redacted, just why the FBI was so concerned that Carter Page might be acting as an agent of a foreign power,” Rep. Adam Schiff, the ranking Democrat on the House Intelligence Committee, told ABC News on Sunday.

The secret surveillance of Page, which started in October 2016 and continued through at least June of the next year, is at the heart of a partisan battle over whether the Federal Bureau of Investigation had gone too far in investigating potential ties between Trump’s campaign and Russia. Moscow has denied it interfered in the election, and Trump has called the investigation a “witch hunt.”

Woman who lost 9 relatives in boating accident struggles with why she survived.