Pound falls as traders use Brexit doubts to take profits

LONDON (Reuters) – Sterling fell on Tuesday after the opposition Labour party’s finance spokesman was quoted as saying few lawmakers would back Prime Minister Theresa May’s proposed Brexit deal, and there was little sign of a breakthrough in talks with Brussels. 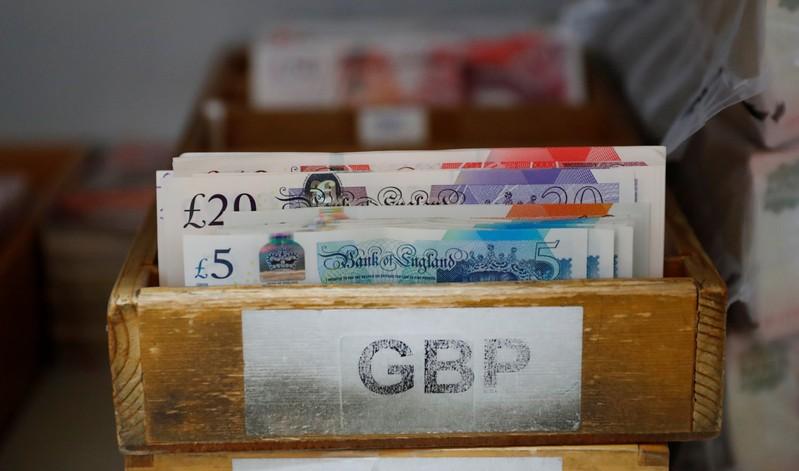 The British currency has dropped this week, reversing some of last week’s surge, as traders book profits and investors turn nervous again about the sort of divorce Britain and the European Union will have and when – or possibly even if – it will occur.

Analysts cited comments attributed to Labour’s John McDonnell that few Labour lawmakers would support May’s Brexit proposed deal when it is voted on or by March 12, meaning it could be defeated given her lack of a reliable majority.

The pound was also hurt by media reports that Michel Barnier, the EU’s chief negotiator, and Britain’s attorney general and Brexit minister were unlikely to make significant headway in talks in Brussels over tweaks to the deal demanded by hard-line Brexiteers in May’s Conservative Party.

“It’s an excuse to take some profits,” said Kenneth Broux, an analyst at Societe Generale.

It fell half a percent against the euro to 86.47 pence per euro but later rebounded to 86.13 pence.

One of the best-performing major currencies so far in 2019, sterling rose sharply last week as investors bet a no-deal Brexit would be avoided and Britain’s EU exit delayed.

If May fails to get her deal passed in parliament, lawmakers will be given a vote on postponing the EU departure date on March 29 to avoid an economically disruptive no-deal Brexit.

“My overwhelming feeling is that there is too much good news priced into sterling. The market is too complacent,” said Stephen Gallo, an analyst at BMO.

Gallo believes there is a 53 percent chance of a no-deal Brexit, much higher than most banks, because a small Brexit delay does little to resolve deep divisions within May’s party over the best sort of break from the EU.

Earlier in the session, sterling was helped by data for the UK’s dominant services sector. The data were still weak and pointing to an economy close to stagnation, but came in slightly better than expected.

After touching its lowest level in January since immediately after the 2016 Brexit referendum, the IHS Markit/CIPS UK Services Purchasing Managers’ Index edged up to 51.3 from 50.1. A Reuters poll of economists had forecast a weaker reading of 49.9 in February.