LONDON (Reuters) – Sterling gained on Monday on signs some pro-Brexit lawmakers were increasingly willing to compromise with Prime Minister Theresa May, increasing the chances the British leader will get her Brexit deal through parliament next week. 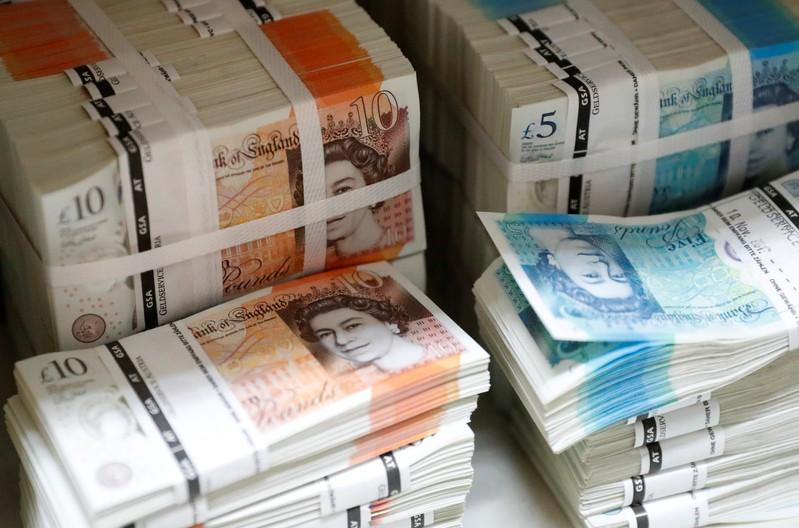 Media reports over the weekend also suggested London was softening its demands of the European Union in renegotiating parts of the Brexit withdrawal deal that is deeply unpopular within large parts of May’s own Conservative party.

The Sunday Times said a group of Brexit-supporting lawmakers who previously rejected May’s deal have set out changes they want to see to her agreement in return for her support.

The British parliament is set to vote on May’s deal next week. If it fails to pass, lawmakers will get to vote on whether to delay Brexit, currently set for March 29.

Hopes for a delay to Brexit and bets that no-deal Brexit is a far less likely outcome sent sterling surging last week. The British currency is up 3.7 percent against the dollar so far in 2019 and 4.7 percent versus the euro.

“The nonetheless rising odds of PM May’s deal succeeding (albeit we still think it is a below 50 percent probability event) are now helping GBP,” ING analysts said in a note.

Versus the dollar, the pound added 0.2 percent to $1.3235. Last week sterling hit as high as $1.3351 as investors piled back into the currency in the belief a disorderly no-deal Brexit was far less likely.

While Brexit negotiations dominate the headlines, concerns about a slowdown in the British economy continue to build.

Britain’s construction industry reported the first fall in activity in almost a year last month, with the IHS Markit/CIPS Purchasing Managers’ Index (PMI) falling to 49.5 in February from January’s reading of 50.6. Economists polled by Reuters had expected a reading of 50.3.