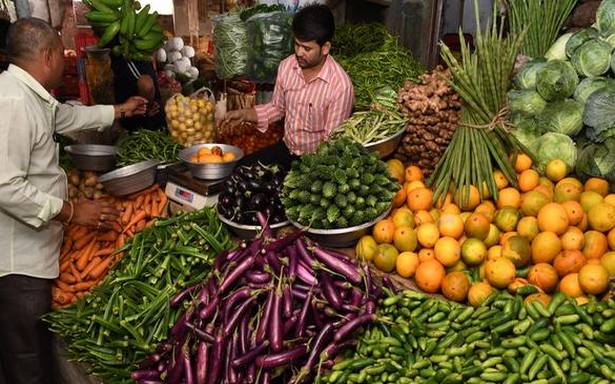 Retail inflation rose to 5 per cent in June, a five-month high despite easing food prices, government data showed on Thursday.

The earlier high was in January this year at 5.07 per cent.

As per the data released by the Central Statistics Office (CSO), the inflation in the food basket was 2.91 per cent, compared to 3.1 per cent in May.

The inflation in fuel and light category, however, went up to 7.14 per cent as against 5.8 per cent in May.

The government has mandated the Reserve Bank of India to keep inflation at 4 per cent, with a margin of 2 per cent on either side.

The RBI Governor headed Monetary Policy Committee will be meeting later this month to review the interest rate regime.