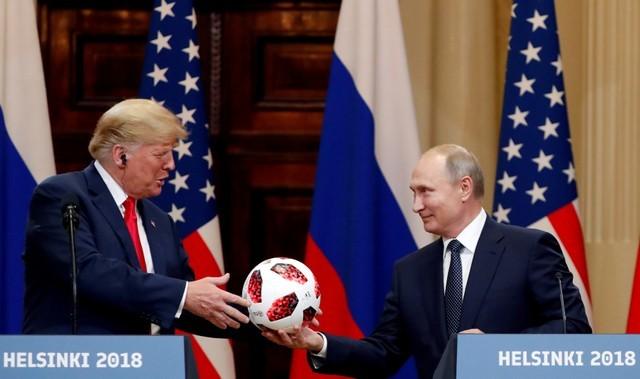 Russian establishment chalks up Trump summit as a win for Putin

MOSCOW (Reuters) – Russia’s political and media establishment heralded talks between the Russian and U.S. leaders in Helsinki as a victory for Vladimir Putin in breaking down Western resolve to treat Russia as a pariah.