Home » Economy » Sad about your kids going off to uni? You won’t be for long

Sad about your kids going off to uni? You won’t be for long

One of the truest observations I’ve ever heard about parenting is this: The days are so long, but the years are so fast. With a five- and an eight-year-old myself, it feels like they’ll be my shadows forever. In fact, they’ll disappear in a (maybe 4745-day) heartbeat.

Miss Feisty Five asked me with relish just yesterday how many years until she’s an adult and can do what she wants. My expectation already, with the volume of life at fortissimo, is that the silence will be deafening. And apparently, that’s the reality for many empty nesters… at first.

Respondents to a new study by CoreData for Australian Seniors Insurance Agency reported feeling “sad” and even “bewildered” when their children inevitably moved out (bear in mind inevitably might not be for a while: one-in-three ‘kidults’ under 35 remain at home, say ABS data).

Although just over half of parents said they felt happy after their children first left home, one in four admitted they were downcast at the development. (Incidentally, men are more upbeat than than women.)

But, after taking “a while to adjust”, as one father commented, life apparently gets sweeter. Or, more specifically, comfier. With kids out of the coop, two thirds of parents say their financial position improves, not just from the logical expense savings but because they’ve getting enterprising – en masse – with their former rugrats’ rooms.

Three in ten have turned them into areas where they can indulge in their hobbies or interests. (A couple of decades on, my childhood room remains a kind-of shrine to me – as much as that makes me feel special, Mum, read on…)

With kids out of the coop, two thirds of parents say their financial position improves.

Of the parents who’ve converted rooms, 15 per cent have begun making money from side-hustles, primarily offering their services on a freelance basis and selling their collectibles and creations. The average earned, just from hobbies and interests, was $2584 in the last 12 months.

But a small number of, clearly, habitual hosts have even turned their kid’s bedrooms into short-term accommodation like AirBnB… and they’re pocketing a bonus average $1632. For all, there was talk of finally paying off mortgages and replacing cars.

And guess what? Extrapolated over the population, this study suggests there is $1,117,619,132 a year being made from assiduous use of additional space (combining the earnings from the hobbies and hospitality).

But children checking out (so others can check in?) also brings the benefits of mental ‘space’ – and the gift of more time. Sixty-three of parents report a new sense of freedom straight away and 74 per cent say they enjoy the extra time at their disposal… for more socialising with friends and eating out (both 47 per cent) and exercise (41 per cent). 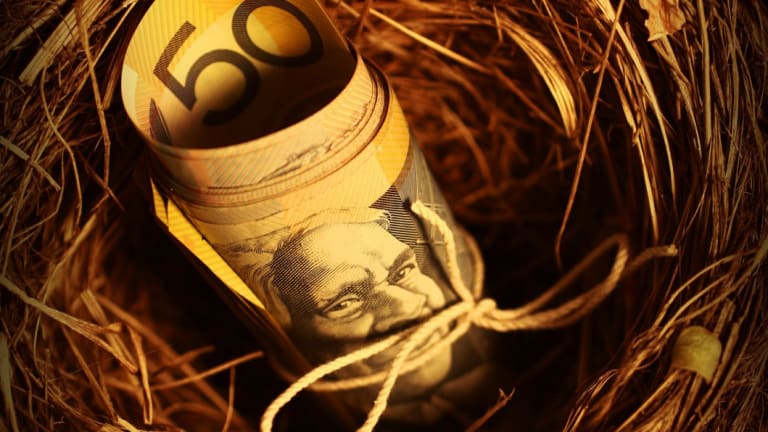 An empty nest could soon have money in it.Credit:James Davies

Firstly, we know many adult children return to their cushy, low-cost homes – almost a third of surveyed parents have a ‘boomerang child’, who came back for financial reasons (40 per cent) or due to relationship breakdown (32 per cent). So a newly luxe lifestyle may be short-lived.

Secondly, finally being kid-free is possibly not all it’s cracked up to be.

Roxanne Robotham, counsellor and practice owner at GetPerspective, tells me: “If there’s cracks or disconnection in the couple’s life prior to children leaving that does really amplify afterwards, because they don’t have the full busy schedules of children to distract attention from their own lives.”

But she also says empty nesting is often not as ‘overnight’ as it used to be. Kids are choosing to go to university closer or live away only part of each week, and retain their part-time jobs from school.

Indeed, the financial challenge of running a household was cited as the reason three-out-of-four young adults stayed home, in another recent survey by mozo.com.au. And parents were overwhelmingly happy to help.

“A lot of parents now get caught up in their young people’s lives at uni, and on campus because they can’t let go of how involved they were during their senior years,” Robotham says.

“It tends now to be a family experience. But I’m actually finding that where they continue to share those milestones together, it can be good for your relationship with your child and help everyone’s transition.”

So what can you do to prepare yourself for your son or daughter’s (maybe temporary) departure?

“If you’re in a couple, do some strategic planning and goal setting around what you’re going to do with your spare time.”

My interpretation? Hug not just your kids but your partner, if you have one, tight. And keep you -your interests, education, social network and self-care – in sight.

Nicole Pedersen-McKinnon is a money educator and consumer advocate.

This new game show will pay off your student loan debt

Women: we need to talk about your money choices

Are you swimming in debt? Here’s a four-step strategy to pay it off

4 Ways to Use Automation to Improve Your Finances