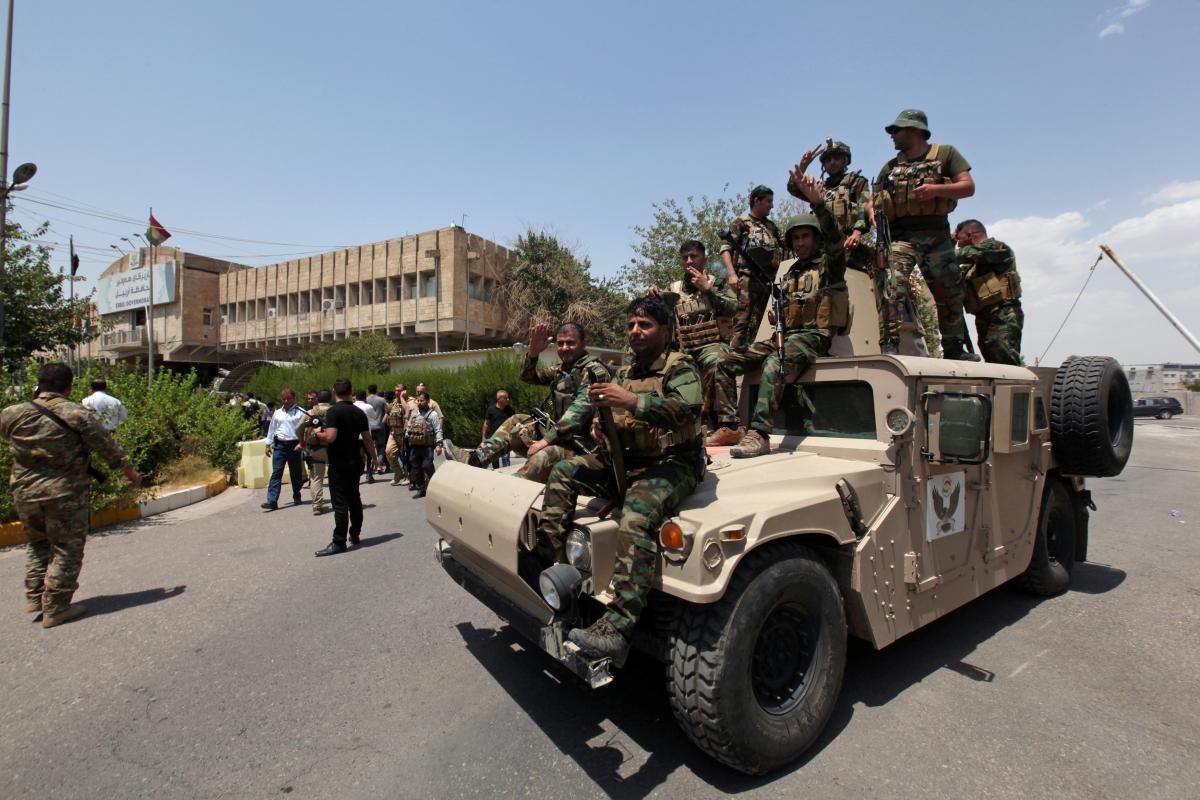 ERBIL, Iraq (Reuters) – Kurdish security forces killed gunmen who had stormed a government building in the Kurdish city of Erbil on Monday and took hostages in an attack suspected of being carried out by Islamic State, security officials said,

Armed with pistols, AK-47 rifles and hand grenades, the assailants shot their way into the building housing the governorate from the main gate and a side entrance.

According to preliminary investigations, one government employee was killed in four hours of clashes. Two policemen were wounded.

Seizing the third floor and taking an unspecified number of hostages, the men screamed “Allahu Akbar” (God is Greatest).

There were conflicting accounts on the details of the attack. Security officials said two of the men carried out suicide bombings.

But Erbil Governor Nawzad Hadi said none of the men blew themselves up. There were three assailants, he added.

Snipers took up positions on a nearby building in Erbil’s busy commercial district and opened fire at the militants. Hand grenades were hurled at security forces.

“We believe that the attackers are from Islamic State because of the tactics they used in breaking into the building from the main gate. Two gunmen used pistols to shoot at the guards,” said a security official.

Iraq announced in December that it had defeated Islamic State. The militants came close to Erbil during a lightning offensive in 2014 before being pushed back, but were only driven from the city of Mosul, about 85 km west of Erbil, a year ago after a long, Western-backed campaign.

The group still carries out attacks in parts of Iraq, an OPEC oil producer and close ally of the United States.

Such high-profile assaults are rare in Erbil, seat of the Kurdistan Regional Government (KRG).

Last year a Kurdish bid for independence from the central government was quashed by the Iraqi army and militias allied with Iran.

Tensions are high between the two main Kurdish parties because of difference over the independence issue.

Kurdish security forces said the gunmen, who were speaking Kurdish, asked the women to leave and kept the men inside. 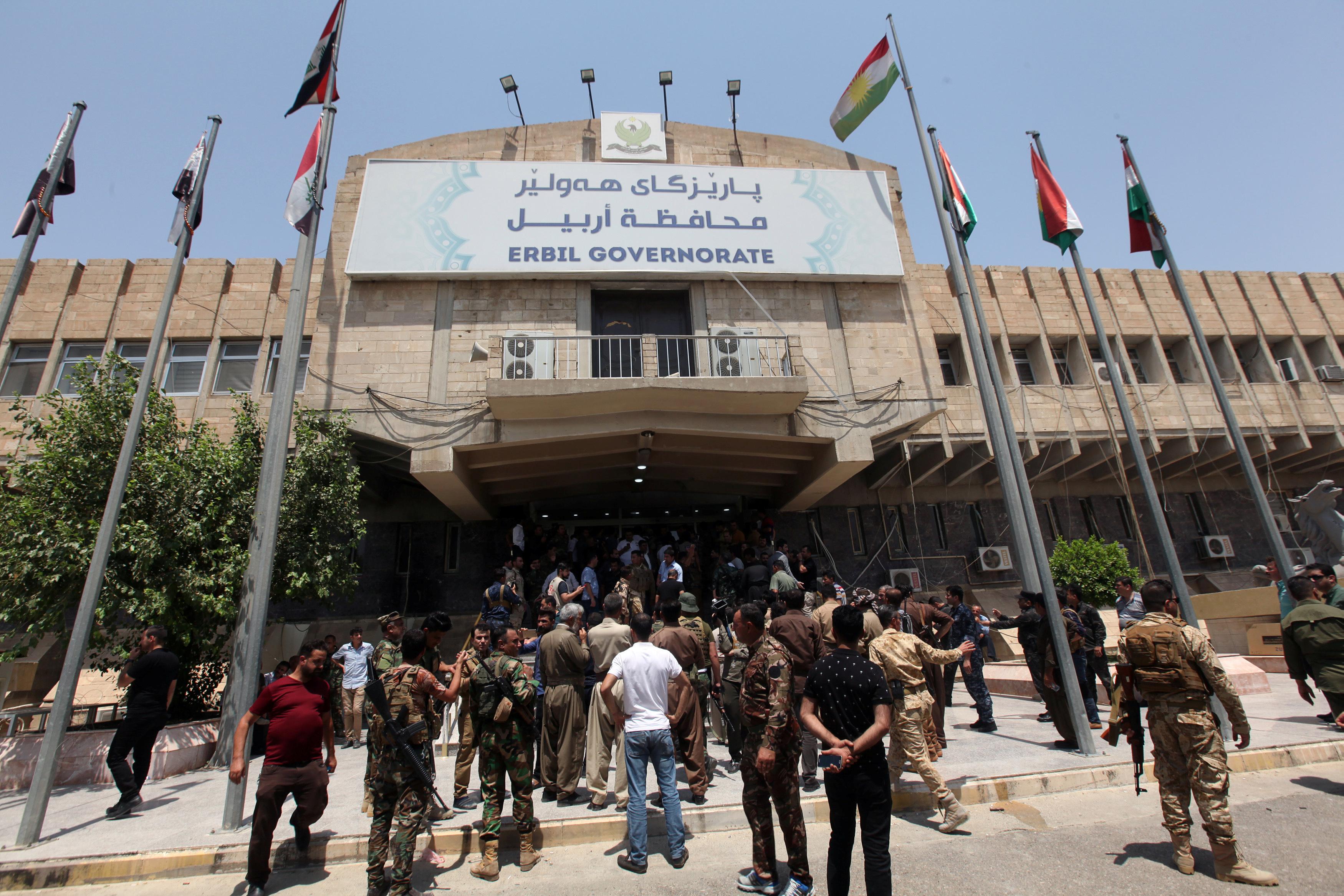 Islamic State has in the past established units composed solely of Kurdish militants who fought in both Iraq and Syria.