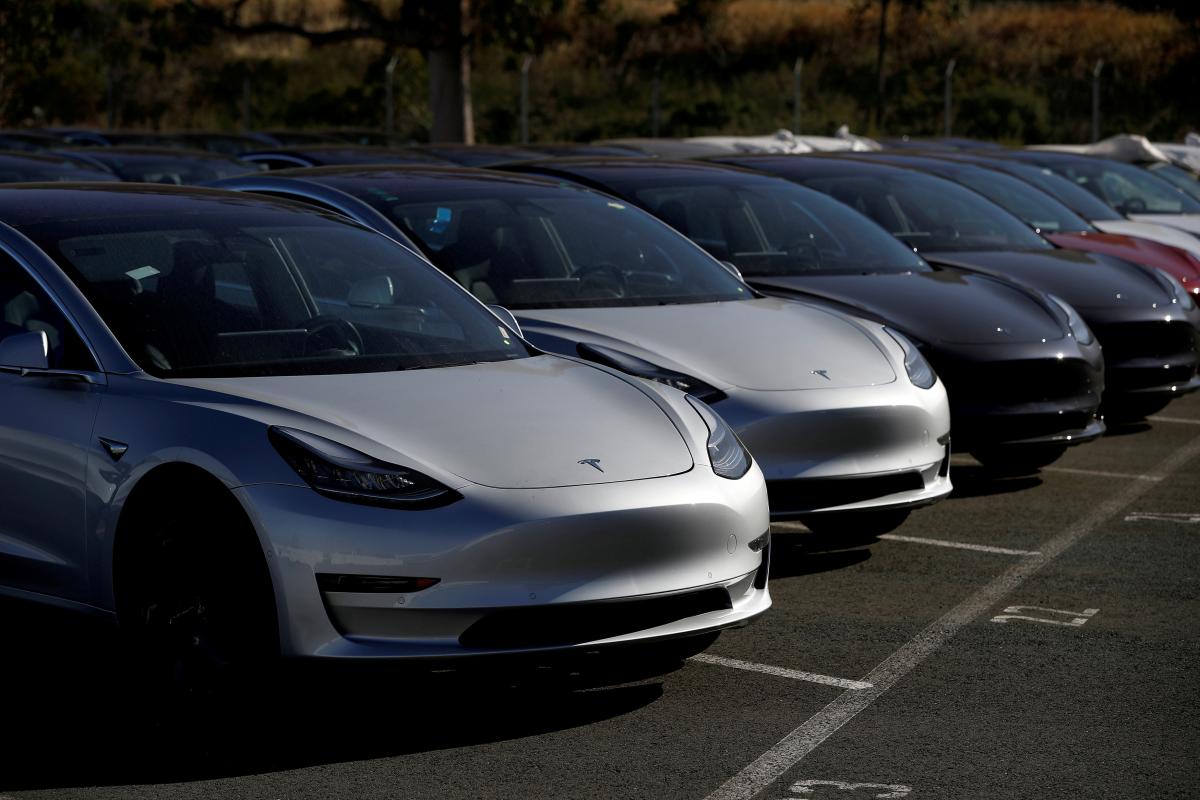 Tesla shares drop on report that it asked suppliers for refunds

(Reuters) – Shares of Tesla Inc (TSLA.O) fell more than 4 percent in trading before the bell on Monday, after a report that the electric car maker has turned to some suppliers for a refund of previously made payments in a bid to turn a profit.

Tesla has asked some suppliers to refund money paid by the electric car maker since 2016, the Wall Street Journal reported on Sunday citing a memo.

The memo, which the paper said was sent by a global supply manager, described the request as essential to Tesla’s continued operation and characterized it as an investment in the car company to continue the long-term growth between both players.

Tesla could not be immediately reached for comment, although the WSJ quoted the company as confirming it is seeking price reductions for projects, some of which date back to 2016.

Chief Executive Officer Elon Musk also tweeted: “Only costs that actually apply to Q3 & beyond will be counted. It would not be correct to apply historical cost savings to current quarter.”

“Automakers often have brutal pricing demands on suppliers for future work, but retroactive rebates is not something we hear much about, and this is troubling for us to hear,” David Whiston, an analyst with brokerage Morningstar wrote in a note to clients.

Tesla has been burning through cash as it ramps up production of its Model 3 sedan. While Musk has said the company does not need to raise cash this year, several analysts have predicted that the electric car maker would need to raise capital soon.

Tesla had about $3.2 billion in cash as of the first quarter ended March 31, after spending about $1 billion in the quarter.

While the WSJ reported the memo as saying that all suppliers were being asked to help the company become profitable, it said it had contacted a number of suppliers who said they were unaware of such a demand.

“This is one more sign that money is getting shorter and shorter and I am sure that Tesla needs fresh money at the latest next year,” said Frank Schwope, an analyst with NORD/LB.

Tesla has said the company will be profitable in the third and fourth quarters of the year. It posted a loss of $709.6 million in its first quarter.

Last month, Tesla said it was cutting several thousand jobs across the company in a bid to slash costs and become sustainably profitable without endangering the ramp up of Model 3 production.

Shares in the company fell 4.3 percent to $300.27 in premarket trading on Monday, knocking $2.26 billion off its market capitalization.