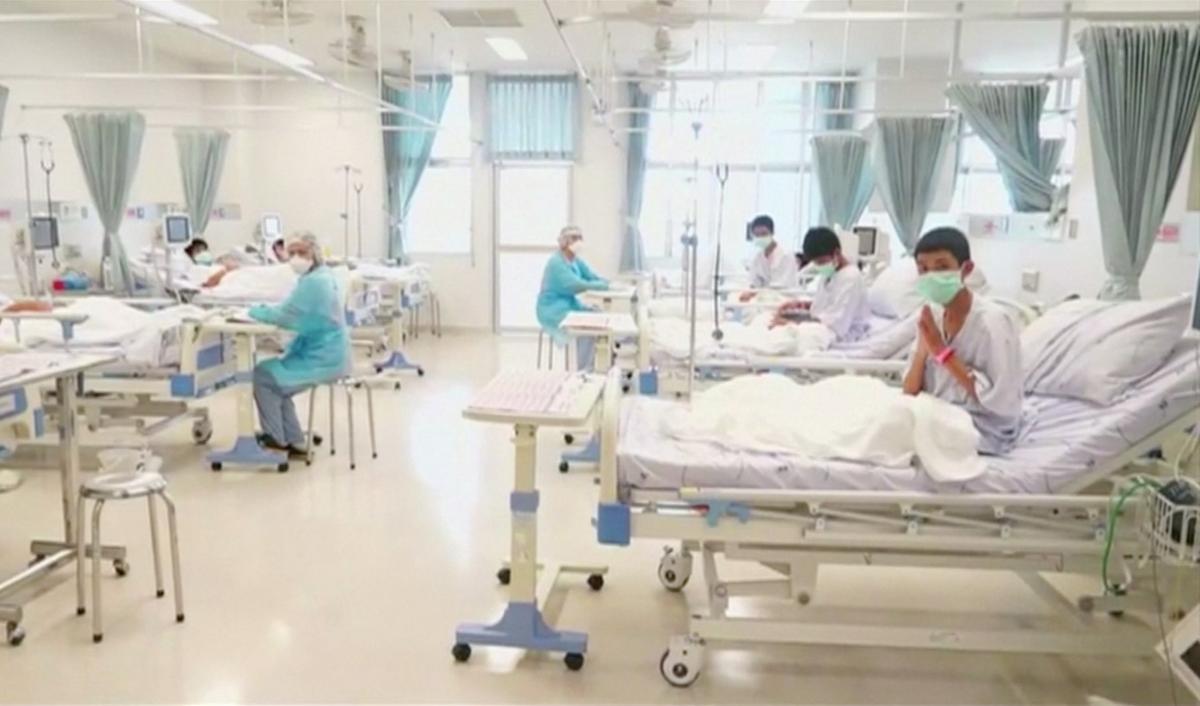 BANGKOK (Reuters) – Twelve boys and their soccer coach rescued from a flooded Thai cave will watch a recording of the World Cup final which takes place on Sunday, not the live broadcast, an official at the hospital they are staying in said.