The 5 costliest hurricanes in American history

FBN’s Ashley Webster on how Florida is preparing for Hurricane Dorian.

Hurricanes cost the U.S. billions of dollars in damages every year. Between 1986 and 2015, the National Oceanic and Atmospheric Administration (NOAA) estimates destruction caused by hurricanes totaled more than $515 billion.

FOX Business breaks down the five costliest hurricanes to hit the U.S. 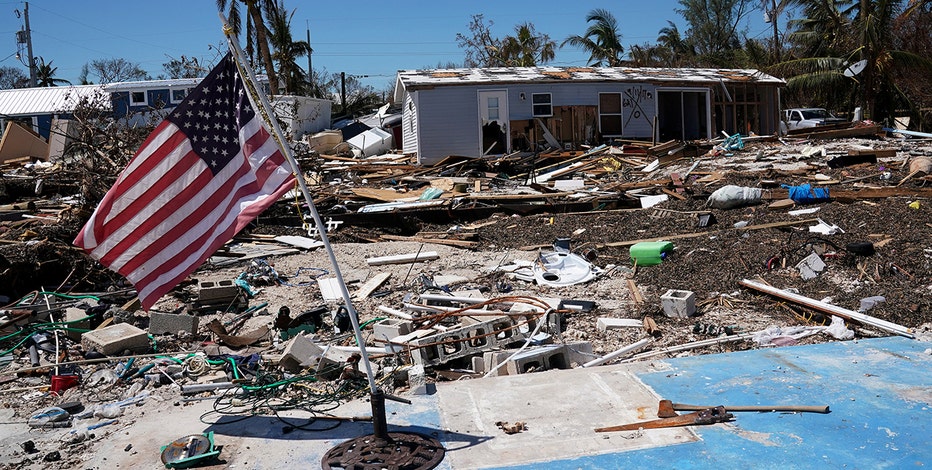 Hurricane Irma made landfall on the west coast of Florida as a Category 3 storm on Sept. 10, 2017, and moved northward up the Gulf Coast with winds peaking at 145 mph. Irma left 12 million Floridians and more than 1 million Georgians without power. The storm took the lives of 129 people and forced the evacuation order of over 6 million Florida residents. The hurricane also had devastating effects on the citrus industry, where nearly 40 percent of fruit in groves across Florida was destroyed. 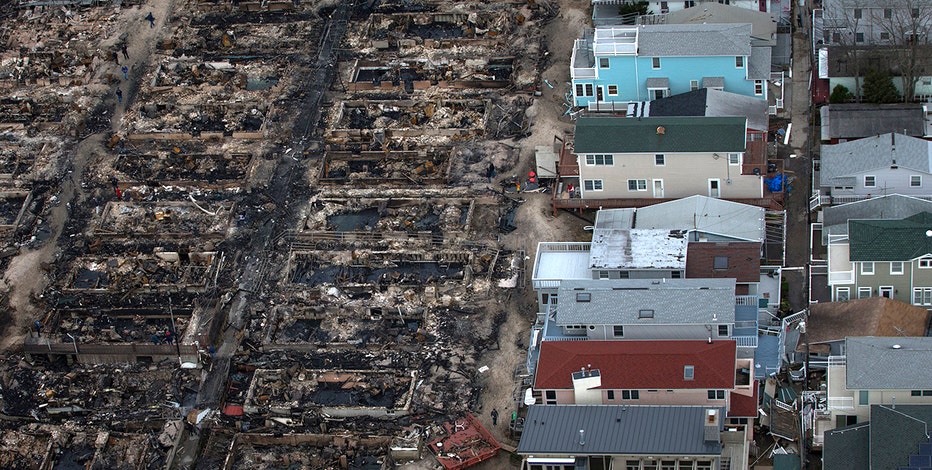 Burned houses are seen next to those which survived in Breezy Point, a neighborhood located in the New York City borough of Queens, after they were devastated by Hurricane Sandy October 31, 2012. Sandy, the massive storm that tore through the U.S. Ea

Hitting the coast of New Jersey on Oct. 29, 2012, Hurricane Sandy had a radius of maximum wind reaching 1,000 miles — three times that of a typical hurricane, according to an official New York City report. The storm left 17 percent of the city’s landmass flooded and devastated the towns down the Jersey shore. 117 deaths were reported to the Red Cross, according to the Center for Disease Control (CDC) and over 8 million homes were without power. Notably, at the time of the event, Anheuser-Busch set its beer canning facilities to canning water for hurricane victims left without clean drinking water. 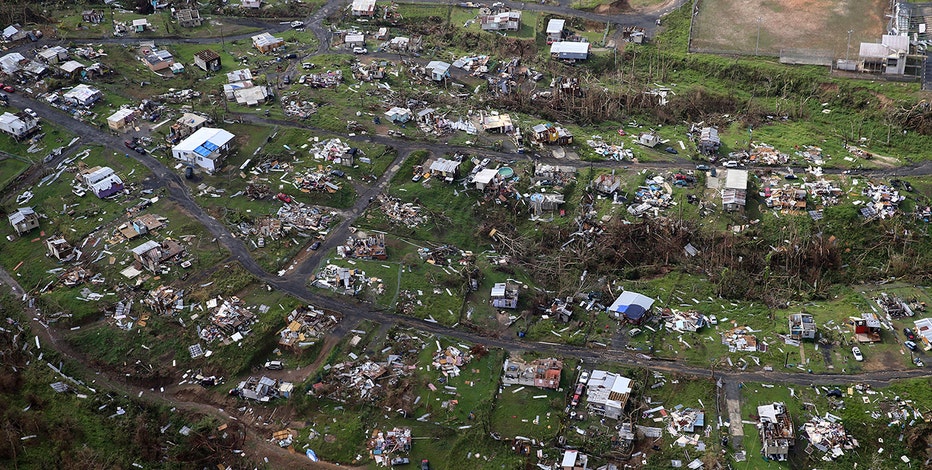 Destroyed communities are seen in the aftermath of Hurricane Maria in Toa Alta, Puerto Rico, Thursday, Sept. 28, 2017. The aftermath of the powerful storm has resulted in a near-total shutdown of the U.S. territory’s economy that lastins weeks. (AP P

Smashing into Puerto Rico on September 20th, 2017, Hurricane Maria made landfall just below the threshold for a category 5 storm with storm surges reaching over five feet above ground level. In the wake of the storm, FoxBusiness.com reported 75,000 homes were destroyed with damage to a further 300,000. The death toll from this hurricane are uncertain, but, in August of 2018, the Governor of Puerto Rico reported the official number to be 2,975 lives. Controversy erupted in the aftermath of the disaster when accusations of mismanagement were levied against Puerto Rican officials in their handling of the relief effort. 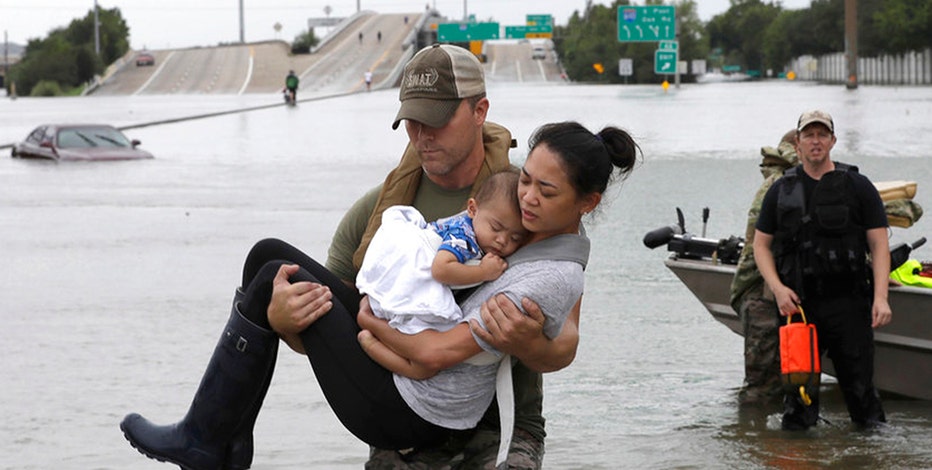 CORRECTS FROM CONNIE TO CATHERINE – Houston Police SWAT officer Daryl Hudeck carries Catherine Pham and her 13-month-old son Aiden after rescuing them from their home surrounded by floodwaters from Tropical Storm Harvey Sunday, Aug. 27, 2017, in Hous

Making landfall as a category 4 hurricane on August 26th of 2017 and then again in Louisiana on August 30th, Harvey was characterized by largescale flooding across southeastern Texas. Over 300,000 structures and 500,000 cars were flooded, according to the official National Oceanic and Atmospheric Administration (NOAA) report. The storm was directly responsible for 68 deaths—mainly in the Houston area—with an additional 35 lives lost resulting from indirect causes. 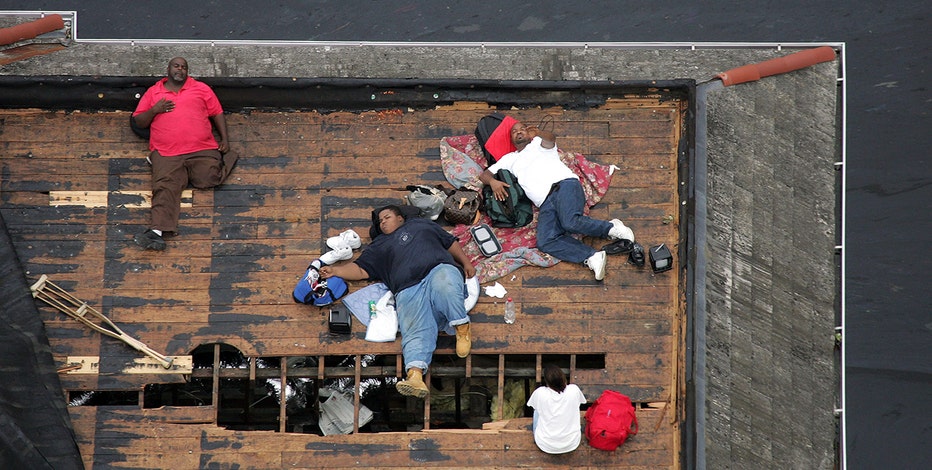 Residents wait on a roof top to be rescued from the floodwaters of Hurricane Katrina in New Orleans September 1, 2005. Authorities suspended an evacuation of New Orleans on Thursday after a reported shooting at a U.S. military helicopter and Presiden

On the 29th of August, 2005, Hurricane Katrina made landfall just below the threshold of a category 4 storm. The official NOAA reports 1,833 lives were lost as a result of the storm which left the city of New Orleans overwhelmed by flooding in which many survivors were forced to find refuge on the roof of their homes. This was the result of the several breeches and overflows of the city’s protective levees and floodwalls, after which roughly 80 percent of New Orleans was flooded to depths up to 20 feet. 14 years after the devastation, the Environmental and Energy Study Institute reports that the recovery effort is still “a work in progress.”

'A lemon or a winner': Public still in the dark on NEG modelling

Trade in fakes grows on the back of a ‘secret society’, warns OECD
Economy
Industies News