Home » Economy » Trouble in the sky: The air numbers that point to a economic slowdown

Trouble in the sky: The air numbers that point to a economic slowdown

Global air freight started to weaken again last month, after improving in the final quarter of 2019, a worrying sign the nascent upturn in the global economy was running into trouble even before the coronavirus crisis worsened. 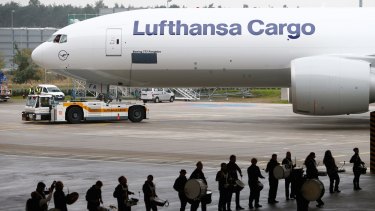 Slumping air freight numbers are not a good sign for the global economy. Credit:Bloomberg

Air freight volumes are sensitive to changes in the business cycle, especially in manufacturing and global value chains. Both the tonnage handled at major international cargo hubs and the total tonne-kilometres moved on principal routes track the business cycle closely.

Air freight is a coincident rather than a leading indicator of economic activity, but because cargo data are available more quickly than other statistics, they can act as the canary in the mine, warning of wider changes in the economy.

Air cargo growth through major hubs such as Hong Kong, Singapore and London’s Heathrow began to decelerate in the middle of 2017 and by the end of 2018 was falling year-on-year.

The freight downturn worsened throughout the first nine months of 2019 as trade tensions between the United States and China intensified and global manufacturing activity was hit by a slump.

However, from the end of the third quarter and the beginning of the fourth, cargo volumes showed signs of stabilising and even improving slightly.

The improvement coincided with an upturn in financial markets, including US equity indices, and a normalisation of the US Treasury yield curve, suggesting investors were becoming more optimistic about the outlook.

It also corresponded with an upturn in the composite leading indicator of economic activity published by the Organisation for Economic Cooperation and Development (OECD).

By the end of the third quarter, the worst of the economic slowdown appeared to be over, with investors anticipating a US-China trade truce, an increase in business investment, and faster economic growth in 2020. 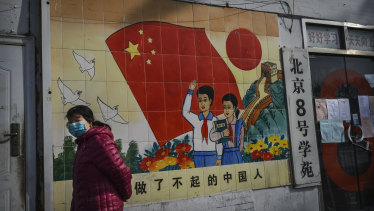 Global manufacturing numbers were showing worrying signs even before the coronavirus outbreak.Credit:Getty Images

But air cargo volumes weakened again in the first month of 2020, suggesting the upswing was running out of steam even before the coronavirus epidemic shutdown much of China’s manufacturing sector in February.

Hong Kong International Airport, the busiest air cargo hub in the world, reported freight volumes were down almost 11 per cent in January compared with the same month in 2019 and 14 per cent compared with 2018.

Hong Kong's air freight has been hit by a perfect storm from the trade war, the global manufacturing slowdown, civil unrest in the special administrative region, and now the coronavirus-driven downturn in China.

The downturn in air freight is likely to be much worse in February with many of China's businesses closed to prevent the spread of coronavirus.

The risk now is that coronavirus will hit a global economy still fragile after the downturn of 2018/19, with the slowdown centred on China but spreading through global supply chains throughout Asia and to other regions.