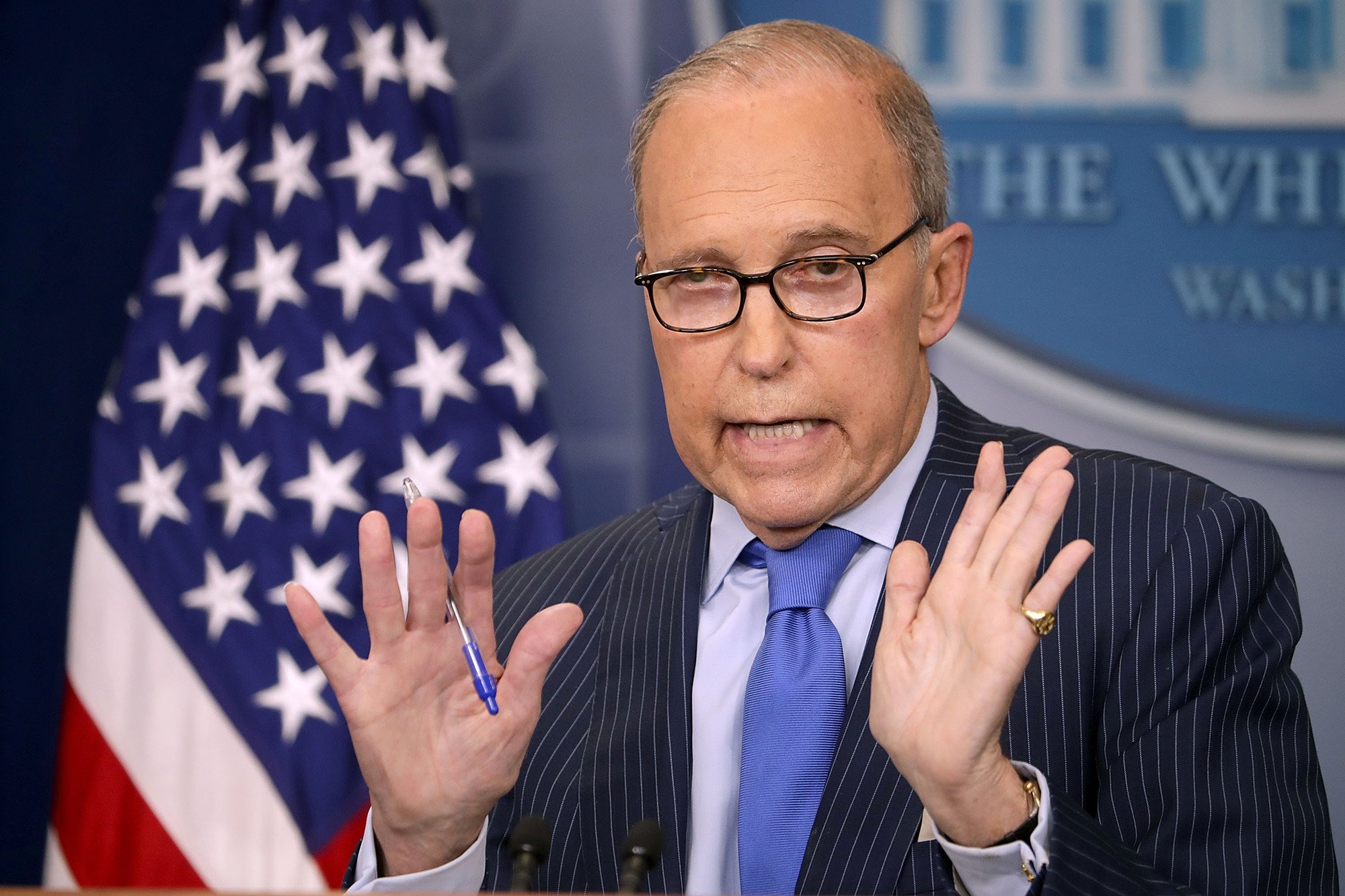 National Economic Council director Larry Kudlow painted a rosy picture of the economy Wednesday — even as the US is embroiled in the beginning of a trade war.

“There’s no recession in sight right now,” Kudlow said at an investor conference in New York.

In fact, while some think that the booming post-recession economy is on its last legs, Kudlow sees the good times rolling for several more years — and perhaps getting even better.

“It is possible that a, quote, real business growth cycle is right there in front of us for the next four, five, six years,” Kudlow said.

Kudlow’s bullishness stems from the possibility of an unprecedented capital spending boom, the return of capital to US from Europe and China at levels unseen since the 1990s.

“We have been in a growth recession since the middle of 2009,” Kudlow said, referring to years of tepid 2 percent GDP growth since the Great Recession.

What Kudlow envisions in the coming years is a “full-fledged recovery,” where GDP could exceed 4 percent for a quarter or two.

“Don’t be gloomy and doomy in an overboard sense,” Kudlow said.

Kudlow’s remarks, delivered at the CNBC Institutional Investor Delivering Alpha Conference, come as many from Wall Street to Washington have said the economic recovery — in its ninth year — is long in the tooth.

A more volatile stock market and trade war worries have accelerated concern that the end of the boom times is near.

Earlier this month, the US and China levied tariffs of $34 billion on each other’s goods, with the Trump administration threatening more tariffs in response to what it says is China’s theft of US intellectual property.

The ball is now in President Xi Jinping’s court to end the tit-for-tat nature of the brewing trade war, Kudlow said, adding that his sources indicate that many in China want a deal to be made.

“President Trump inherited this mess and a broken trading system … He sees himself as a free trader, people don’t get this. Don’t blame Trump, blame China,” Kudlow said.