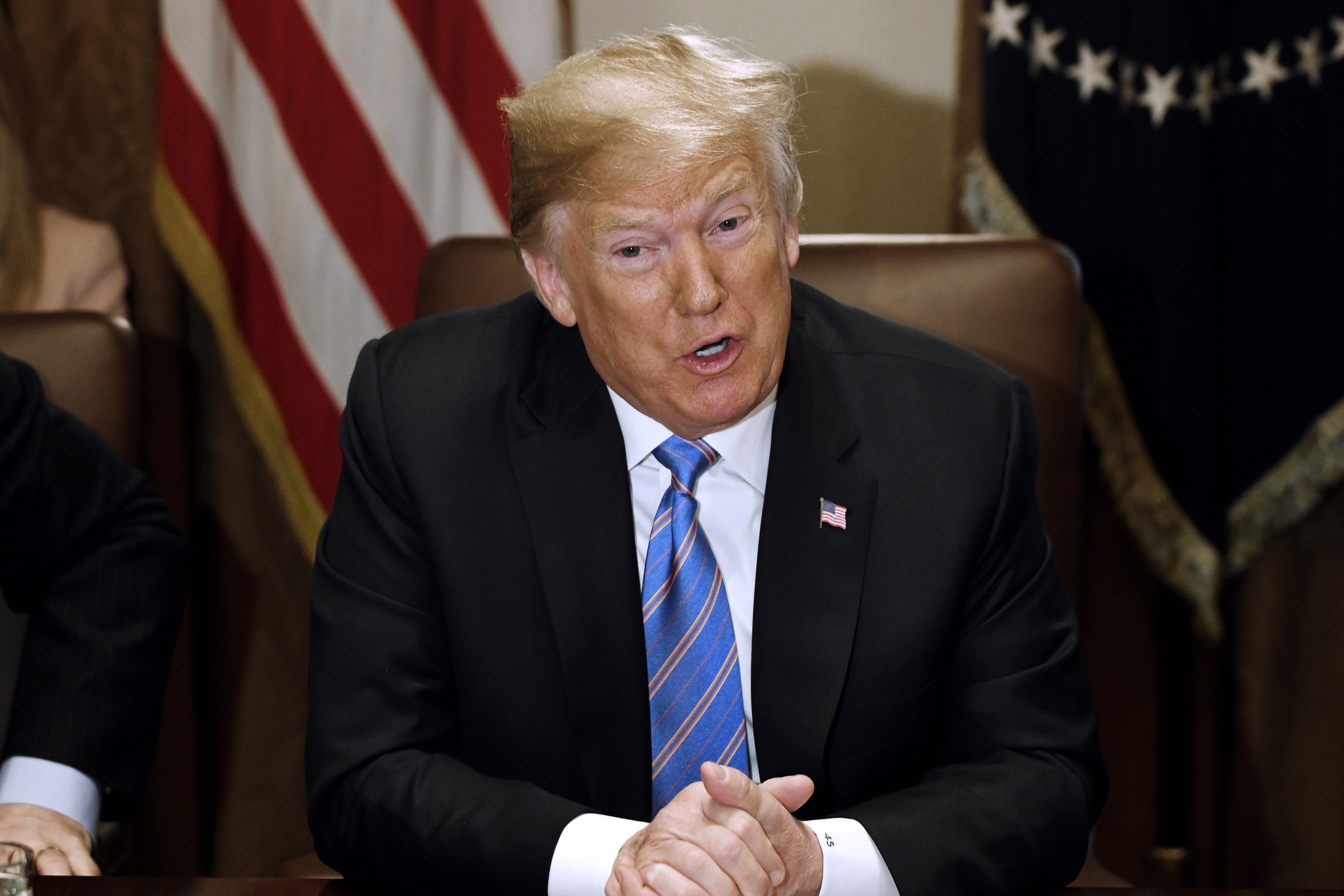 Trump gripes about Fed in rare rebuke by sitting president

“I’m not thrilled. Because we go up and every time you go up, they want to raise rates again. I don’t really — I am not happy about it. But at the same time, I’m letting them do what they feel is best,” Trump told CNBC in a rare rebuke of the Fed by a sitting president.

The commander-in-chief acknowledged that his criticism was unusual — but said he didn’t care.

“Now I’m just saying the same thing that I would have said as a private citizen,” he said.

“So somebody would say, ‘Oh, maybe you shouldn’t say that as president.’ I couldn’t care less what they say, because my views haven’t changed. I don’t like all of this work that we’re putting into the economy and then I see rates going up,” he said.

Central bank officials, including chair Jerome Powell, have raised interest rates twice already this year and were gearing up for two more increases before the end of 2018.

Trump said he didn’t approve of the hikes, even though he said he “put a very good man in” at the Fed in Powell.

“But I don’t like all of this work that goes into doing what we’re doing.”

Powell has said he believes the economy is strong enough for the Fed to continue normalizing rates, which were held at a historically low level during the recovery.

But Trump — in a tit-for-tat tariff war with the EU, China, Mexico and Canada — said he was worried that the timing put the US at a “disadvantage” while the European Central Bank and the Bank of Japan maintain loose monetary policy, the network reported.

“One of the hallmarks of our great American economy is preserving the independence of the Federal Reserve. No president should interfere with the workings of the Fed,” Fisher said.

“Were I chairman Powell, I would ignore the president and do my job and I am confident he will do just that.”

The economy has continued to grow since Trump took office, with unemployment rates down, growth rising and the stock market up.