Home » Economy » While Trump meets Putin, China is reaching out to Europe 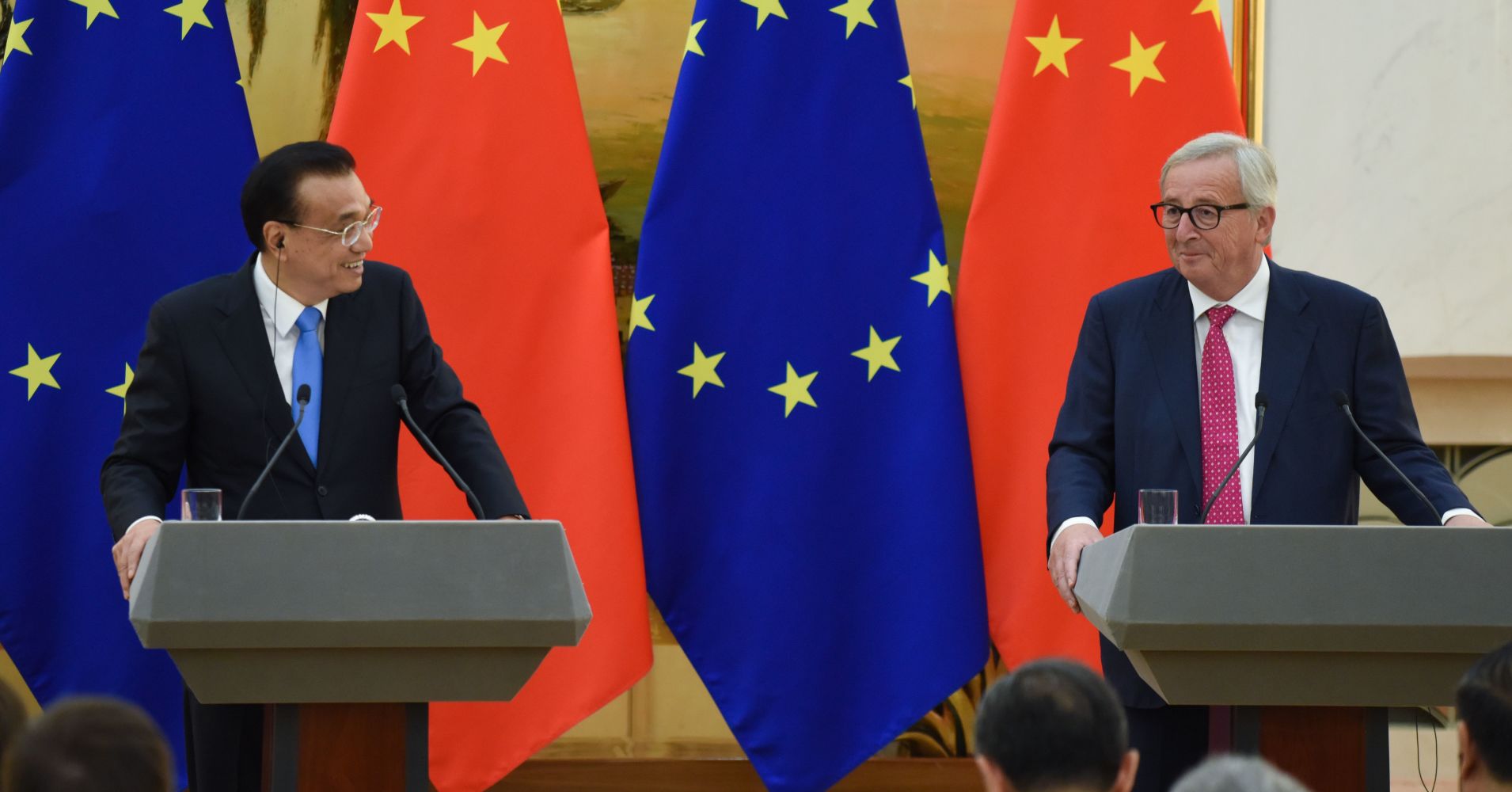 While Trump meets Putin, China is reaching out to Europe

The spotlight might be on Presidents Donald Trump and Vladimir Putin Monday as they hold their first summit; but investors will also monitor a meeting between the EU and China with both looking to fend off U.S. tariffs.

The EU and China launched negotiations for an investment agreement in 2013, but the ongoing threats and new trade tariffs imposed by the United States seem to have added a sense of urgency to those talks. Beijing and Brussels exchanged some market access offers during the meeting on Monday to speed up the negotiations of the investment agreement. In a statement, China and the EU agreed that fostering their trade links was a top priority.

An investment agreement makes it easier for domestic companies to invest abroad, in this case it could help European firms to operate in China and vice-versa. Such agreements tend to be more limited in scope to free-trade arrangements.

Chinese Prime Minister Li Keqiang said Monday morning that Beijing wants more balanced trade with the European Union and that both should look to conclude investment agreements at an early date. Furthermore, European Commission President Jean-Claude Juncker said that “In today’s world (the EU-China) partnership is more important than ever before.”

Chinese efforts to get closer to Europe take place at a time when both are upset at Trump’s decision to slap new tariffs on their products. The White House fully implemented levies on steel and aluminum products in June and China has also been hit by duties on the grounds of intellectual property theft.

The latest round of U.S. tariffs hit $34 billion of Chinese goods, with Beijing retaliating proportionally. Trump has also threatened there could be more tariffs against China worth $200 billion.

Bjorn Giesbergen, an East Asia economist at Rabobank Research, told CNBC via email that China will be more “aggressive and fierce” with its trade rhetoric, especially toward the U.S. In contrast, he believed the EU would like to “keep the door open” in order to prevent the implementation of auto tariffs or cancelling the earlier steel and aluminum tariffs.

Trump has also threatened to impose double-digit tariffs against European cars to reduce the U.S.’s trade deficit. This would have a significant impact on European carmakers and ultimately impact the entire economic performance of the bloc.

Car tariffs are particularly painful for Germany compared to other European countries. Germany alone represented 55 percent of total EU car exports in 2017. Lower profits are not only negative for these firms but also for equity investors, given that it could affect investment and dividend payments from these major firms.

“Other product groups which are vulnerable to protectionist measures by the U.S. are European exports of electronic equipment; aircrafts and components; and even art and antiques,” Giesbergen told CNBC.

Speaking ahead of his meeting with Putin, Trump said the EU is a “foe” when it comes to trade. European Council President Donald Tusk responded on twitter: “America and the EU are best friends. Whoever says we are foes is spreading fake news.”