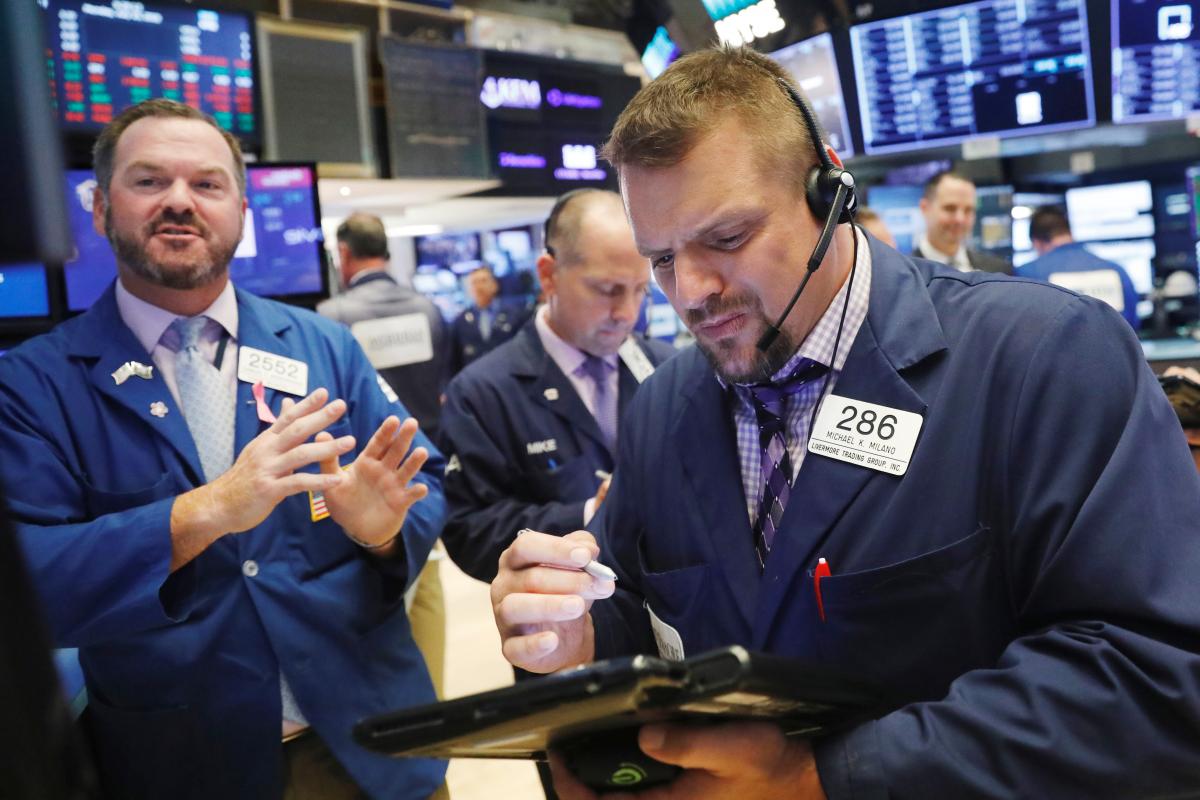 (Reuters) – U.S. stock indexes treaded water on Monday, as gains in financials were offset by losses in Amazon and industrials, as investors waited for earnings reports from marquee corporations to assess the impact of an escalating U.S.-China trade conflict.

Traders work on the floor of the New York Stock Exchange shortly after the opening bell in New York, U.S., July 23, 2018. REUTERS/Lucas Jackson

Amazon.com (AMZN.O) slipped 0.5 percent and was the biggest drag on the Nasdaq after U.S. President Donald Trump renewed his attacks on the retailer.

The machinery parts maker slashed its full-year profit and margin forecasts, joining Netflix in blaming the strong dollar for the cut. Several U.S. multinationals are reevaluating their currency hedging strategies as a surge in the greenback puts pressure on their overseas revenue.

Investors are also worried that the U.S.-Sino trade war could spill over to the currency markets. Trump has accused China of manipulating the yuan, while criticizing the dollar’s recent strength.

Traders work on the floor of the New York Stock Exchange shortly after the opening bell in New York, U.S., July 23, 2018. REUTERS/Lucas Jackson

“Tariffs and trade wars are concerning everyone, so investors are monitoring earnings reports to see if there is a worry about it,” said JP Gravitt, CEO and chief market strategist of Market Realist in New York.

Worries over the tariffs also dragged the Philadelphia semiconductor index .SOX lower by 0.56 percent, led by a 2.7 percent drop in Micron’s (MU.O) shares. Morgan Stanley said the tariffs increased the risk of chip stocks underperforming in the second half of the year.

Only two of the 11 major S&P sectors were higher. The financial sector .SPSY rose 1.26 percent after yields on the benchmark 10-year Treasury US10YT=RR hit a one-month high of 2.95 percent. [US/]

Apple fell 0.6 percent and was among the bigggest drags on the markets, while Google-parent Alphabet (GOOGL.O) rose 0.6 percent, boosting the markets ahead of results after the bell.

Second-quarter earnings season has been healthy so far, with analysts’ profit growth forecast now at about 22 percent, up from 20.7 percent at the start of the month, according to Thomson Reuters I/B/E/S.

Hasbro (HAS.O) jumped 13.2 percent, the most on the S&P 500, after the toymaker’s quarterly revenue and profit topped analysts’ estimates. Rival Mattel gained 3.8 percent.

Tesla’s shares (TSLA.O) fell 3.9 percent after a report that the electric car maker has turned to some suppliers for a refund of previously made payments in a bid to turn a profit.

Oilfield services provider Halliburton (HAL.N) sank 7.5 percent, the most on the S&P 500, as investors focused on growing pipeline constraints in the Permian Basin.

LifePoint Health (LPNT.O) soared 34.1 percent and lifted shares of hospital operators after the company agreed to be bought by Apollo Global Management (APO.N) in a deal valued at about $5.6 billion.