Home » Economy » We love our loyalty rewards but are they really worth the hassle?

We love our loyalty rewards but are they really worth the hassle?

Squeezing every bit of value out of his loyalty program rewards is a favourite pastime for father-of-two Aaron Nolan, 35, who regularly spends about $10,000 a month on his credit card.

“We make sure we pay for all our living expenses through the same card, to make the most of the rewards points,” Nolan, a buying director for a major supermarket group, says. 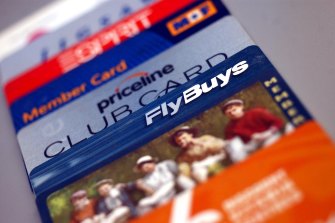 Most Australians are enrolled in some kind loyalty program yet a vast majority have no idea how to redeem their points and rarely do so.Credit:Jeremy Piper

The points add up to one family holiday each year, and he pays off the credit card in full each month, so pays no interest, making the trip totally free. Other perks include free wine when dining out and travel insurance.

“I keep a close eye on the points we accumulate and usually know what we’re saving for. I also make sure we don’t fall into the trap of spending just to earn points,” Nolan says.

The Sydneysider is among the vast majority of Australians who collect rewards points but one of the few who uses them effectively.

Research compiled for Citibank reveals 94 per cent of people are enrolled in some kind loyalty program and half choose their credit card based on the reward scheme attached. However, somewhat damningly, one in five admit they are not sure how to redeem their loyalty points and rarely did so.

The Australian Consumer and Competition Commission has major issues with the business practices of loyalty schemes and in a new report released last week warned that some even have the potential to cause widespread consumer detriment.

The watchdog also said members were having points cancelled without fair warning and have little insight or control over how their personal data is collected or shared with third parties. For example, major retailers and airlines can use data collected to discriminate against customers with inflated prices, the regulator said.

“We are calling on companies that offer loyalty schemes to improve both their data practices and how they communicate with consumers, to help consumers understand how these programs operate,” ACCC chairman Rod Sims said.

Determining the true value of loyalty programs is not straightforward because members can earn different volumes of points from various earn partners, and the value attributed to each agreement often varies.

Citi's survey of 1000 credit-card holders showed the majority of people prefer to be rewarded from their loyalty programs with cashback (58 per cent) and gift cards (53 per cent), while more than half wanted travel-related rewards, such as free flights (37 per cent) and flight upgrades (25 per cent).

The younger generation are redeeming their loyalty points more frequently – on average once every two months, according to the survey. They prefer to use their points for gift-giving, with 20 per cent saying they use points to give something special to loved ones.

Men and women also spend differently, too – women redeem points for smaller or shopping-related rewards, while men save up for something big or travel, the research found.

Top tips for making the most of your rewards points

★ Keep track of your earned points

★ Keep track of when your points expire

August jobs report: Have we maxed out employment creation?