Home » Economy » What to Expect in the Markets This Week

What to Expect in the Markets This Week

With Joe Biden now the de facto President-elect (the entire process isn't technically over until Congress certifies the Electoral College's vote in January), U.S. markets have stabilized without the uncertainty of the election hanging over them, as well as the fantastic news of the first COVID-19 vaccine from Pfizer (PFE) and Biontech (BNTX) has been approved. Not only that, but the vaccine has turned out to be even more effective than expected.

The market as a whole is up 2.2% for the week on the good news that there is now a possible end date for the pandemic potentially in sight, even if it still is a ways off. The big sectoral winner is, without any contest, the much beleaguered energy sector, which was up 17.1% as measured by the benchmark XLE ETF. This is propelled by the expectation that once the vaccine is able to end the pandemic travel, and therefore energy demand, will rise again. The tech sector brought up the rear this week, the only one of the 11 S&P 500 sectors that was negative for the week. The benchmark XLK ETF fell -0.2% this week. 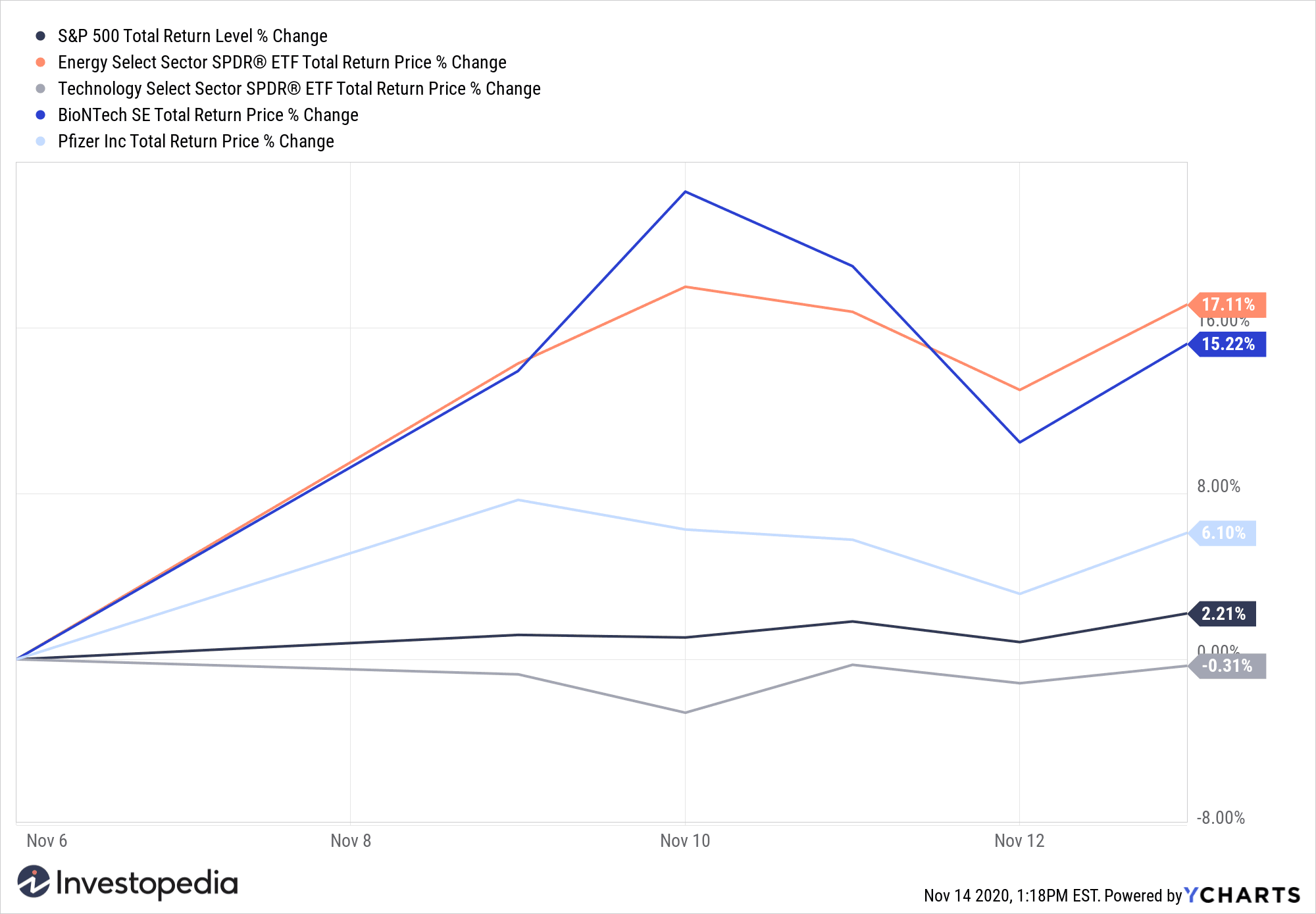 This week we're looking at the upcoming Brexit deadline, the U.S. housing market, and Nvidia earnings rounding out earnings season. But first, let's see how different asset classes have been doing.

This upcoming Thursday, the European Council, the collected heads of state or government of the member states of the EU, will hold a conference call to discuss plans to deal with the ongoing COVID-19 pandemic. This has become an unofficial deadline for a draft EU-U.K. trade agreement, because of the time needed for the European parliament to review and ratify the treaty before the official Dec. 31 deadline.

A new development occurred this Friday with the resignation of Dominic Cummings, hardline Brexiteer and chief advisor to the U.K. Prime Minister. It is unclear if the disorganization this sudden change signals decreases the likelihood of a deal or if the jettisoning of a hardline anti-EU voice in the government's inner circle will make reaching a deal easier.

The U.S. housing market is increasingly being shaped by the COVID-19 pandemic, both by low mortgage rates caused by ultra-low fed funds rates and the massive expansion of working-from-home expanding people's options. Existing home sales were up 9% and 15% in August and September respectively, so we'll see if this trend continues next Thursday when numbers for October are released. This trend may slow as median home prices have also been increasing, rising 15% year-over-year in September.

Nvidia, along with Advanced Micro Devices, is one of the two main producers of graphics processing units (GPUs), computer chips that are specialized at doing the math required to create computer graphics. These have traditionally been used to let computers play high-end videogames and do graphic design and computer animation. However, GPUs have found new markets, because it turns out that the same math required to render ultra-realistic