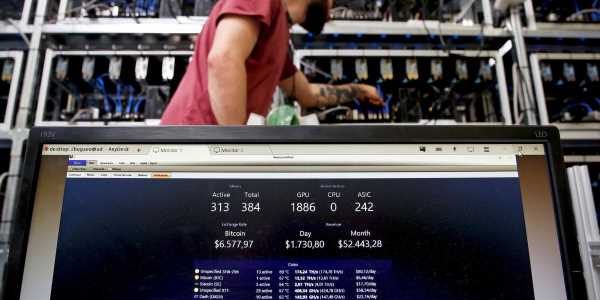 LONDON (Reuters) – The old image of bitcoin miners is of young techies in their bedrooms, hunched over laptops that solve maths puzzles to earn new coins. Now they’re more likely to be savvy startups with ultra-high-speed chips and massive, power-guzzling machines. 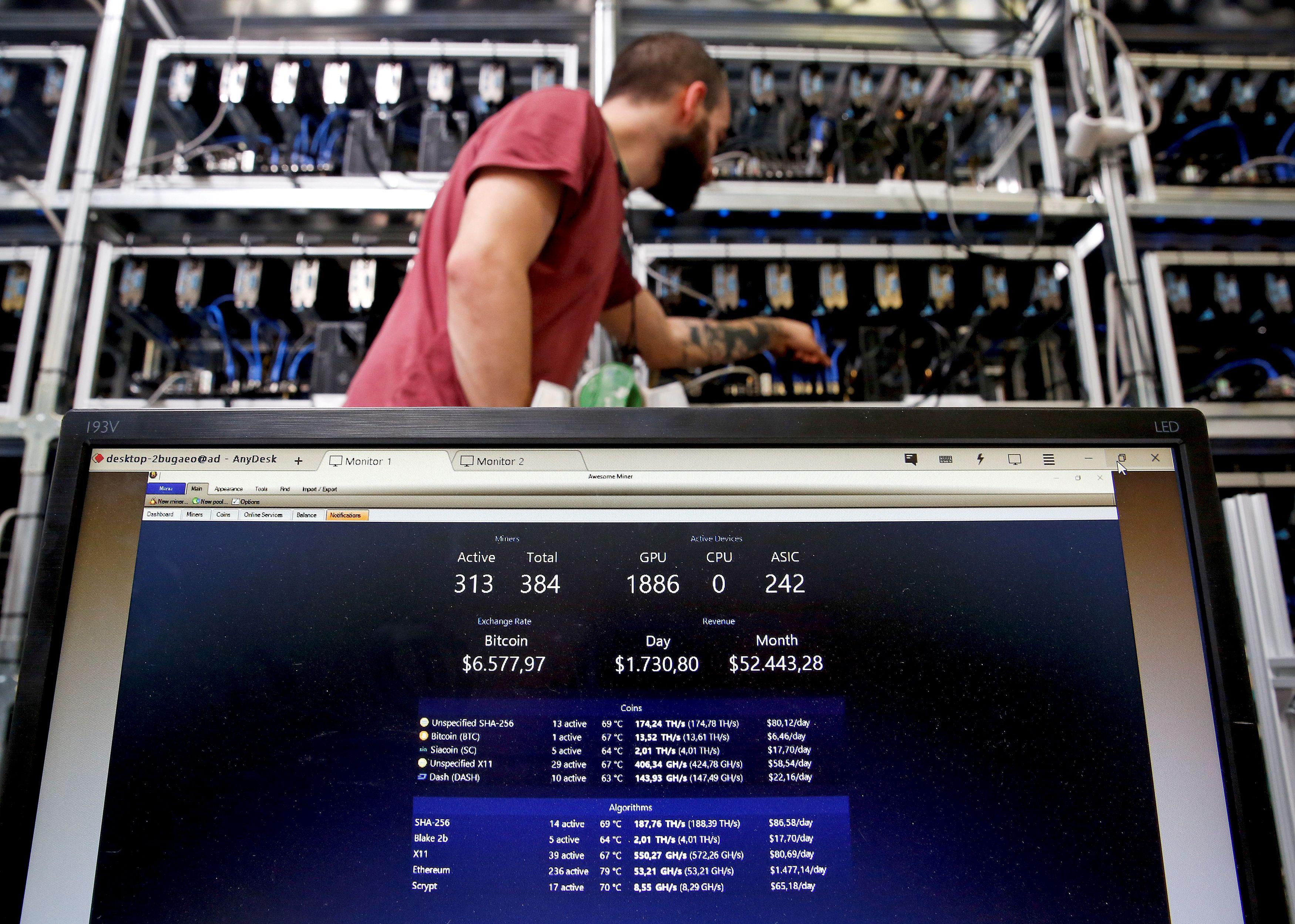 And, in a new development, they’re beginning to look to financial derivatives to hedge against the wild swings in their electricity needs that can turn profits to dust.

The growth of a market for such tools could accelerate investment in cryptocurrency mining, originally the preserve of lone enthusiasts but now a capital-intensive industry that is expected to see growing demand for digital coins.

Crypto miners must draw on increasingly large amounts of computing power as they compete against others to solve the complex mathematical equations to build the blockchain and earn rewards in the form of new digital coins.

Startups have largely been defenseless against changes in so-called “hashrate” – in short, a fluctuating measure of the processing power of the entire bitcoin network that dictates how much power miners need to produce new coins.

A spike in hashrate means more electricity is required, ramping up production costs and eating into eventual profits of coins sold. This wildcard could become a major obstacle for startups to attract much-needed investment from institutions and markets.

The answer, seven cryptocurrency miners and industry players told Reuters, are derivatives that allow miners to hedge the hashrate. In theory, that would give clearer projections of cashflow – a prerequisite for would-be investors.

The miners and crypto traders, spread from the United States and Canada to Britain and Hong Kong, said a market for such products, though in a very early form, was emerging and would grow in importance.

“The trend in hashrate is upwards. Unless miners increase production, they will get fewer bitcoin with the same power,” said Michel Rauchs, author of a Cambridge university study on cryptocurrency miners.

“With hashrate derivatives, they can price in risk.”

London-based DAG Global, which pitches itself as a cryptocurrency merchant bank, said miners were showing strong interest in the firm’s products for hedging hashrates.

“As the hashrate changes, you can go from being profitable to losing money very quickly,” said Robert Andersen, who leads DAG’s digital asset sales. “The contract insures you against that. It’s like insurance, and for that you pay a premium.”

Another firm, crypto trader GSR, said it has been working on similar products but, given the early stage of the market, was not yet ready to offer them.

“It’s going to take more than a few months for there to be significant liquidity,” he said, cautioning that a market could take a few years to develop.

And for sure, the market is at a very early stage. Firm figures are hard to come by, but some crypto players say it likely totals around $50-$100 million dollars a year.

For traditional investors, hunting high-yielding returns in an era of ultra-low interest rates, crypto miners could offer a tempting proposition.

With bitcoin trading at around $7,500, the 1,800 bitcoin that can be produced on any given day equates to an annual market of around $5 billion a year.

And many investors want a slice.

In an major example of a crypto mining company going public, last month Chinese giant Canaan launched a $90 million initial public offering on the Nasdaq, valuing the firm at around $2 billion.

While this is an indication of capital market appetite, Canaan is one of only a handful of giant, global crypto miners. Many others are smaller outfits that would likely have to work harder to convince investors they can manage their risks.

Still, said Marco Krohn, co-founder of Hong Kong-based Genesis Mining, which produces bitcoin from Iceland to Kazakhstan, hundreds of millions of investment dollars could be up for grabs.

“You need to leverage the traditional financial markets – and these people ask questions. They tend to be risk averse.”

To attract such investors, mining firms told Reuters they are looking more closely at controlling their risks – both on hashrates and prices – via financial tools.

“The adoption of derivatives in the mining community has definitely increased in recent months,” said Kevin Shao, a manager at Canaan’s blockchain unit, speaking through an interpreter.

It may be early days for crypto mining hedging tools, but changes are definitely afoot, said U.S. firm BitOoda, which has since April brokered a product known as a “difficulty swap”.

Sam Doctor, the company’s chief strategist, said the market for such products was growing more liquid, with the length of contracts also on the rise.

“There are more players on the sidelines watching how these trades perform before they take the step of trading themselves.”