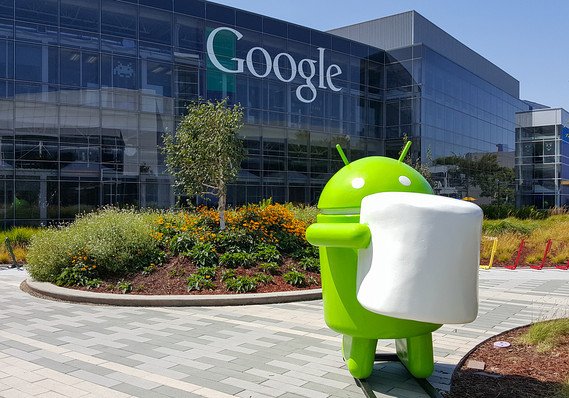 Alphabet Inc. shares soared to prices they have never reached in regular trading Monday in the extended session, as second-quarter earnings smashed expectations after accounting for a record antitrust fine out of Europe.

The Google parent company reported $3.2 billion in net income for the quarter, which works out to $4.54 a share, down from $5.01 a share a year ago, when the company also dealt with a big antitrust fine from the EU. Without the fine, Alphabet would have reported earnings of $11.75 a share, the company said, well higher than analysts’ average estimate of $9.64 a share, according to FactSet.

Alphabet reported revenue of $26.24 billion after accounting for traffic-acquisition costs, up from $20.91 billion in the second quarter of 2017 and higher than the average analyst estimate of $25.58 billion.

Google produces almost all of Alphabet’s revenue, with the lion’s share of that from its advertising business. Google reported revenue of $32.51 billion, but disclosed $6.4 billion in traffic-acquisition costs, or TAC, which is the portion of revenue that goes to other sites for sending eyeballs to Google ads. Combined, the Google division of Alphabet had $26.11 billion in revenue after accounting for TAC, against average analyst expectations of $25.48 billion, according to FactSet.

Non-ad businesses within Google — which includes its cloud-computing platform, hardware such as Google Home speakers and Pixel smartphones, and mobile-app revenue from its Play Store — reported revenue of $4.43 billion, up from $3.09 billion a year ago. Analysts on average expected those businesses to provide $4.4 billion in sales, according to FactSet.

Alphabet’s “Other Bets,” the more experimental businesses that are apart from Google within the company’s corporate structure, reported $145 million in revenue, down from $248 million a year ago, and an operating loss of $732 million. Alphabet has transitioned the Nest hardware business to Google and cut back on or moved some of the Other Bets in the past year. Analysts on average expected Other Bets to report $162 million in revenue with an operating loss of $692 million.