Home » Industries » CES 2020: Delta promises free Wi-Fi as it looks to succeed where other airlines have failed

CES 2020: Delta promises free Wi-Fi as it looks to succeed where other airlines have failed

LAS VEGAS – Delta Air Lines Inc.’s chief executive says he wants to bring “magic” back to air travel. His main promise, free Wi-Fi on all flights, would be magical, based on other airlines’ failures to make it happen.

“As the airline industry enters its second century, we see tech as the tool to continue to innovate,” he said in a CES keynote speech on Tuesday. Bastian said Delta has spent billions of dollars in recent years to turn its technology from a vulnerability to an asset.

Sound familiar? Like British Airways, Virgin America Inc. and others before it, Delta says it wants to redefine the travel experience through technology. Easier said than done, based on the unfulfilled promises from other airlines of free Wi-Fi, enhanced in-flight entertainment, and other ambitious efforts. Like its rivals, Delta faces a multitude of technological and financial hurdles to meet its sky-high expectations.

Delta’s advantage is in its status as the most valuable carrier, says airline expert Seth Kaplan, author of “Glory Lost and Found: How Delta Climbed From Despair to Dominance in the Post-9/11 Era.”

“They make more money, so they are able to invest in things,” Kaplan told MarketWatch in a phone interview. “They said they would have RFID for baggage, and they did it. They want to be the leader in in-flight entertainment, which they have been.”

But earlier promises from other airlines have fallen short – from the option of booking flights through Facebook Inc. FB, +0.39% to boarding passengers via facial recognition. British Airways is in the process of actively seeking technology partners to improve operational efficiencies. Some of the areas it is exploring are in blockchain, A.I., and virtual reality.

“Free Wi-Fi depends on bandwidth availability,” Kaplan said. “This has been one area that airlines have hoped to reach but haven’t so far. Only JetBlue JBLU, -0.84% has been able to offer systemwide free Wi-Fi.”

See also: Airlines are looking for tech solutions to ease our travel angst

The contours of Delta’s DAL, +0.10% next-generation plan were on full display in an hour-long demonstration Tuesday morning, when Bastian’s keynote marked the opening of the 2020 CES, a gigantic trade show focused on technology. His presentation was highlighted by “parallel reality,” a personalized message board for overseas passengers upon their arrival at Detroit Metropolitan Wayne County Airport, and the world’s first self-powered, untethered robotic exoskeleton for employees to move heavy objects.

The boards in Detroit are an offshoot of a program started in December 2018 for international travelers out of Atlanta. That plan uses biometrics to let passengers navigate through gates and Delta Sky Club lounges without having to repeatedly look for their personal ID.

At CES this year, Bastian outlined a new wrinkle to its Fly Delta app, referred to as a “personal concierge” by company officials. It’s a link to Lyft Inc. LYFT, +3.27% for pickup at home, as well as time estimates for getting to the gate, boarding and flight departure. The Atlanta-based airline is plunging into deep learning with programs that optimize seat assignments for groups such as families and business executives, and software-support tools to better manage flight schedules during inclement weather.

Passengers will be kept in the loop on weather changes and the duration of turbulence during flights, Bastian told MarketWatch in a phone interview before his keynote. (United last year introduced ConnectionSaver, a service for travelers at Denver International Airport and Chicago O’Hare International Airport that lets them find connecting flights while ensuring those who have already boarded the aircraft arrive at their destination on time.)

Because the estimated 200 million people who fly Delta annually spend on average three hours per flight, Delta is working with studios and developing its own content for in-flight entertainment. One of the concepts it is exploring is a “binge button” so passengers can watch their favorite shows consecutively.

Delta’s loftiest objective may be its goal of offering free Wi-Fi on all flights, which Bastian has joked should be possible because its planes — while traveling at 30,000 feet — are technically closer to satellite networks.

“I’m a firm believer that we need to make Wi-Fi free across all of our service, and we are working toward that,” he said.

See also: The CEO of the largest airline offers one simple reason that Wi-Fi on planes isn’t free

What Delta didn’t provide was a timetable on when to expect all the features. Free Wi-Fi, for instance, is a quantum leap. Many airlines have enough trouble providing consistent Wi-Fi service at a steep, one-time price.

Delta has a plan to distinguish itself from other carriers and help redefine the flying experience for millions of consumers, elevating itself in the market and modernizing an industry badly in need of an infrastructure upgrade.

“It’s the next generation in development of travel technology,” Bastian told MarketWatch in a phone interview before his CES keynote speech. “We believe innovation in our space is core to our mission, and will restore the magic of flight.”

The grand nature of Delta’s technology blueprint – from leaving to the airport to arriving at travel destination – offers a picture of what air travel will be now and in the immediate future, said Bastian, 62, who admitted he didn’t travel by air until he was 25.

As the world’s most valuable airline (Delta shares rose 17.4% in 2019 for a market cap higher than $38 billion), it has the resources to undertake such a massive undertaking, according to Bastian. (Shares of Delta’s main rival, American Airlines Group Inc. AAL, -0.59% , declined 12% in 2019.)

“We need to enhance the ground experience in a travel space whose infrastructure was largely built in the 1960s,” Bastian said. 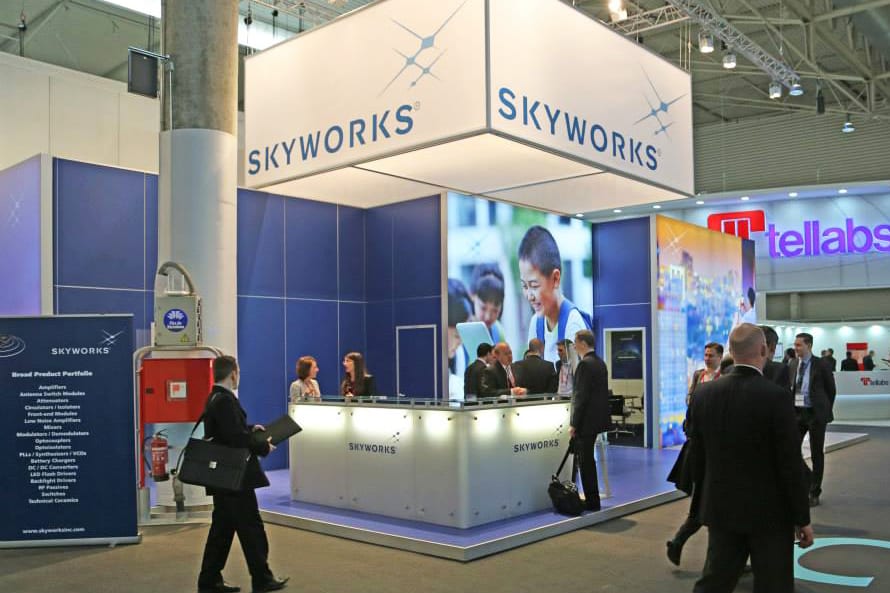 JPMorgan to move $230 billion of assets to Germany ahead of Brexit: source
We and our partners use cookies on this site to improve our service, perform analytics, personalize advertising, measure advertising performance, and remember website preferences.Ok