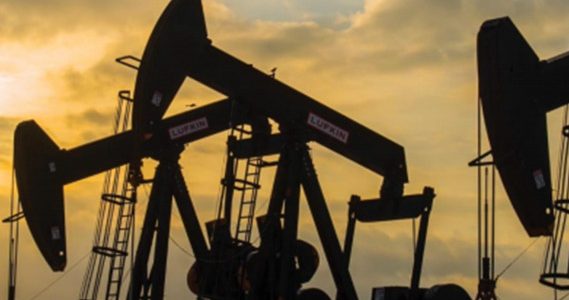 Shares of Chesapeake Energy Corp. soared on heavy volume Wednesday, after a series of debt financing moves that were announced helped provide the struggling oil and natural gas company with additional financial flexibility.

The Oklahoma City-based company said before the market open that it has engaged with a number of banks to help with the arrangement of a $1.5 billion secured 4 1/2-year term loan facility. Chesapeake said it plans to use the proceeds of the loan to finance a tender offer for unsecured notes issued by its Brazos Valley Longhorn LLC and Brazos Valley Longhorn Finance Corp. subsidiaries, and to fund the retirement of Brazos Valley’s secured revolving credit facility.

“Chesapeake expects these transactions to improve its financial flexibility, as they will allow Brazos Valley and its subsidiaries to support Chesapeake’s current and future debt,” the company said in a statement.

Analyst Neal Dingmann at SunTrust Robinson Humphrey said “most importantly,” the amendments to Chesapeake’s credit facility increases the company’s borrowing ability, to a leverage ratio of 4.5-times from 4.0-times. In the company’s 10-Q filing of audited third-quarter results, the company defined leverage ratio as the ratio of consolidated debt to consolidated earnings before interest, taxes, depreciation, amortization and exploration expense.

Dingmann said that while he views the financing deals as a “positive” for Chesapeake, as it gives the company with additional financial flexibility for future transactions, he still believes “large asset monetizations” are critical in addressing debt maturities over the next few years, as leverage remains well above the company’s peer group.

“While the newly announced transactions appear to buy Chesapeake time, we believe asset sales remain critical to the going concern,” Dingmann wrote in a note to clients.

What may also be providing a boost to Chesapeake’s stock is a rally in crude oil prices. Continuous crude oil futures jumped 3.5%, after U.S. government data showed the first contraction in inventories in six weeks. See Futures Movers.

The stock has plunged this year, to a close last month at the lowest price since May 1994, as the company has reported financial results that missed Wall Street expectations for three straight quarters. The company’s struggles were highlighted by Chesapeake’s warning that it had “substantial doubt about our ability to continue as a going concern.”

SunTrust’s Dingmann reiterated his hold rating on Chesapeake’s stock and $1 price target. That compares with the average rating of the 21 analysts surveyed by FactSet of the equivalent of underweight.

Oil settles higher for the session, lower for the week

U.S. oil prices edge up for the session, lose close to 5% for the week