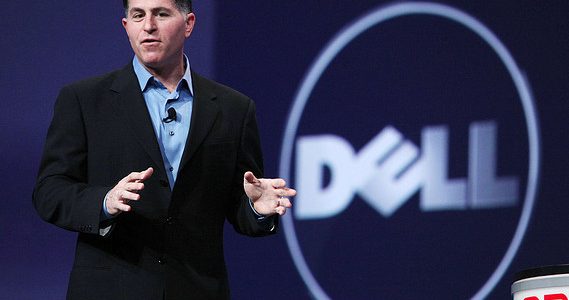 Dell Technologies Inc. has been contacting large shareholders of an affiliate about sweetening a roughly $22 billion bid to buy them out before the unpopular deal goes to a vote next month.

In the past week, Dell representatives have approached a handful of large holders of shares in Dell Technologies Inc. Class V, DVMT, +0.43% known by its ticker DVMT, to discuss what they would need in a recut deal, people familiar with the matter said.

Dell could decide as soon as this week whether to increase the offer for DVMT shares, which track the personal-computer and data-storage giant’s controlling stake in cloud-computing company VMware Inc. VMW, +0.06% . There is no guarantee Dell will end up improving the terms, and it is unclear how much of a sweetener may be under consideration.

A deal would mark Dell’s return to the public markets and simplify its complex structure. The company has previously ruled out increasing the $109-a-share offer amid investor resistance and has also explored the possibility of a straight initial public offering instead. The proposed buyout, spearheaded by founder Michael Dell and investment firm Silver Lake, faces intense opposition from several large shareholders, including activist investor Carl Icahn, who owns a roughly 8.3% stake. He is urging others to vote against the deal and last week sued Dell, accusing it of withholding information.

Get the top tech stories of the day delivered to your inbox. Subscribe to MarketWatch's free Tech Daily newsletter. Sign up here.

Sonos is about to report its first public quarter. Here’s what to watch.